Ted Tyszka
April 2018 in Catalog Reviews 2 LikesVote Down
After the ridiculous Justice League Rebirth issue, I dropped the title from my pull list. I did not touch one subsequent issue of the current run. When so many comic reviewers give out "10" ratings like candy, it is telling that, on ComicBookRoundup, the aggregate ratings for this series were so abysmal. 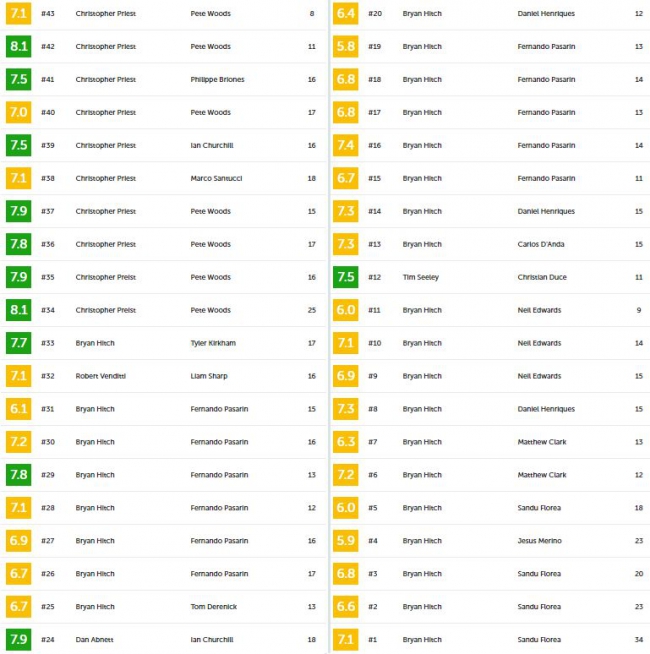