Please Add One Shot Press to the publishers list 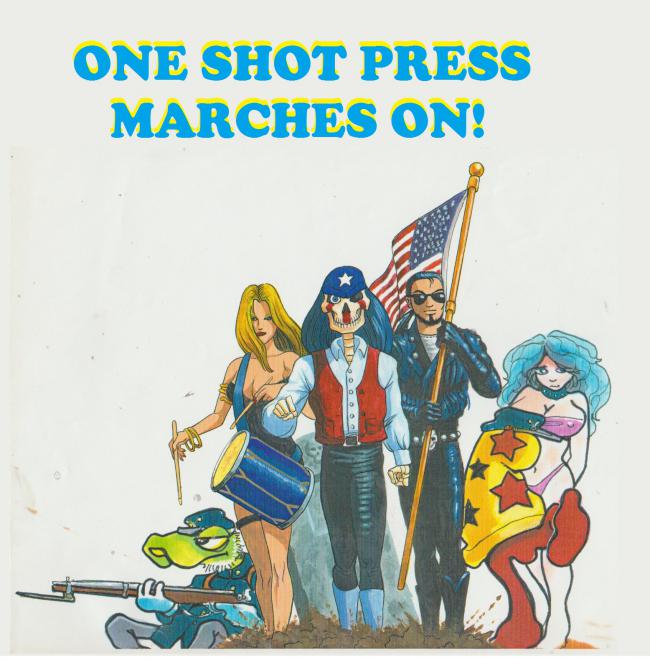 One Shot Press - founded in 1991 - has been reviewed by Wizard, Hero, Comic Buyer's Guide, and many other trade publications. Diamond Distributors picked us as a "Gem" and said there was no one else like us. Our Title's include "The Captain's Jolting Tales," "Midnite's Quickies," "The Philistine," Strictly Independent," "The Captain's Crypt of Horrors," Trade paper back (5 star review on Amazon) "Dr. Klot's Twisted Tales," "The Jester's Moon," The "Arlington Hammer Convention Special," the "Midnite's Quickies" digest sized paper back and the "Arlington Hammer, Ass Kickin' Vampire Killer" Trade paper back. Current projects include the Commander Zero of Mars" Trade paper back and another trade paper back, working title is "The Smoking Gun."

One Shot Press also has a 6 trading card set printed on holo/prism stock, and was featured in both "Independent Trading Card Universe" card sets, with our cards picked to be "Gold" cards in both sets.

One Shot Press is one of the featured comic publishers in Kevin Smith's film "Chasing Amy."

When I signed up for a store at Hip Comic, I found One Shot Press is not listed as a publisher. Can we please fix this oversight?