Ted Tyszka
November 2016 in Catalog Reviews 3 LikesVote Down
This is my favorite story from my youth. I was 13 when it came out (cover dated June & July 1968). It was written by a 16 year old Jim Shooter, who would later become editor-in-chief at Marvel. He also did the interior layouts which were then penciled by Curt Swan. 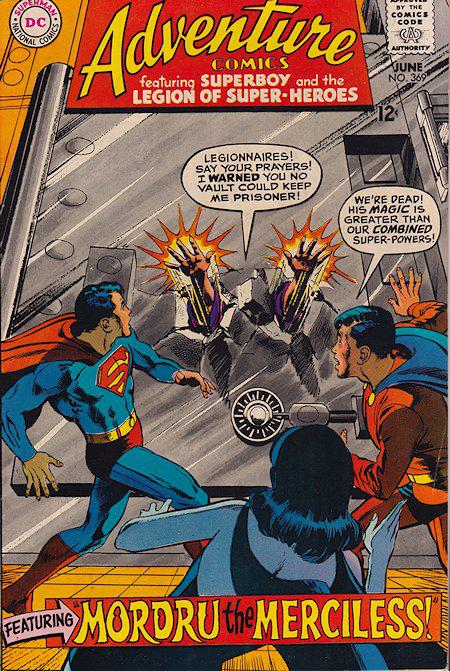 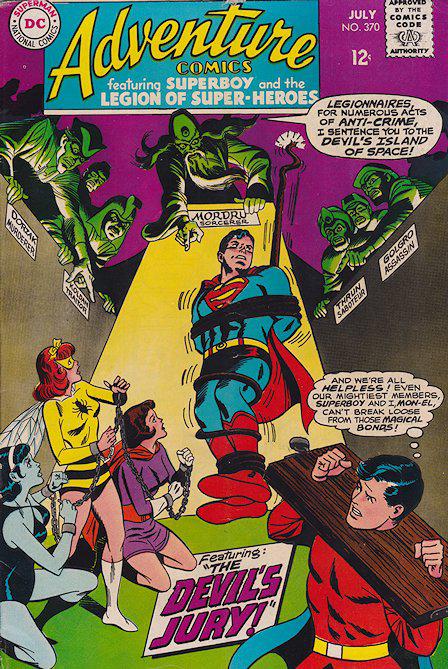 Shooter submitted his first stories to DC when he was 13, and at the age of 14 was contacted by editor Mort Weisinger to write regularly. He created several enduring characters for the Legion, including Karate Kid, Ferro Lad, and Princess Projectra, as well as the villain of this piece, Mordru. For Action #340, he introduced the Parasite, one of Superman's most formidable foes.

Shooter displays a maturity in his plotting that belies his young age. No less a writer than Mark Waid declares this story the template for everything he likes in comics. The final page brought a cliff-hanger that had me counting the days til the next issue. I couldn't wait.

The last panel on the next-to-last page...: 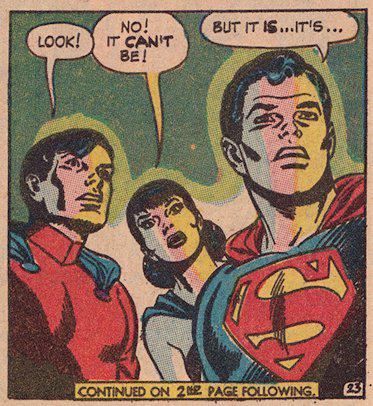 ...then you are met with this awesome scene: 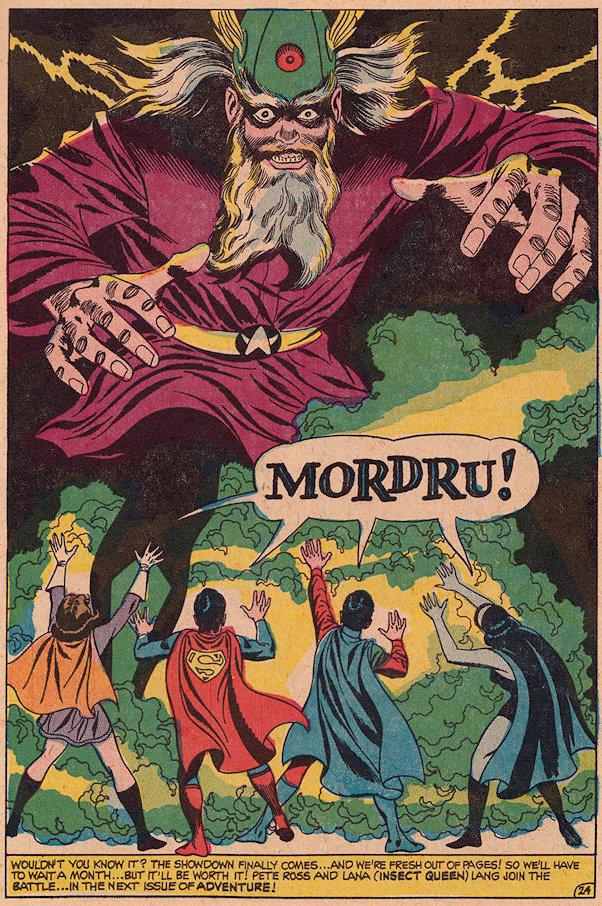 Of course, you know it has an HEA (happily ever after ending), so it will be no spoiler to show you the final panel, in which Mon-El waxes chauvinistically about the outcome: 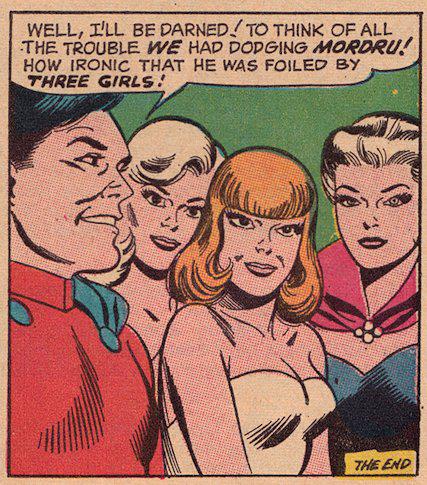 Stories like this one, are what made Adventure and Action comics my favorite titles, when I was growing up.