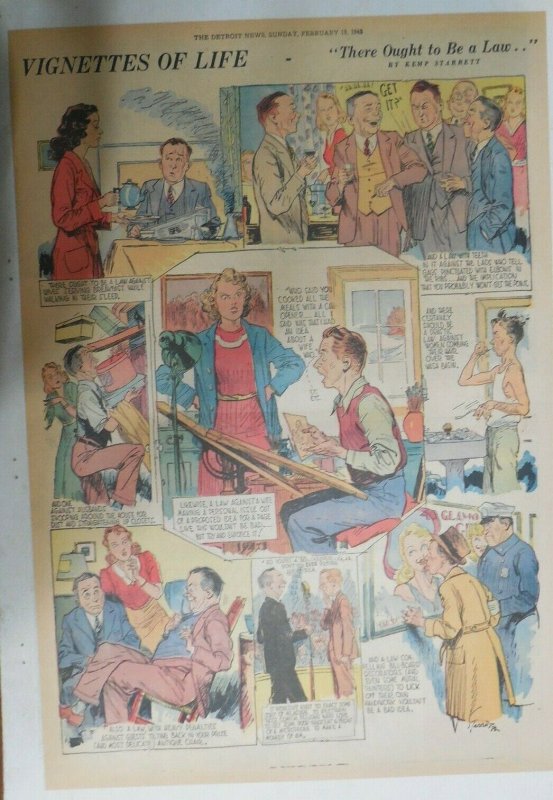 This is a VIGNETTES OF LIFE_ _SUNDAY PAGE BY KEMP STARRETT. This was a syndicated feature that ran for many years in the Sunday Comics Section of many newspapers. GREAT ARTWORK! Wonderful Images for Presentation and Display! These Frame Very Nicely! This ... Read More

This is a VIGNETTES OF LIFE_ _SUNDAY PAGE BY KEMP STARRETT. This was a syndicated feature that ran for many years in the Sunday Comics Section of many newspapers. GREAT ARTWORK! Wonderful Images for Presentation and Display! These Frame Very Nicely! This was cut from the original newspaper Sunday comics section of 1942. SIZE: 15 X 22 INCHES (LARGE FULL SIZE PAGE!). PAPER: SOME LIGHT TANNING, OTHERWISE: EXCELLENT! BRIGHT COLORS! PULLED FROM BOUND VOLUMES! (PLEASE CHECK SCANS) Please include $5.00 Total postage on any size order (USA) $20.00 International FLAT RATE. I combine postage on multiple pages. Check out my other auctions for more great vintage Comic Strips and Paper Dolls. THANKS FOR LOOKING!

The Public Ledger Syndicate (known simply as the Ledger Syndicate) was a syndication company operated by the Philadelphia Public Ledger that was in business from 1915 to circa 1950 (outlasting the newspaper itself, which ceased publishing in 1942). The Ledger Syndicate distributed comic strips, panels, and columns to the United States and the United Kingdom, Ireland, Canada, Sweden, New Zealand, and Australia. The syndicate also distributed material from the Curtis Publishing Company's (the Public Ledger's corporate parent) other publications, including The Saturday Evening Post, Ladies' Home Journal, and The Country Gentleman.

From 1933 to 1941, the Ledger Syndicate was a key contributor to the burgeoning comic book industry, with many of the company's strips published in both the seminal Funnies on Parade, and what popular culture historians consider the first true American comic book, Famous Funnies.

The Syndicate was particularly active in the 1920s, when it launched a number of comic strips, including such long-running titles as Connie, Dizzy Dramas, Dumb-Bells, Hairbreadth Harry, and Modish Mitzi.

In 1933, just as the concept of "comic books" was getting off the ground, Eastern Color Printing began producing small comic broadsides for the Ledger Syndicate, printing Sunday color comics from 7" x 9" plates. Eastern Color sales manager Harry I. Wildenberg and his coworkers realized that two such plates would fit on a tabloid-sized page; later that year, Wildenberg created the first modern-format comic book when idly folding a newspaper into halves and then into quarters, finding that a convenient book size. Shortly thereafter, Eastern Color published Funnies on Parade, which reprinted in color several comic strips licensed from the Ledger Syndicate, the McNaught Syndicate, Associated Newspapers, and the Bell Syndicate, including the Ledger Syndicate strips Hairbreadth Harry, Nipper, High-Gear Homer, and Somebody's Stenog. Eastern Color neither sold this periodical nor made it available on newsstands, but rather sent it out free as a promotional item to consumers who mailed in coupons clipped from Procter & Gamble soap and toiletries products. The company printed 10,000 copies, and it was a great success.

Not so happily, the Ledger Syndicate was one of a number of syndicates in 1936â1937 which rejected Jerry Siegel & Joe Shuster's proposed Superman comic strip.

The Public Ledger closed down in 1942 and most of the Ledger Syndicate strips ended that year as well, with the exception of Frank Godwin's Connie, which kept going until 1944. Syndicate manager George Kearney tried writing a strip called Rink Brody, illustrated by H. Draper Williams, but it was not successful, coming to a close in 1946. Around that same time, author Walter B. Gibson put together the Gibson Studio from the art staff remnants of the Ledger Syndicate Studio and the Jack Binder Studio.

The syndicate stayed afloat a few more years on columns and features, finally closing its doors circa 1950.

The syndicate's most popular/long-running comic strips were A. E. Hayward's Somebody's Stenog; Hairbreadth Harry (by C. W. Kahles and later by F. O. Alexander); Frank Godwin's Connie and Babe Bunting; Joe Bowers' Dizzy Dramas; Clare Victor Dwiggins ("Dwig")'s Footprints on the Sands of Time and Nipper; and Roy Powers, Eagle Scout ("the official strip of the Boy Scouts of America"). Frank Godwin had a number of strips with the Ledger Syndicate, including Rusty Riley, Vignettes of Life, War on Crime, and Roy Powers, Eagle Scout, in addition to Connie and Babe Bunting.

Hairbreadth Harry by C. W. Kahles and F. O. Alexander (1923â1940) â originated with The Philadelphia Press Syndicate and then the McClure Syndicate[18]

Footprints on the Sands of Time by Dwig (1931â1937) â taken over from the McClure Newspaper Syndicate, which ran it in 1929

A second, unrelated iteration of the Ledger Syndicate operated from 1966 to c. 1973, headquartered in New York City at the Overseas Press Club Building on West 40th Street. The syndicate president was John W. Higgins, and the syndicate distributed strips such as Batman (taking advantage of the popularity of the Batman TV series), a couple of strips by Batman creator Bob Kane, and a revived version of the 1920s Ledger strip Hairbreadth Harry. From 1967 to 1971, the syndicate also distributed Eric Hoffer's column, Reflections (to 214 client papers in early 1968).

*please note: collecting and selling comics has been my hobby for over 30 years. Due to the hours of my job i can usually only mail packages out on saturdays. I send out priority mail which takes 2 - 7 days to arrive in the usa and air mail international which takes 5 - 30 days depending on where you live in the world. I do not "sell" postage or packaging and charge less than the actual cost of mailing. I package items securely and wrap well. Most pages come in an archival sleeve with acid free backing board at no extra charge. If you are dissatisfied with an item. Let me know and i will do my best to make it right. 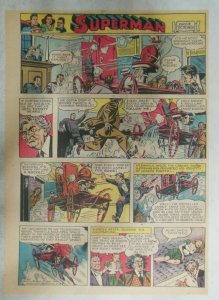 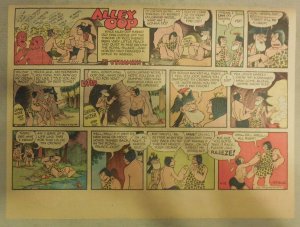 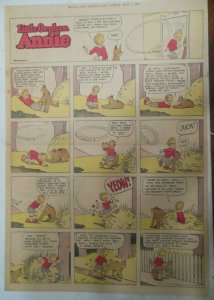 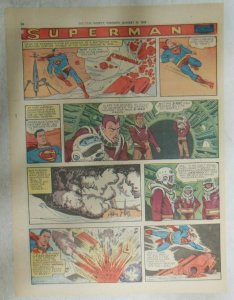