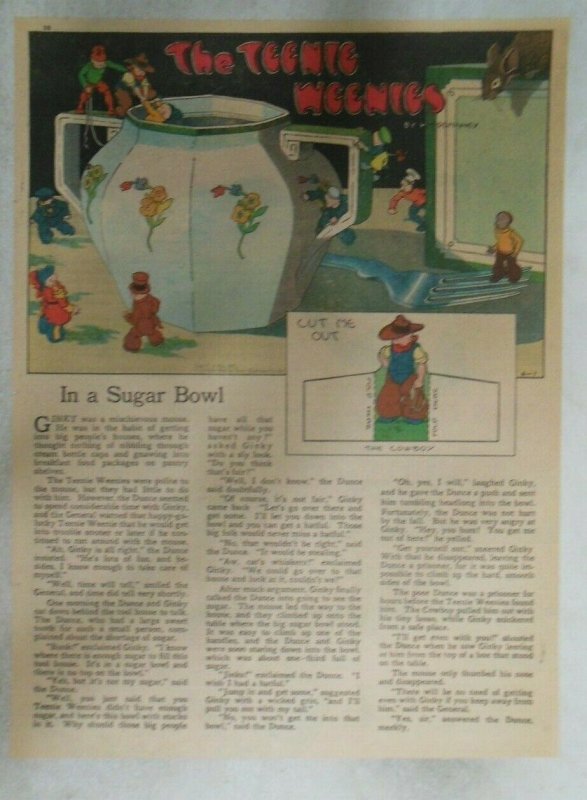 This is a _THE TEENIE WEENIES__ _SUNDAY PAGE BY WILLIAM DONAHEY. TOUGH TO FIND VERY EARLY PAGES! GREAT ARTWORK! This was cut from the original newspaper Sunday comics section of 1942 OR 1943. SIZE: ~11 X 15 INCHES (TABLOID FULL PAGE). PAPER: SOME LIGHT TANNING, SLIGHTLY TRIMMED, A FEW HAVE SMALL ARCHIVAL REPAIRS ON THE BACKSIDE, OTHERWISE EXCELLENT! PULLED FROM LOOSE SECTIONS! (PLEASE CHECK SCANS) FREE POSTAGE !(USA) $20.00 International FLAT RATE. I combine postage on multiple pages. Check out my other auctions for more great vintage Comic strips and Paper Dolls. THANKS FOR LOOKING!

*Please Note: THESE TABLOID SIZE PAGES ARE Extremely Rare IN ANY CONDITION! THESE ARE VERY NICE OVERALL!

This Page Is Printed in Full Color! as Shown.

The Teenie Weenies is a comic strip created and illustrated by William Donahey that first appeared in 1914 in the Chicago Tribune and ran for over 50 years. It consisted of normal-size objects intermingled with tiny protagonists. The comic strip characters were two inches tall and lived under a rose bush.They lived with "real world" size materials made from discarded objects like hats, jars, barrels, kegs, and boxes – all of which were gigantic to them.

History
The strip was inspired by Palmer Cox's The Brownies and was done in the form of text with a single large picture. Unlike the Brownies where the text was written in verse, Donahey wrote in prose. The Teenie Weenies first appeared in black and white in the women's section of the Chicago Tribune on June 14, 1914. This first story was of the Top Hat house burning down. The comic strip ran as a one panel story with a picture until 1923. It then moved to the comics page as a strip cartoon. Color versions soon appeared in the magazine section of the newspaper printed in rotogravure.

Donahey drew the comic strip until October 26, 1924 when it was then temporarily discontinued. Donahey's comic characters then went into advertising when the newspaper feature was stopped. It was then a symbol for Reid Murdock. Donahey did advertising for them in The Saturday Evening Post and on their Monarch canned foods line.

Several books of the strip comic characters were also published by Beckley-Cardey Company and Reilly & Lee. In an effort to stimulate new interest in the Teenie Weenies, Reid Murdock and Company in 1927 issued an eight-page pamphlet called The Teenie Weenies: Their Book. On September 24, 1933, the daily comic strip was added again to the Chicago Tribune newspaper. It went then only for about a year and was suspended again on December 2, 1934.

In 1940 and 1941 four of The Teenie Weenies books were reprinted. On May 18, 1941, the Sunday comic strip feature came back permanently. It continued until Donahey's death. During this third time that it was published, two sets of reprints came out. Whittlesy House published three books between 1942 and 1945. Ziff-Davis published two standard-size comic books in 1950 and 1951. Donahey retired in 1969. The last newspaper comic strip episode appeared February 15, 1970. Donahey died February 2 of the same year and never saw the last episode published.

Characters
Donahey's comic strip characters tended to be named after their most prominent characteristics, examples being the Sailor, the Chinese man, the Cook, the Policeman, the Lady of Fashion, the Dunce, the Old Soldier with a Wooden Leg, etc. Each character had a personality accordingly which was not just based on their clothing. According to John D. Taylor, a founding member of the Kansas City Science Fiction and Fantasy Society, there were 45 members of the Teenie Weenie village. Below is Taylor's list of the Teenie Weenies.

. the Fire Department: 1914. Like the Army, an unnamed band later replaced by individual Teenie Weenies.

19. Grandpa(s). 1914-1924. In the earliest strips there are at least two Grandpas, but later only one. Teenie Weenie Town (1942) mentions "a Teenie Weenie grandpa", but there is no picture, and he does not have an important role.

. Henry: there is no Teenie Weenie named "Henry". The editor of Harvey Magazine # 7 renamed the Chinese man "Henry".

24. the Lady of Fashion: 1914-1970. At first vain and interested only in clothes, she became the village school-mistress, nurse, etiquette supervisor, and housekeeper.

. the Professor(?): 1914. Wearing a mortarboard and spectacles, never named but quite prominent in the earliest strips..

??. Santa: 12/23/1945. The Christmas symbol, as a Teenie Weenie, was actually the cut-out, which means he was a Teenie Weenie, even if he's not, really. Jack Frost, the Easter Bunand Father Time also made appearances in dreams or tales told by the elders, but cannot really be counted.

. the Soldier. The 1/1/1945 cut-out (who doesn't appear in the story) is "Teenie Weenie Soldier", carrying a gun and wearing a uniform similar to the General's. In the 5/19/46 strip the Dunce and Gogo are on guard wearing the same uniforms, and the Dunce in uniform is the cut-out. There is no Teenie Weenie Soldier (except for the Old Soldier with a Wooden Leg) per se after 1914, see "the Army."

*please note: collecting and selling comics has been my hobby for over 30 years. Due to the hours of my job i can usually only mail packages out on saturdays. I send out first class or priority mail which takes 2 - 7 days to arrive in the usa and air mail international which takes 7 - 14 days or more! Depending on where you live in the world. I do not "sell" postage or packaging and charge less than the actual cost of mailing. I package items securely and wrap well. Most pages come in an archival sleeve with acid free backing board at no extra charge. If you are dissatisfied with an item. Let me know and i will do my best to make it right. 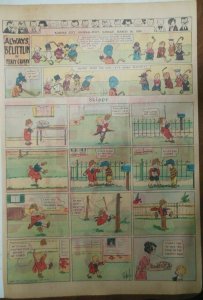 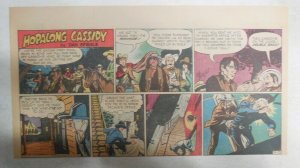 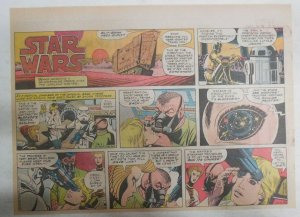 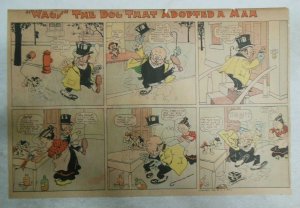 Wags The Dog That Adopted A Man ! from 1905 Full Color Half Page Size!