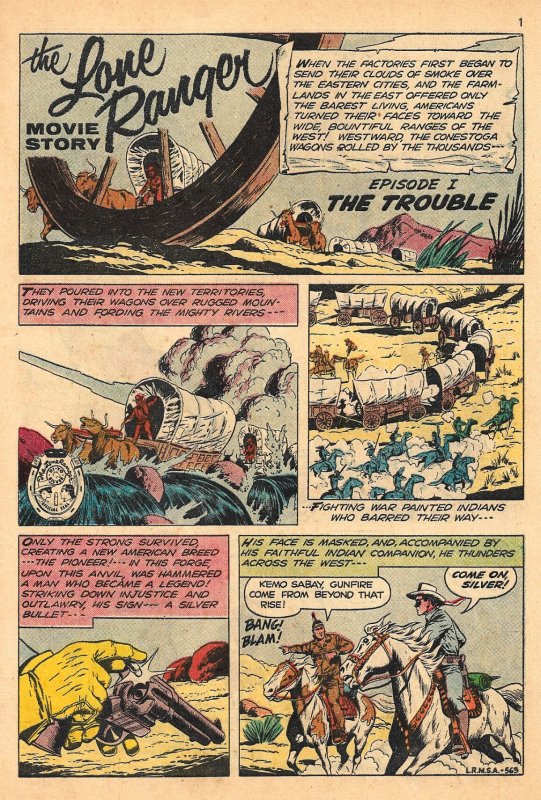 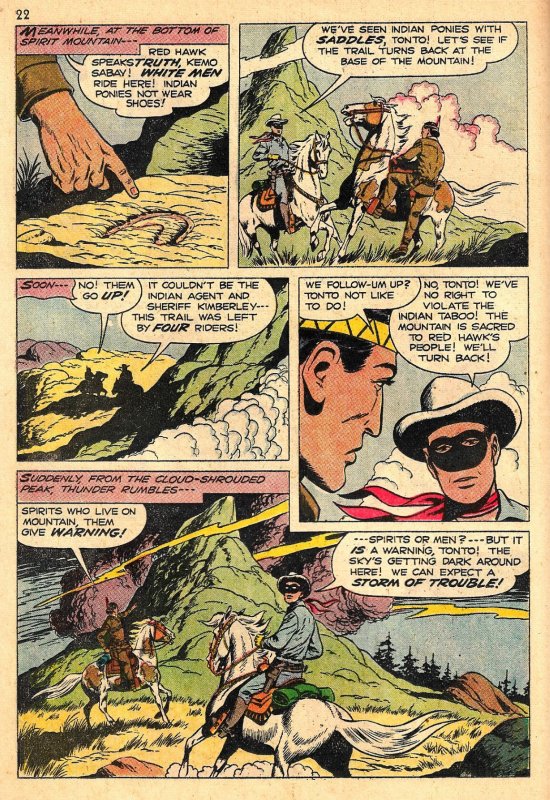 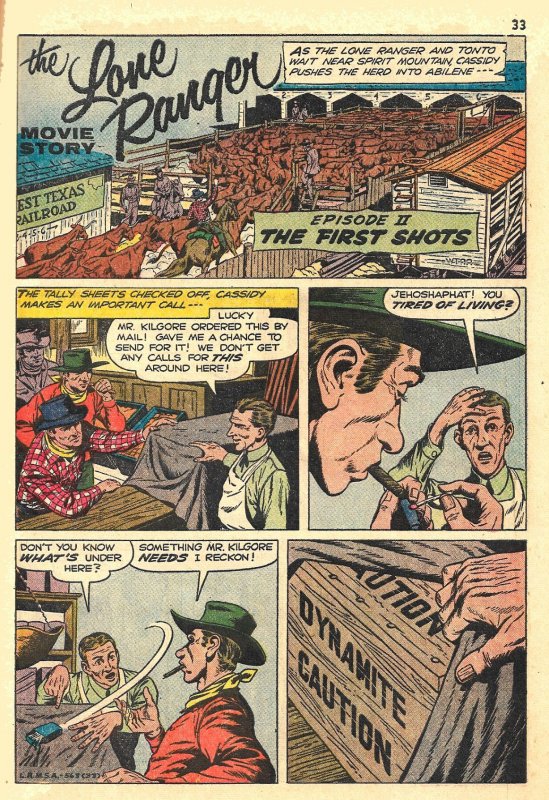 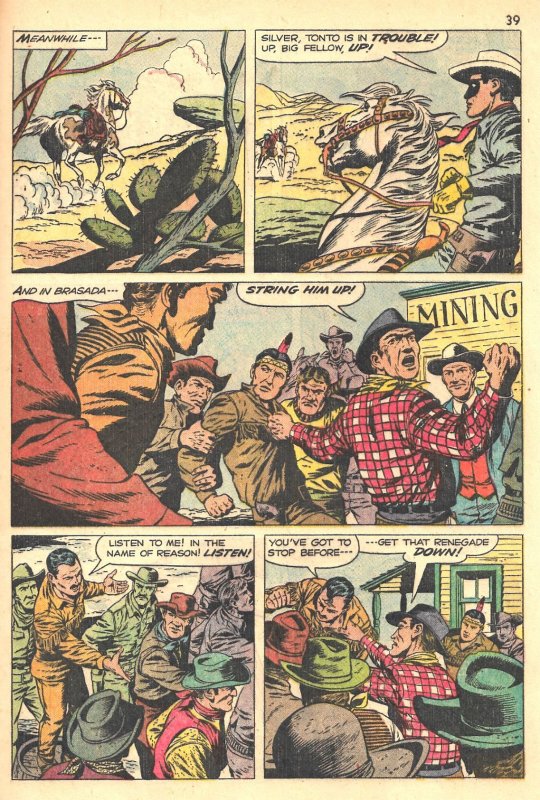 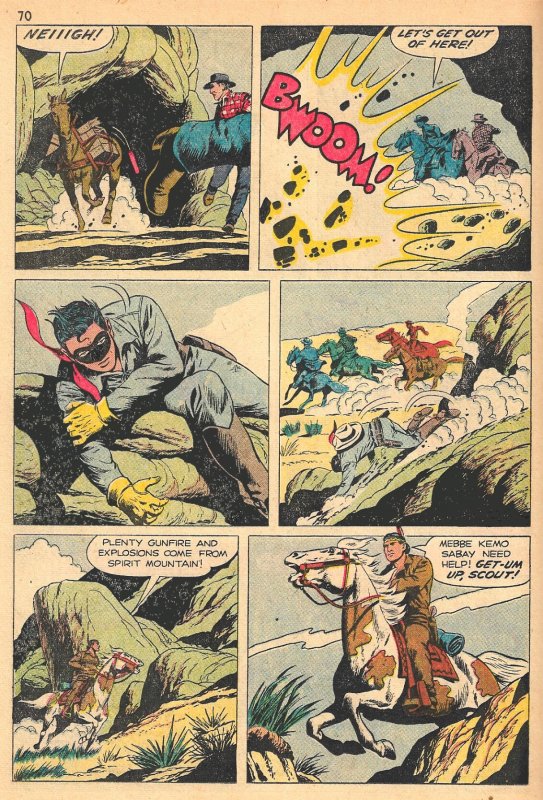 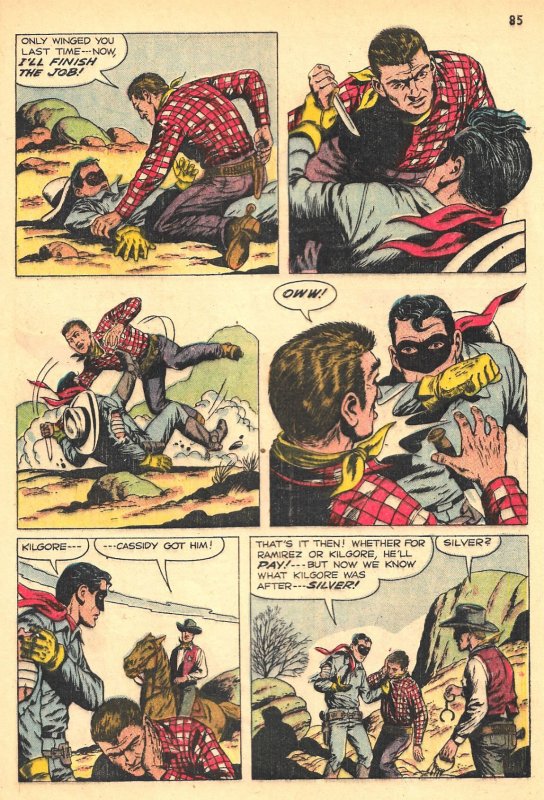 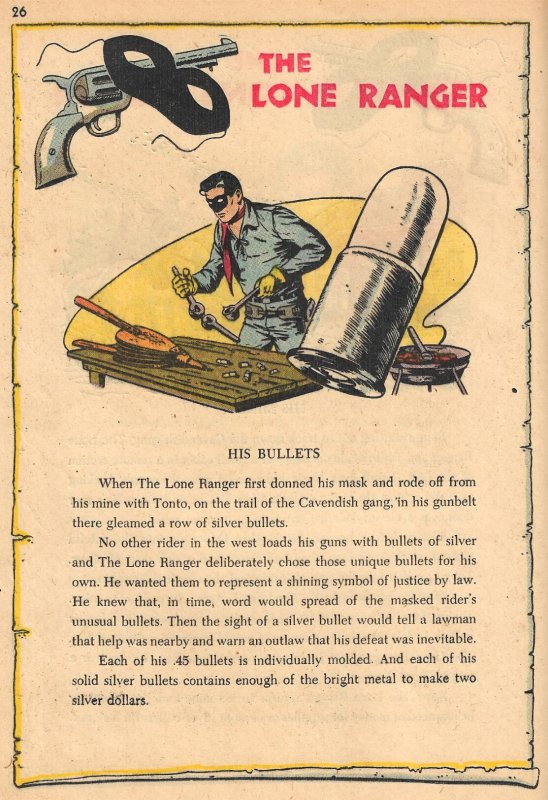 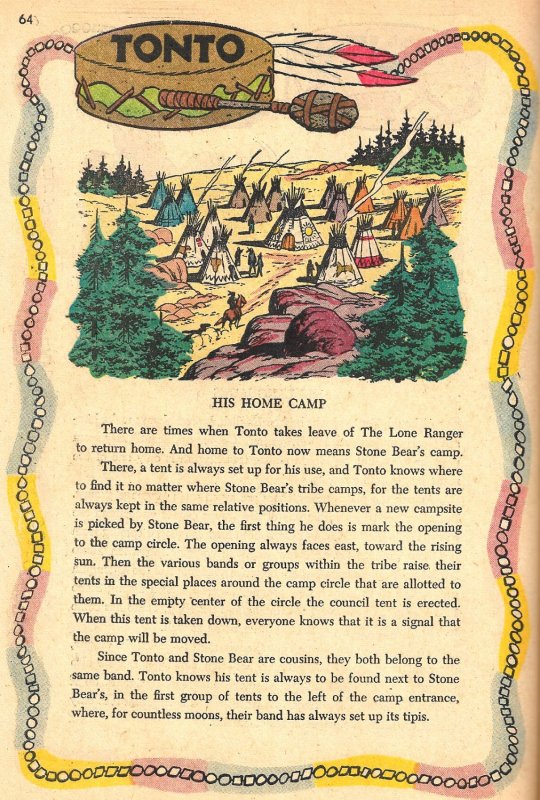 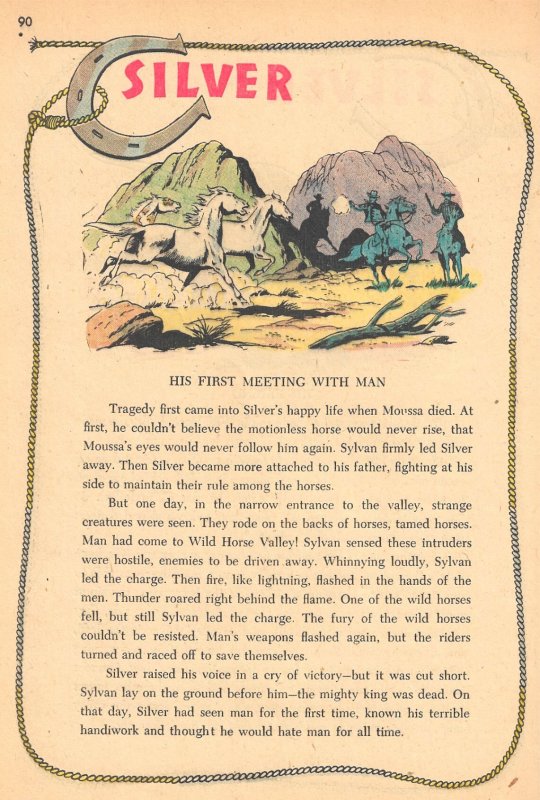 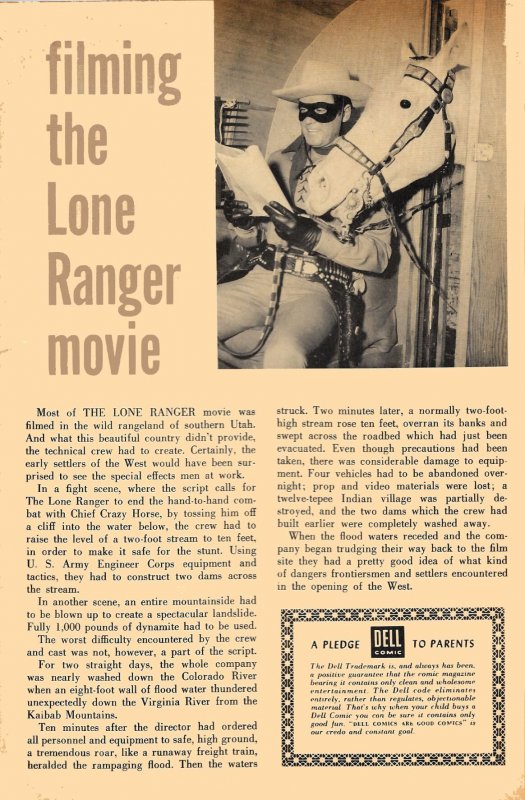 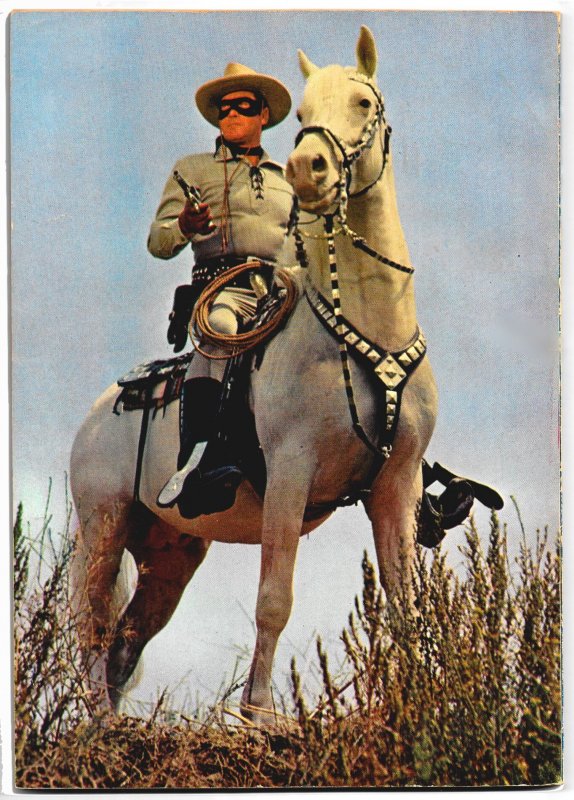 In 1956, DELL GIANT joined with the Wrather Corporation to promote the LONE RANGER's first feature film. Released in February of '56, the film starred TV's CLAYTON MOORE as the masked Man, and JAY SILVERHEELS as his faithful companion, TONTO. the movie ... Read More

In 1956, DELL GIANT joined with the Wrather Corporation to promote the LONE RANGER's first feature film. Released in February of '56, the film starred TV's CLAYTON MOORE as the masked Man, and JAY SILVERHEELS as his faithful companion, TONTO.

the movie and the comic both tell the story of the LONE RANGER, along with TONTO, investigating mysterious raids on white settlers by Indians who ride with saddles. Wealthy rancher Reese Kilgore wants to expand his land to include Spirit Mountain, which is sacred to the local tribes. The Lone Ranger realizes the natives wanted to keep settlers away so they would not discover the rich silver deposits on Spirit Mountain, while Kilgore wants to encourage a war between settlers and natives so that he can mine the mountain himself. Working with Chief Red Hawk, a cowboy named Ramirez, and a humorous disguise, the LONE RANGER discovers the true identities of the raiders, prevents war, protects the tribal lands, and rescues Kilgore's daughter from captivity.

The comic beautifully follows the movie script with well-researched and detailed artwork. There are stills from the film inside the front cover, and 10 illustrated pages each are devoted to short informational stories about the Lone Ranger, Tonto, and even Silver the horse!

This is an incredibly beautiful copy with its strong binding, absence of creases or chipping, glossy covers and supple pages. It has bright colors and no foxing! If you're looking for a quality copy for your DELL GIANT or LONE RANGER collection, this is it! Overstreet values this issue, in this grade of 8.5 VF+, at $290. For you, Kemosabee, we can say goodbye for $248. . . with FREE SHIPPING! 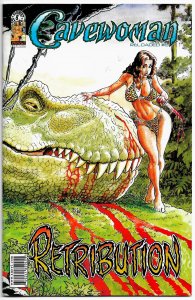 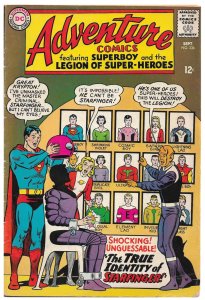 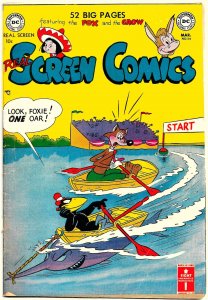 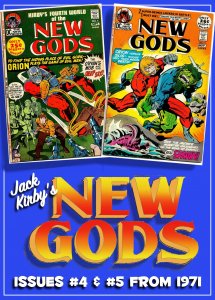