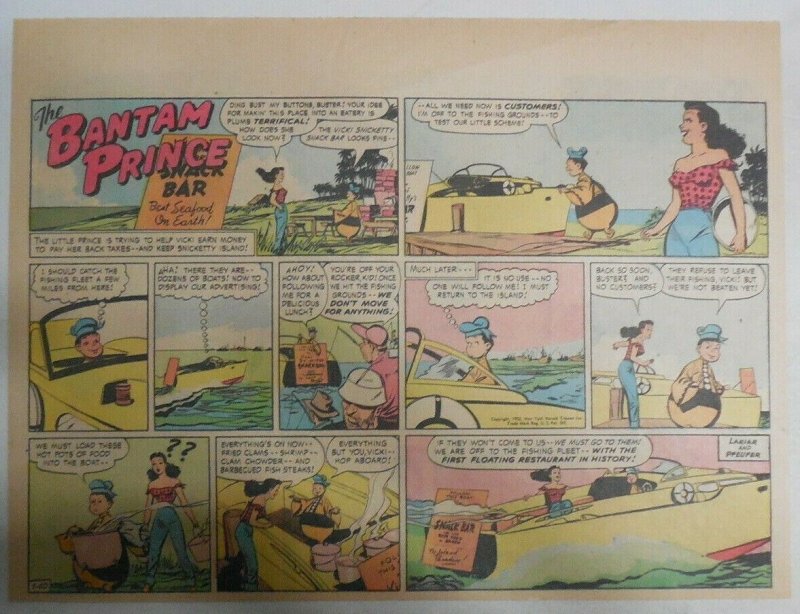 Condition:Paper: some light tanning, small archival repairs, otherwise: Excellent! Bright Colors! Pulled from loose sections! (Please Check Scans) This is a _THE BANTAM PRINCE_ SUNDAY PAGE BY LARIAR AND PFEUFER. FANTASTIC ARTWORK! This was cut from the ... Read More

This is a _THE BANTAM PRINCE_ SUNDAY PAGE BY LARIAR AND PFEUFER. FANTASTIC ARTWORK! This was cut from the original newspaper Sunday comics section of 1952. SIZE: ~11 X 15 INCHES (HALF FULL PAGE) PAPER: SOME HAVE LIGHT TANNING, A FEW HAVE SMALL ARCHIVAL REPAIRS, OTHERWISE: EXCELLENT! BRIGHT COLORS! PULLED FROM LOOSE SECTIONS! (PLEASE CHECK SCANS) $5.00 TOTAL POSTAGE (FLAT RATE!)(USA) $20.00 International FLAT RATE. I combine postage on multiple pages. Check out my other auctions for more great vintage Comic strips and Paper Dolls.

Carl T. Pfeufer (September 29, 1910 – May 5, 1980) was an American comic-book artist, magazine illustrator, painter and sculptor best known as one of the earliest contributors to American comic books; one of the primary early artists of the Marvel Comics superhero the Sub-Mariner; and the longtime artist of Western hero Tom Mix's comic books.

Early Life and Career
Though raised in New York City, New York, Carl Pfeufer was born in Mexico, as were his three older brothers, Herbert J., Alfred E., and Emil F. Pfeufer, while younger brothers James F. and William G. Pfeufer were born in Texas and New Jersey, respectively, and sister Ethel M. Pfeufer, the youngest child, and mother Anna Pfeufer, were born in New York State. The family immigrated to the United States in 1913. No father is listed in the 1930 federal census.

Per differing sources, Pfeufer either attended the college Cooper Union directly after high school, or attended Cooper Union at age 16 after attending a two-year vocational school for commercial art. He won a Hors Concours award for his life drawings, and later attended the National Academy of Design, where he was compelled to turn down a Prix de Rome scholarship due to family obligations. Regardless, he continued studying at the Grand Central School of Art, the Art Students League of New York, and privately with the American Impressionist painter William Starkweather.

In the 1930s, Pfeufer found work as a staff artist for the newspaper then known as The Brooklyn Daily Eagle. He also did magazine illustration, both for pulp magazines and for glossy magazines such as Macfadden Publications' Liberty, for which he painted covers.

In 1935, Pfeufer and writer Bob Moore created a science-fiction adventure comic strip titled either Don Dixon and the Lost Empire or Don Dixon and the Hidden Empire for the Brooklyn, New York, newspaper The Brooklyn Daily Eagle and its syndicate, the Watkins Syndicate.Premiering as a Sunday page on either October 6 or October 20, 1935, it was accompanied by a "topper" strip, Tad of the Tanbark. The following year, Pfeufer made his comic-book debut with reprints of the strips appearing as initially one- or two-page features in Dell Comics' Popular Comics #6-8 (cover-dated July-Sept. 1936). The two comic strips ran through 1942.

Regardless, these two features, published both in Popular Comics and Dell's The Funnies, grew to two pages each as of Popular Comics #28 (May 1938). Following the evolution of the nascent medium during the 1930s-1940s period known as the Golden Age of Comic Books, "Don Dixon" had become a six-page comic-book feature by the time its creators switched publishers and it was appearing in Centaur Comics' Amazing Mystery Funnies vol. 2, #-8-9 (Aug.-Sept. 1939). By then Pfeufer had succeeded John Hales as artist on another feature, "Gordon Fife and the Boy King", in Dell's The Comics and Eastern Color's Reg'lar Fellers Heroic Comics, where all three of Pfeufer's features were appearing by 1941. Who's Who lists this as a Watkins Syndicate strip for which Pfeufer drew the daily from 1936 to 1942 and the Sunday strip from 1940 to 1942. That source additionally lists another early Pfeufer feature, "Scissor Sketches", drawn from 1935 to 1937.

Pfeufer's first confirmed Sub-Mariner art, for Marvel Comics' 1940s forerunner, Timely Comics, was the 12-page story "Fingers of Death" in Marvel Mystery Comics #32 (June 1942), though Pfeufer may have inked over character-creator Bill Everett's pencil art, or even supplied some penciling himself, as early as the Sub-Mariner story in The Human Torch #6 (Winter 1941). Working initially through the studio Funnies, Inc., one of the comic-book "packagers" of the time that supplied features and complete comic books to publishers testing the waters of the new medium, Pfeufer drew the aquatic antihero in Marvel Mystery Comics, Sub-Mariner Comics (beginning with #6, Summer 1942), All Winners Comics, All Select Comics, and at least one issue of Captain America Comics. He continued with the character though Marvel Mystery Comics #79 (Dec. 1946), with an additional, four-page Sub-Mariner story turning up two years later in Blonde Phantom Comics #20 (Nov. 1948).

Later Life and Career
In the 1950s and 1960s, Pfeufer continued to do syndicated comics features, drawing Our Faith (1955-1962), Thoughts (1958-1962), and Our Space Age (1960-1969). He drew unspecified "adaptations" for Dell Comics, which often licensed film and television properties, from 1957 to 1959, and did illustrations for magazines including Off Beat Detective Stories, from the Holyoke, Massachusetts-based Pontiac Publishing, as well as for Outdoor Life and Readers Digest.

His next known comic-book work appears in a handful of superhero and science-fiction stories published in 1966 and 1967 by Harvey Comics, best known for such children's characters as Richie Rich and Casper the Friendly Ghost. With writer Otto Binder, Pfeuffer created the single-appearance features "Man from SRAM", starring an interplanetary policemen, in Jigsaw#2; "Robolink", in Spyman #2; "Alien Boy" in Thrill-O-Rama #3 (all cover-dated Dec. 1966); and "Campy Champ" in Spyman #3 (Feb. 1967). He also drew a pair of two-page science-fiction humor pieces in Unearthly Spectaculars #2-3 (Dec. 1966 - March 1967).

These were Pfeufer's last new comic-book works, although an evidently inventoried, five-page standalone horror story, "The House on Brook Street", appeared in Marvel Comics' Giant-Size Chillers #2 (May 1975), with no known previous publication.[9] He also did a set of four GI Joe comics as text for Peter Pan's Book and Record series in 1973.

Late in Pfeufer's life, the artist devoted himself to painting and sculpture. He was a resident of Kerr County, Texas, at the time of his death at age 69.

*please note: collecting and selling comics has been my hobby for over 30 years. Due to the hours of my job i can usually only mail packages out on saturdays. I send out first class or priority mail which takes 2 - 7 days to arrive in the usa and air mail international which takes 5 -30 days or more depending on where you live in the world. I do not "sell" postage or packaging and charge less than the actual cost of mailing. I package items securely and wrap well. Most pages come in an archival sleeve with acid free backing board at no extra charge. If you are dissatisfied with an item. Let me know and i will do my best to make it right 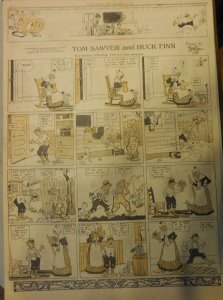 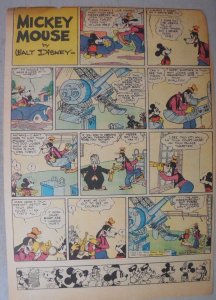 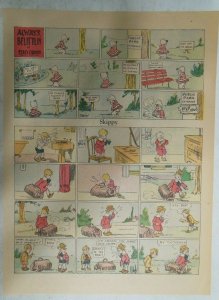 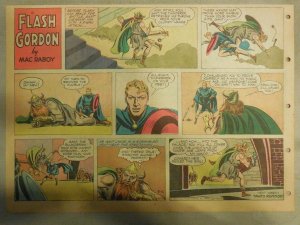