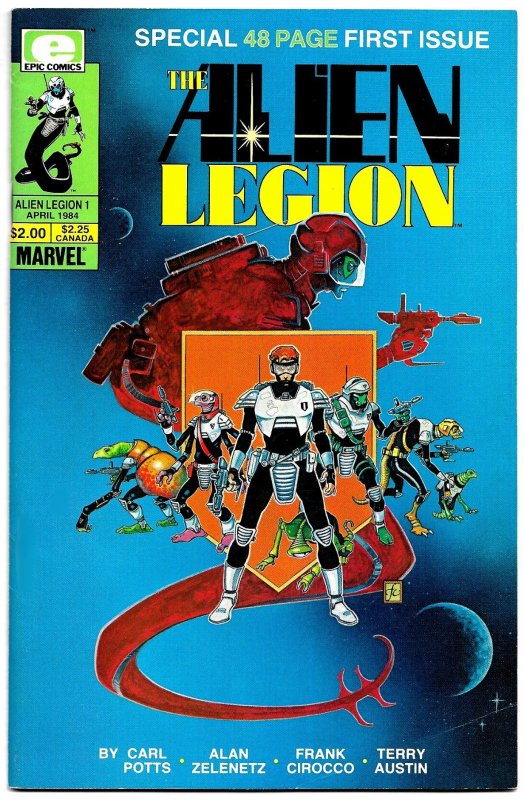 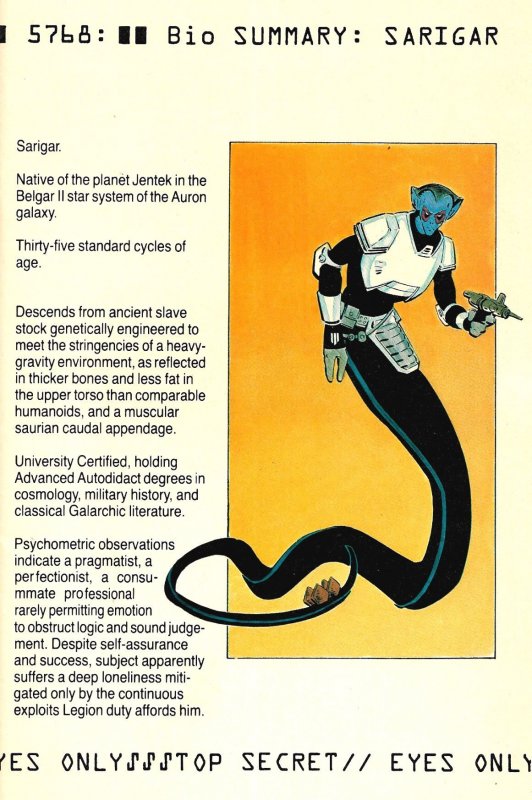 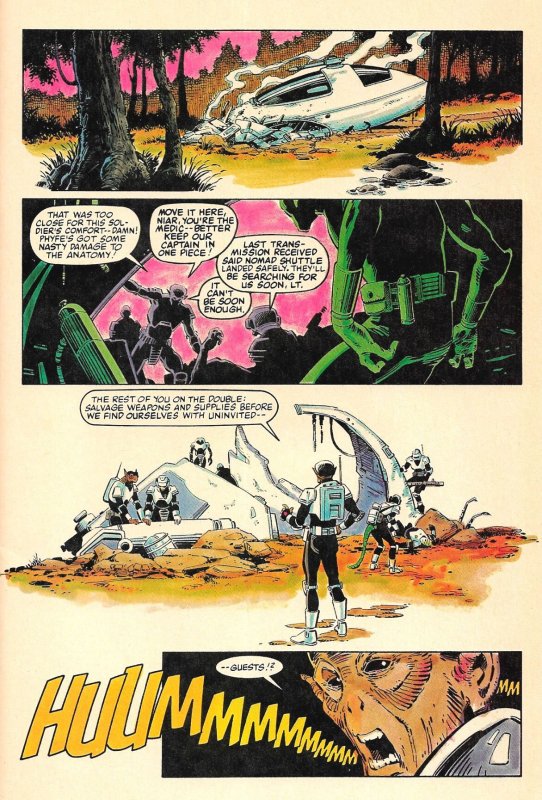 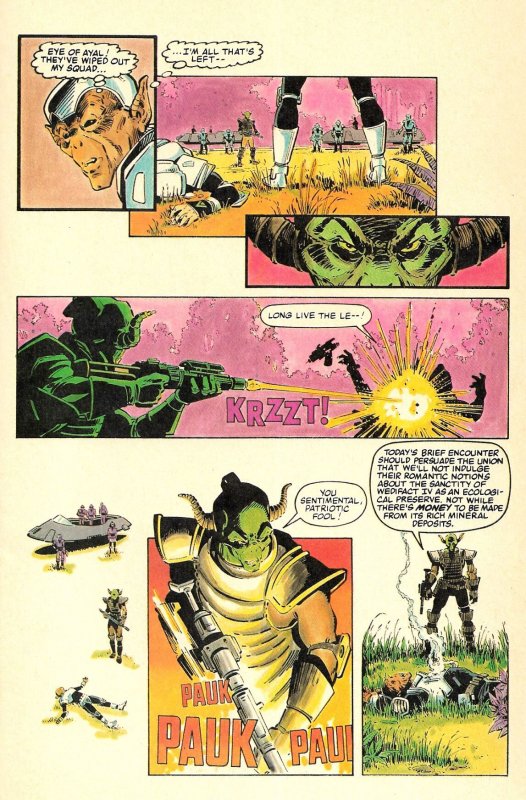 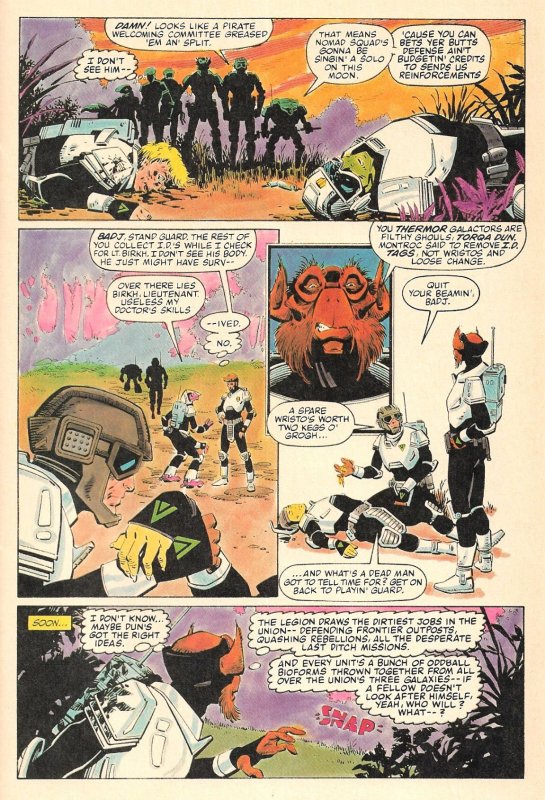 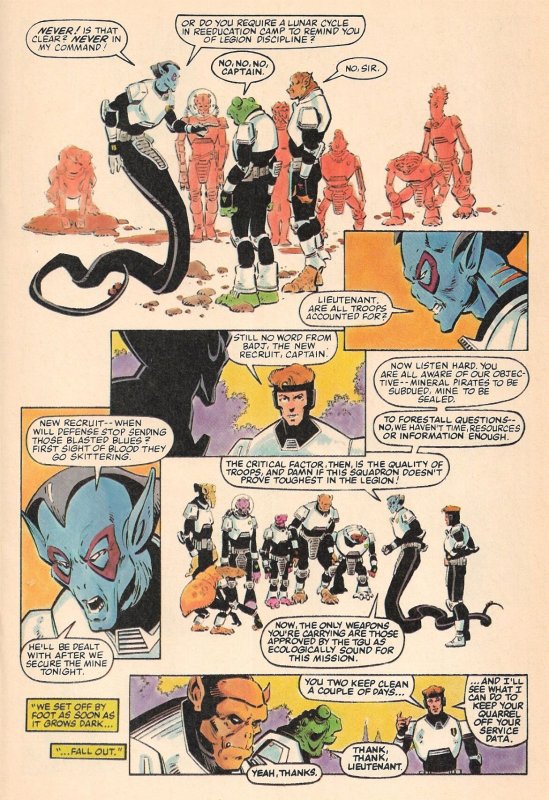 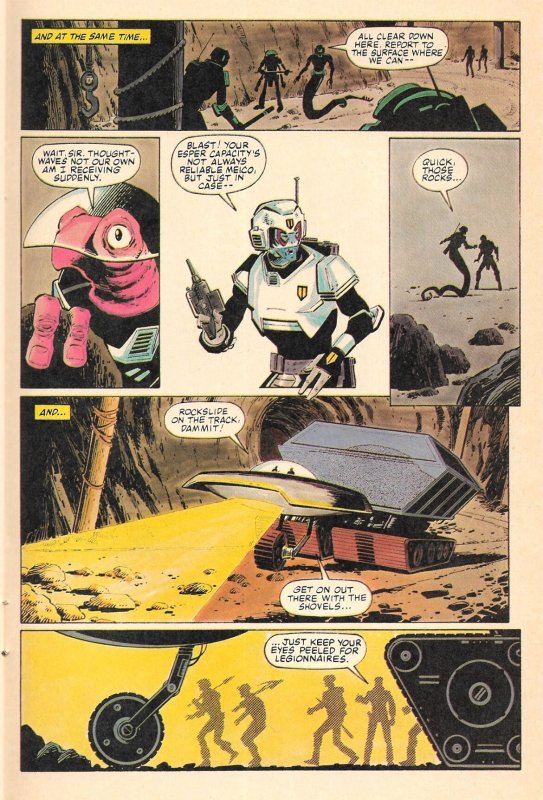 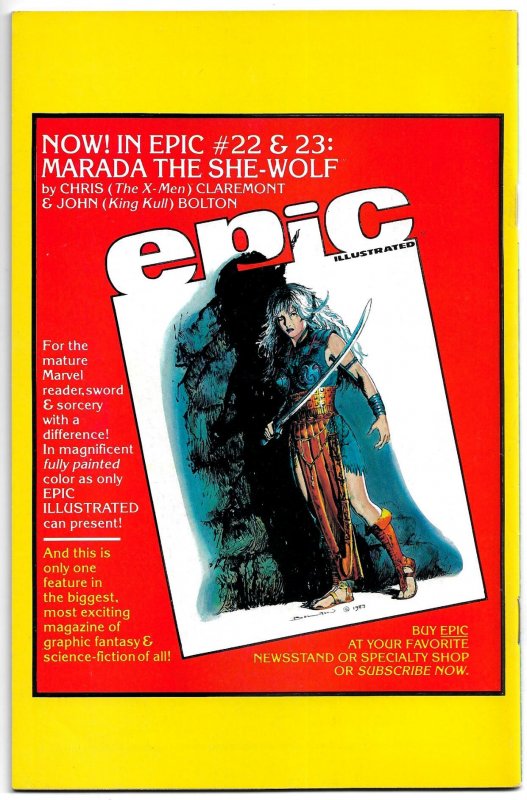 THE ALIEN LEGION features an interstellar military unit, Force Nomad, similar to the French Foreign Legion, but with an intergalactic twist! Its characters include leader Sarigar, whose lower half is serpentine, the fully humanoid Torie Montroc, and Jug ... Read More

THE ALIEN LEGION features an interstellar military unit, Force Nomad, similar to the French Foreign Legion, but with an intergalactic twist! Its characters include leader Sarigar, whose lower half is serpentine, the fully humanoid Torie Montroc, and Jugger Grimrod, an alien of the Thraxian race. This first issue introduces the squad's six main members with a full-page biographical profile of each, before the actual story begins.

And that story, from the pen of Alan Zelenetz and the terrific combined art of penciler Frank Cirocco and the amazing inking of Terry Austin, is called "The Union and the Legion". The ALIEN LEGION is a melting pot of diverse bioforms from all over the galaxy and are primarily a force charged with low-status responsibilities of guarding the Union's rougher borders. The LEGION is made up of mercenaries, criminals and outcasts, as well as patriotic fighters who believe in the universal peace the Union seeks.

THE ALIEN LEGION ran for 20 issues before it was resurrected in a second volume and a number of specials, short stories and trade paperbacks. It was the most successful property in Marvel/EPIC's publishing history. And it all started here with the exciting and great-looking THE ALIEN LEGION #1!

This copy is in nice shape for being 38 years old, with a strong binding, supple pages that are white, and no defects like toning, tears or ragged edges. The only fault we see is a minor 1 1/2" corner crease on the front cover. We conservatively grade it an 8.0 VF, and offer it for just $4.80 with our customary L•O•W shipping of just $2!

Check out this #1, and we're sure you'll want to see more of THE ALIEN LEGION's adventures! 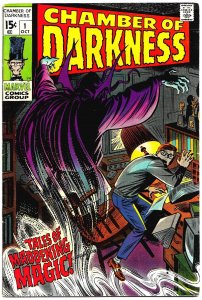 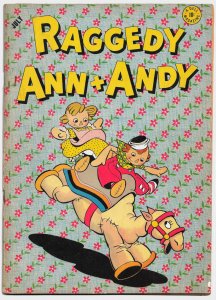 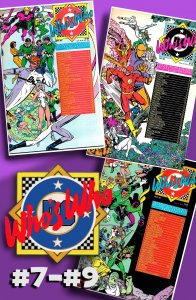 Eclipso! Flash! Green Lantern! WHO'S WHO: DEFINITIVE DIRECTORY of DCU #... 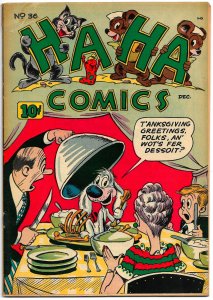