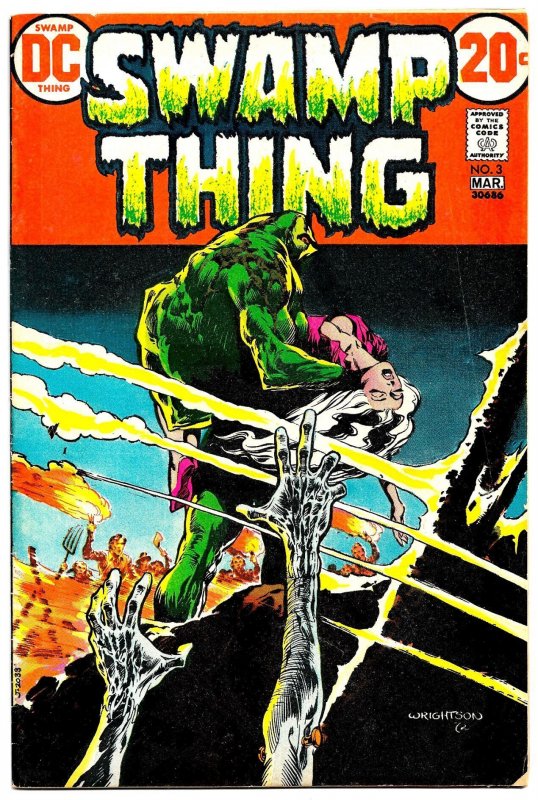 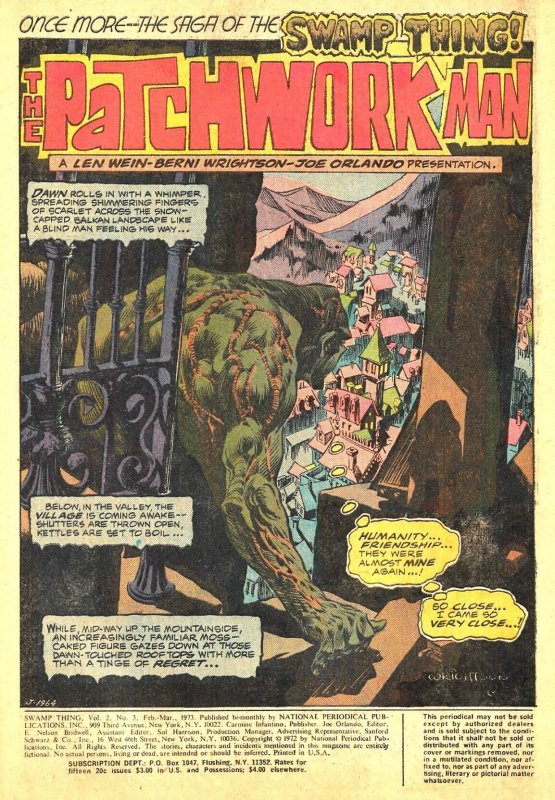 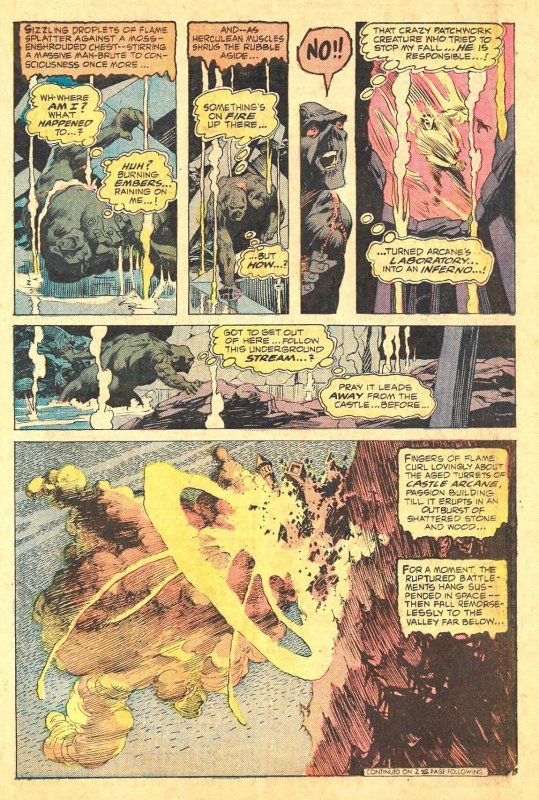 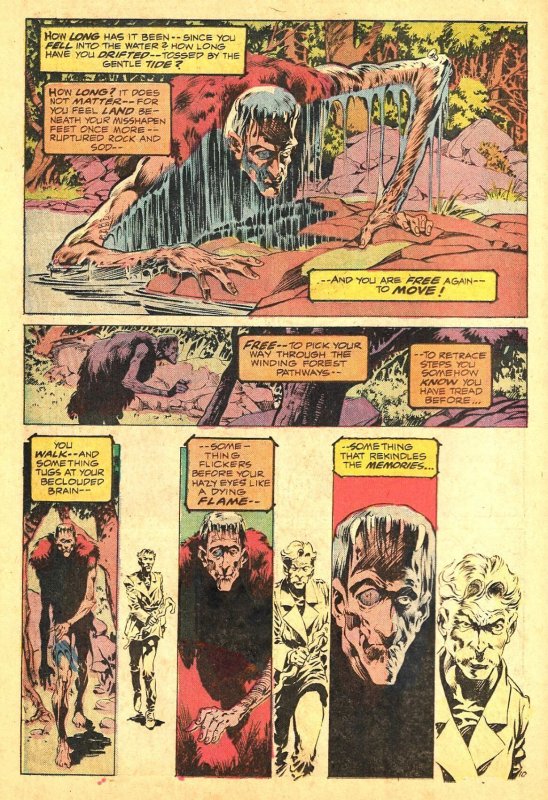 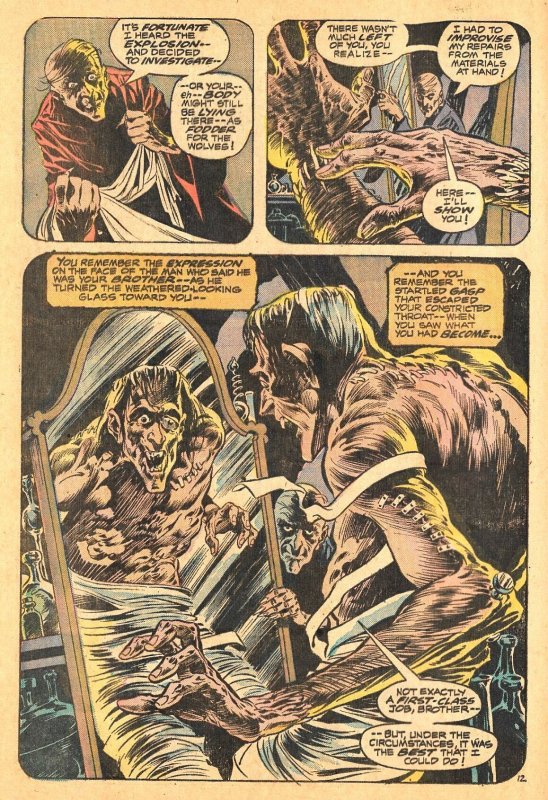 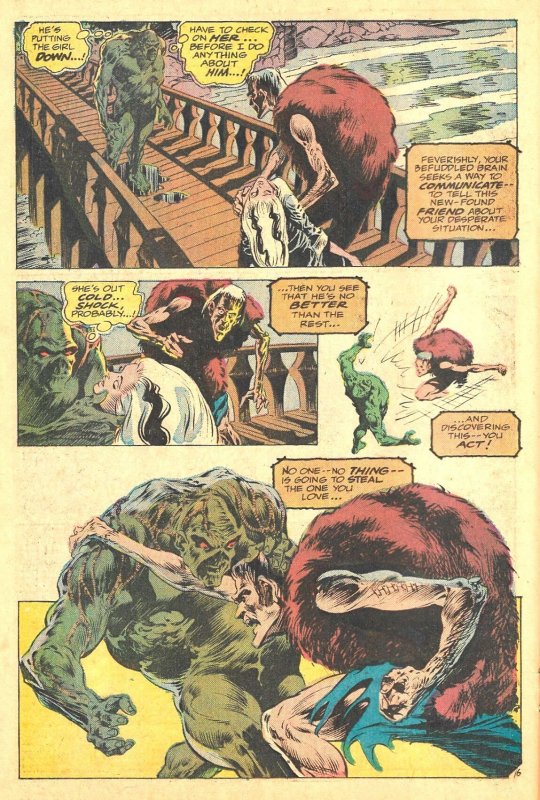 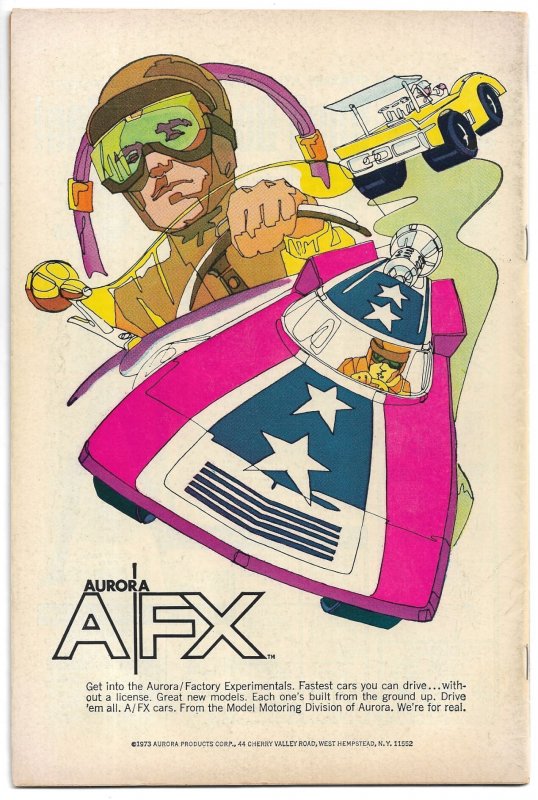 Only 14 months after the publication of the issue that introduced SWAMP THING to the world (in HOUSE OF SECRETS #92), DC gave the sympathetic changeling his own title, with original creators Len Wein and Bernie Wrightson providing the chills! In an alter ... Read More

Only 14 months after the publication of the issue that introduced SWAMP THING to the world (in HOUSE OF SECRETS #92), DC gave the sympathetic changeling his own title, with original creators Len Wein and Bernie Wrightson providing the chills!

In an altered retelling of SWAMP THING's origin story, scientist Alec Holland, working on a restorative formula that can make forests out of deserts in the Louisiana swamps, is killed by a bomb.Holland's body is thrown into the swamp outside by the explosion and shortly thereafter, a humanoid plant being rises from the swamp, transformed by chemical reactions -- SWAMP THING!

Here in issue #3, in "The Patchwork Man", SWAMP THING scales the cliffs leading to the ancient castle of his late nemesis, Anton Arcane. Making his way inside to a laboratory, he is confronted by a zombie-like creature - the Patchwork Man! The Patchwork Man then sets to destroying the lab causing the entire castle to explode.

Down in the nearby Balkan village, Interpol agent Matt Cable continues searching for the SWAMP THING. He blames him for the deaths of Alec and Linda Holland and wants revenge. He meets a medic at a nearby clinic named Abigail. Abigail just happens to be the niece of the mad scientist Anton Arcane. Matt and Abigail see the explosion of the castle and begin making their way towards the bridge that leads to the castle's cliff-side.

The Patchwork Man appears and Abigail faints from fright. The misshapen creature gingerly picks her up and begins taking her across the bridge. SWAMP THING ppears (having climbed through the wreckage of the castle) and begins fighting the Patchwork Man. Abigail is about to fall from the bridge, but the Patchwork Man rescues her. As she looks into his eyes, she realizes that it is her father, Gregori Arcane – another sad experiment of her demented uncle.

Bernie Wrightson's acclaim as a horror artist was just gaining traction in 1972, and his moody, spectacular artwork made the early issues of SWAMP THING one of DC's hottest titles at the time!

This is a great-looking copy, with a strong binding, supple pages, glossy covers, minimal toning, and no tears, stress lines, or pieces missing - But the cover has a barely detectable crease and a minuscule lower corner chip missing that knocks it down to a 7.5 VF-. For this grade for this issue, Overstreet offers a value of $29 . . . but we're offering it at just $15 . . with our customary L•O•W shipping! 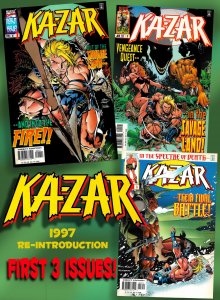 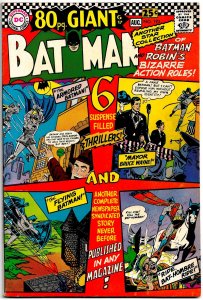 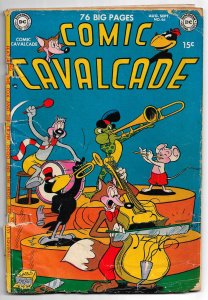 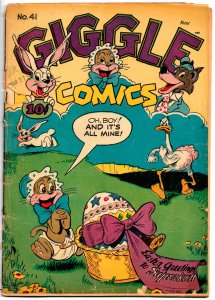