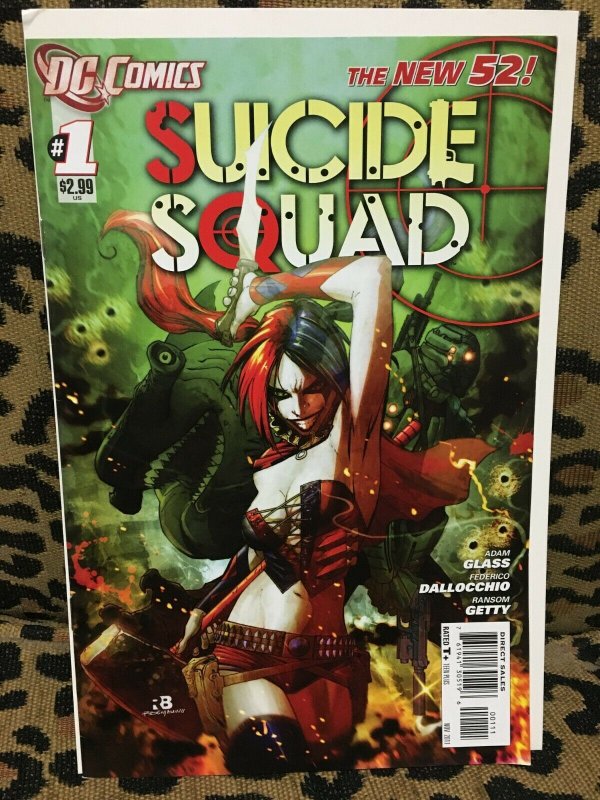 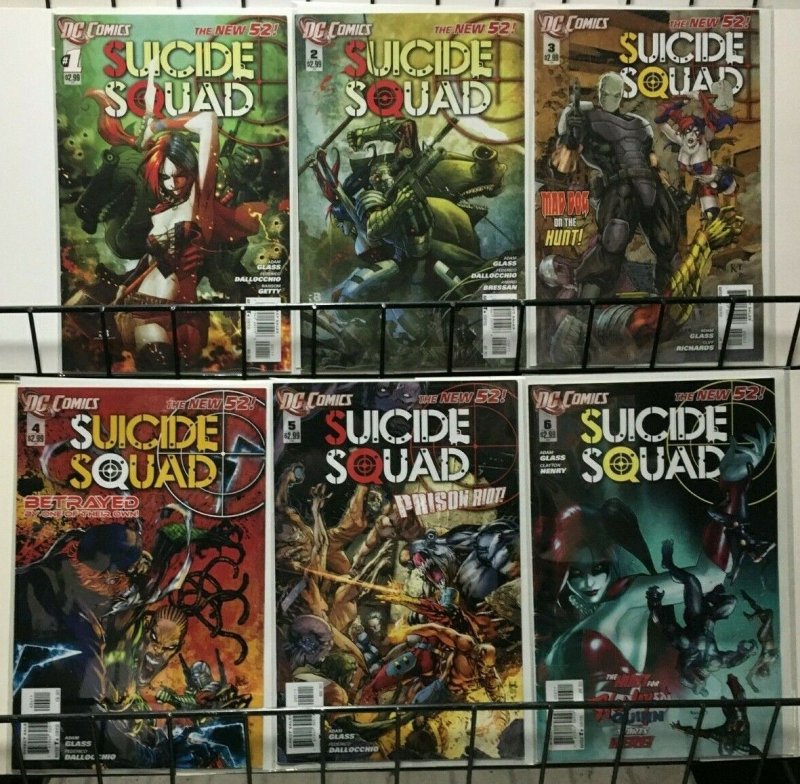 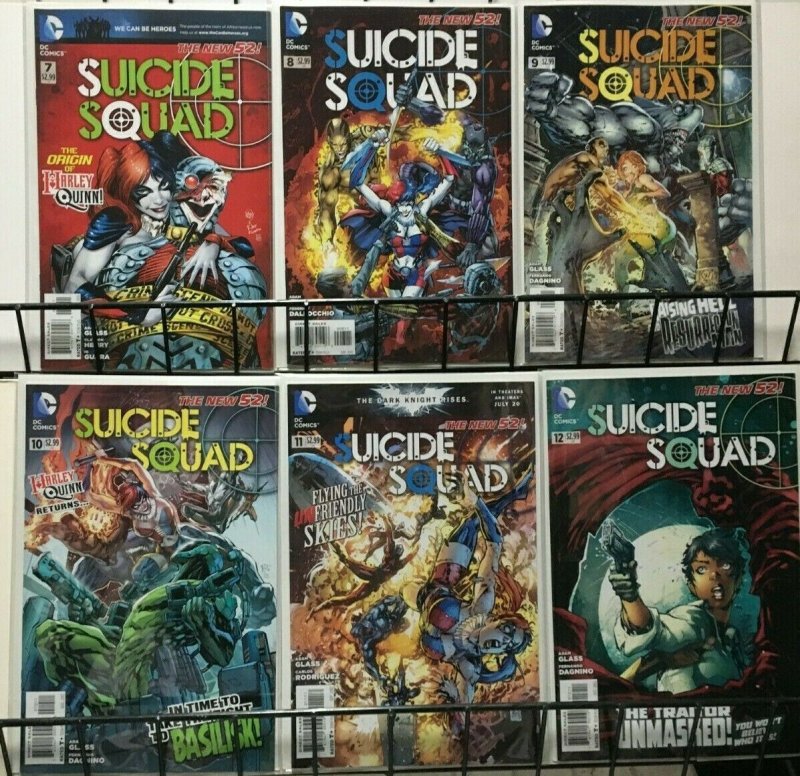 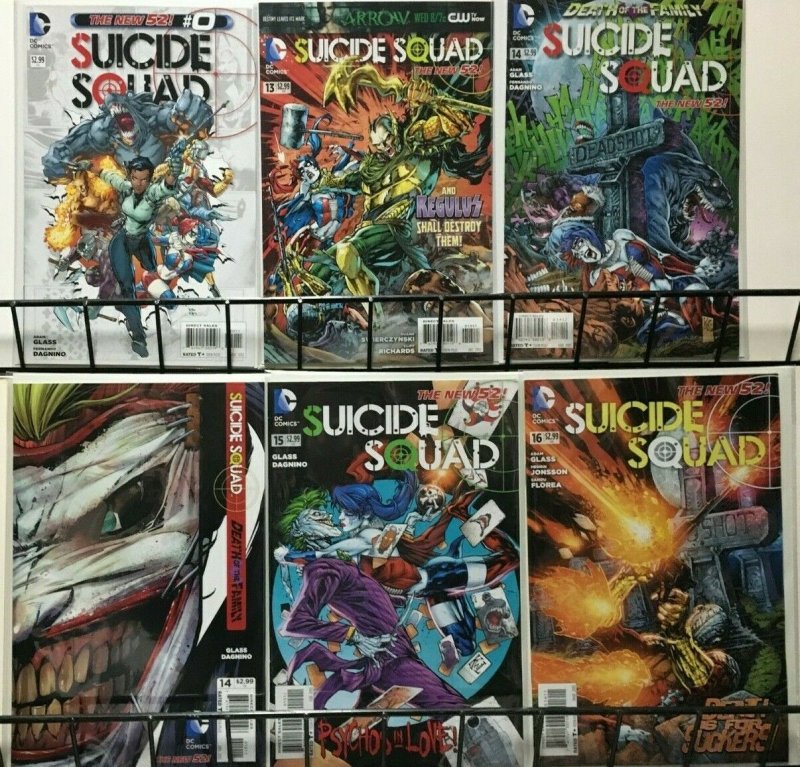 VF or Better
THE NEW 52 is the 2011 revamp and relaunch by DC Comics of its entire line of ongoing monthly superhero comic books. Following the conclusion of the "Flashpoint" crossover storyline, DC canceled all of its existing titles and debuted 52 new series in September 2011 with new first issues as a partial reboot.[1] Among the renumbered series were _Action Comics_ and _Detective Comics_, which had retained their original numbering since the 1930s.

The relaunch included changes to the publishing format; for example, print and digital comics began to be released on the same day. New titles were released to bring the number of ongoing monthly series to 52. Various changes were also made to DC's fictional universe to entice new readers, including changes to DC's internal continuity to make characters more modern and accessible. In addition, characters from the Wildstorm and Vertigo imprints were absorbed into the DC Universe.

An understanding for how our grading system works (comics):

Nm = Near Mint
This is what most comics look like when purchased new, presuming no harassment on the racks. Tight staples, glossy cover, sharp corners, no marks, white pages. Any flaws are hints of a flaw. Maybe look very closely and you the perfectionist will see a minuscule mis-alignment of the cover with the pages, or the hint of the rounding of a corner. Run your fingers down the spine and you may feel a crease which isn't visible to the eye. Those are the kind of things which mean that nearly all "as new" comics are graded as near mint rather than mint. You will notice that in our millions of listings, we don't use this grade either. Vf-nm is usually our top grade.

VF = Very Fine
Excellent condition. Sharp, bright and clean. May have minor spine wear or a small corner crease, or slight surface wear. Often, at first glance a very fine comic will appear near mint, although closer inspection will reveal trace ( but distinct) imperfections. This is typically the best grade seen for silver age comics.

F = Fine
A nice book, still attractive to look at. An optimistic first glance might reasonably hope for a vf or even a vf-nm. Staples still firm, there is at least some gloss, good corners, but closer look reveals more imperfections.

G = Good
As vg, but with flaws more pronounced. Creases are a little bigger, maybe a larger tear, staples still well attached, but may have stress tears around them. There may be small chips out of the cover. The wear is everywhere but the book is still sound.

A fair comic is well worn with large flaws, but the book and cover are still, possibly a piece or two missing from the cover, a staple may be loose. Ok for a reader or an inexpensive placeholder for a collector.

Pr = Poor
Any graded book should be complete. A book in poor has its cover and all its pages. Things may be loose or waiting to get lost, there may be a piece missing here or there, but the book is there. Still readable. We do not give incomplete books a grade.

Payment Can Be Made via Paypal or Credit Cards.

Local brooklyn pick-up is available by appointment for all orders!

the Avalanche Continues!
Check out our Hip store for spectacular sales and specials

Watch our listings in our Hip store for sales and specials. Our inventory changes every day!

The kochcom Hip store - every day is a holiday in brooklyn!

Mutants Are Among Us. 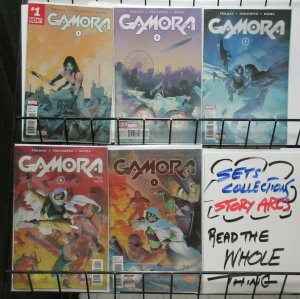 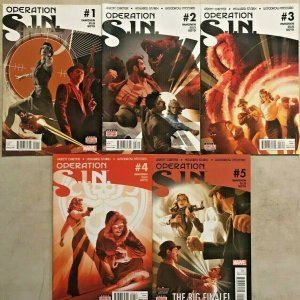 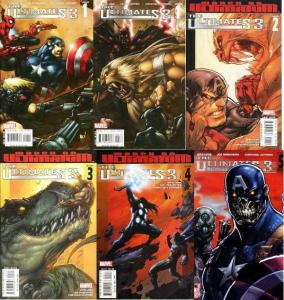 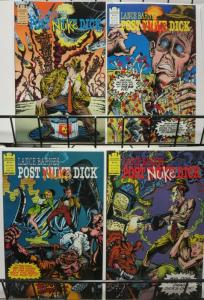