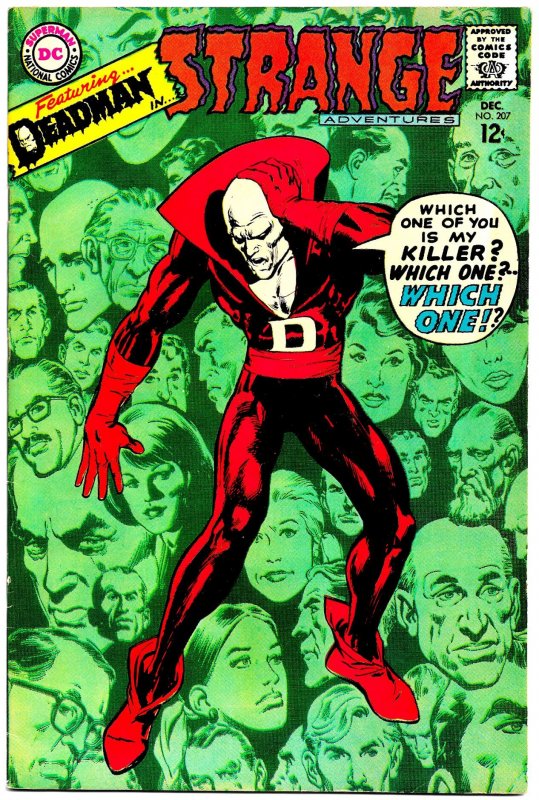 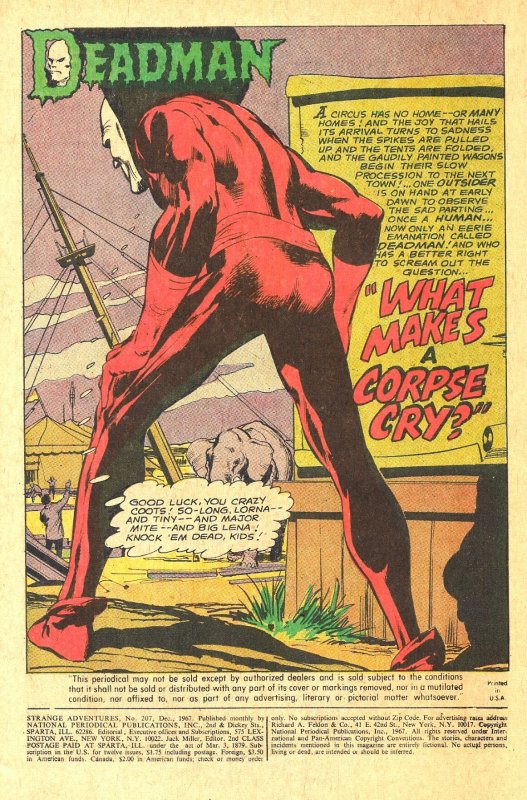 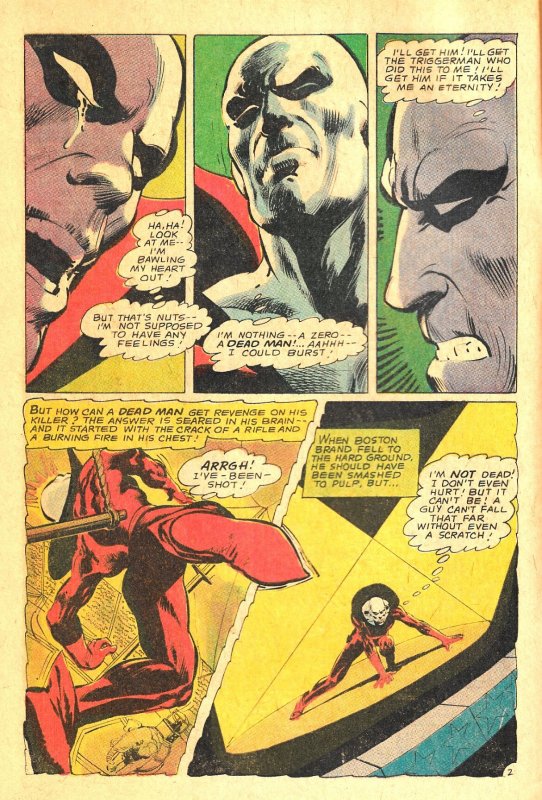 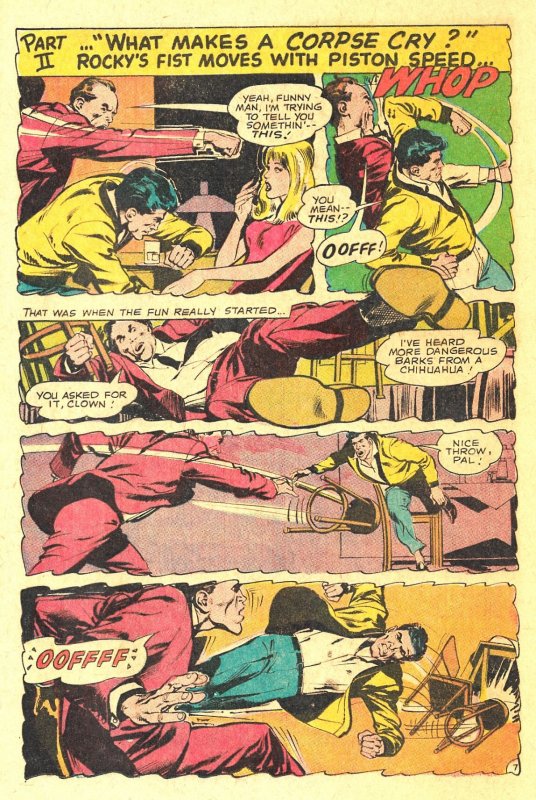 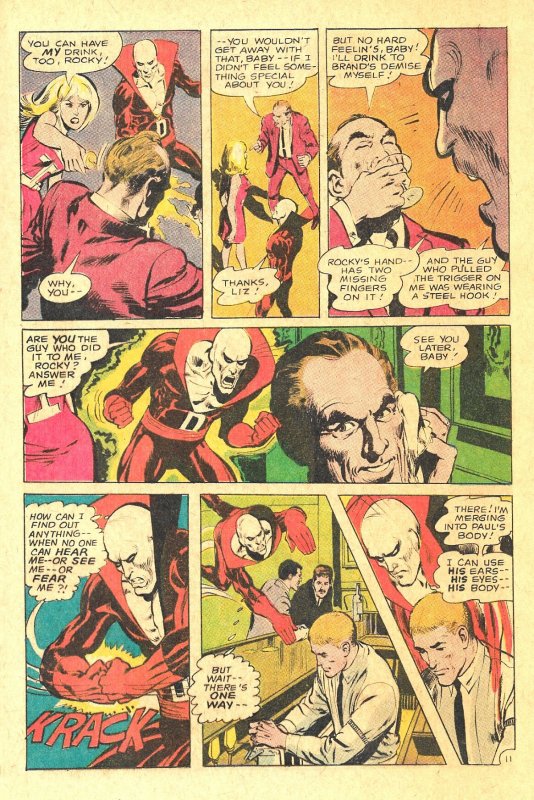 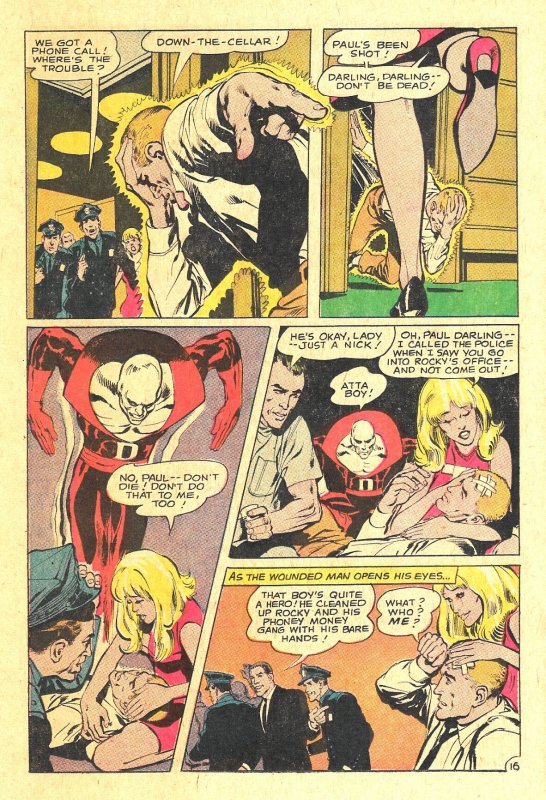 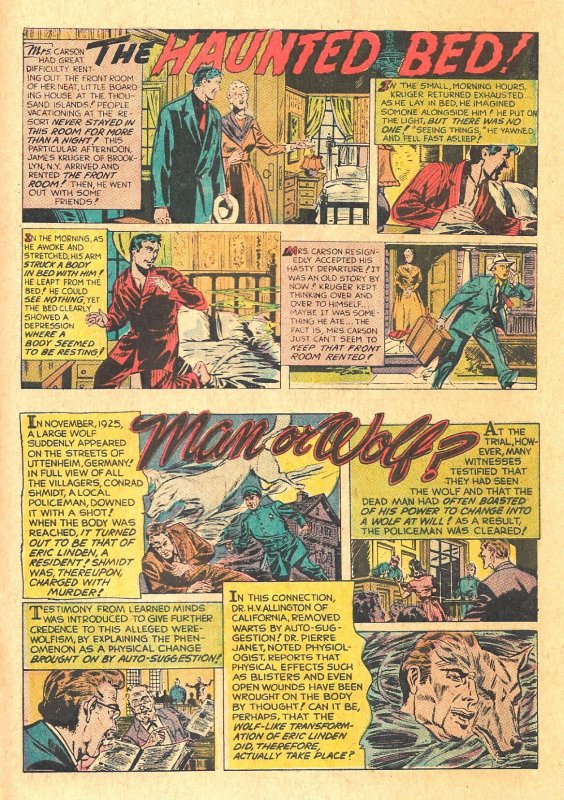 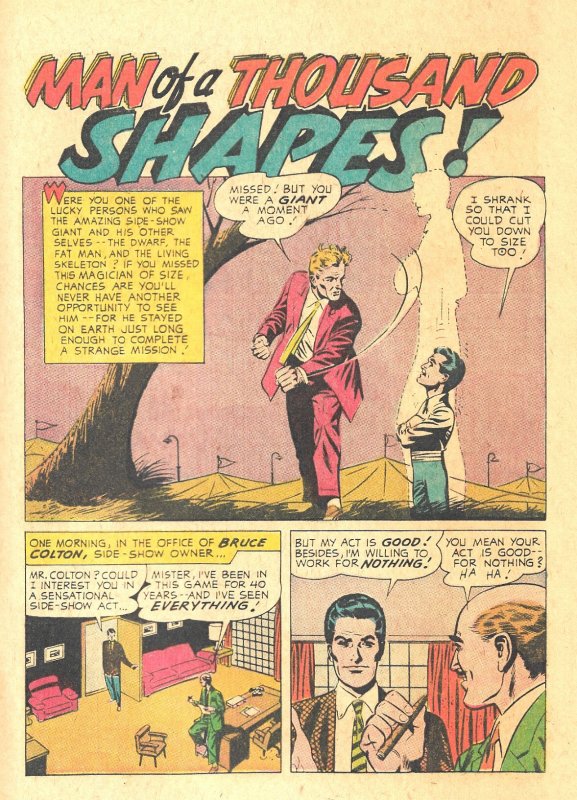 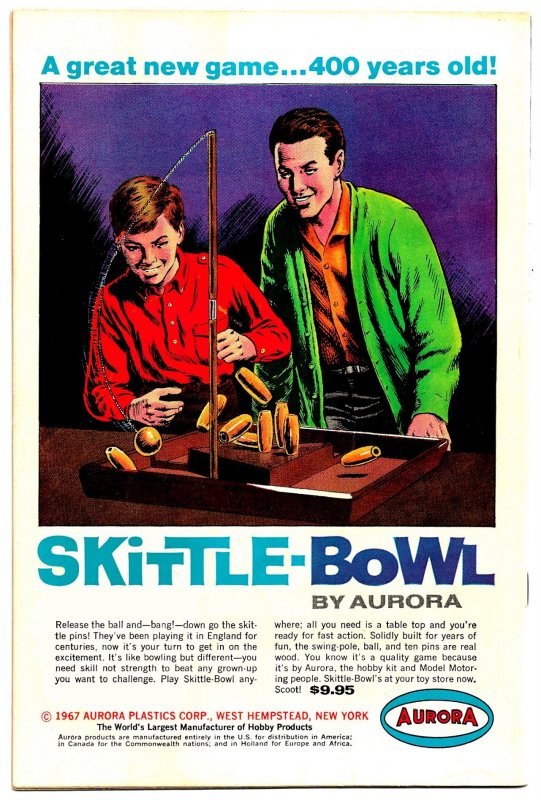 DEADMAN (who in life was Boston Brand) first appeared in STRANGE ADVENTURES #205 (October 1967), and was created by Arnold Drake and Carmine Infantino. Two issues later, the art chores were taken over by the artist best-known for his association with DEAD ... Read More

DEADMAN (who in life was Boston Brand) first appeared in STRANGE ADVENTURES #205 (October 1967), and was created by Arnold Drake and Carmine Infantino. Two issues later, the art chores were taken over by the artist best-known for his association with DEADMAN -- the masterly NEAL ADAMS! He illustrated the remaining 11 issues of DEADMAN's first story arc.

In "What Makes A Corpse Cry?", written by Jack Miller, Hill's Circus - for which Boston Brand was the star aerialist, leaves town, but DEADMAN remains behind to check out another lead to his killing: Rocky Manzel, the thuggish owner of a discotheque called 'The Freak-Out'. Some time before his murder, Boston Brand had befriended Liz Martin, a singer at the discotheque, and got into a fight with the jealous Rocky. After beating Manzel, Brand promised to come back and help Liz out of Rocky's clutches, but he was killed off before he could. DEADMAN returns to 'The Freak-Out' and uses the body of Paul, a bartender, to expose a counterfeiting operation Manzel is running. However, he also learns that Manzel was in the hospital at the time of his murder so, he's not responsible for his demise. After seeing that Liz is safe with Paul and intends to marry him, DEADMAN returns to the search for his murderer.

You also get two creepy short illustrated stories, and "The Man of a Thousand Shapes" (from STRANGE ADVENTURES #66), illustrated by Carmine Infantino, and in which an alien lawman comes to Earth and works in a carnival sideshow, hoping to attract the attention of the criminal he is seeking when word spreads about his fantastic ability to change shape.

•• NEAL ADAMS' striking cover for this issue won the 1967 ALLEY AWARD for Best Comic Book Cover of the Year!!

This is a terrifically-preserved 54-year old Silver Age STRANGE ADVENTURES -- no creases, tears, pieces missing, or abnormal toning. The binding is strong, the colors are bright, and the cover is amazingly glossy! We very confidently grading this a 9.0 VF/NM . . . which Overstreet values at $132 . . . but we're pricing it at $120. . with FREE shipping! 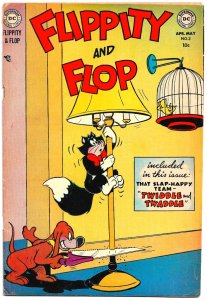 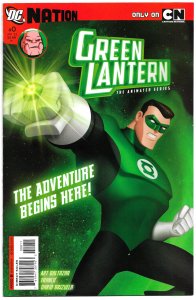 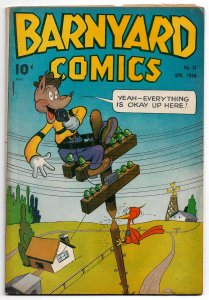 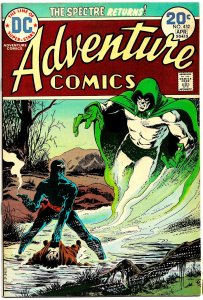 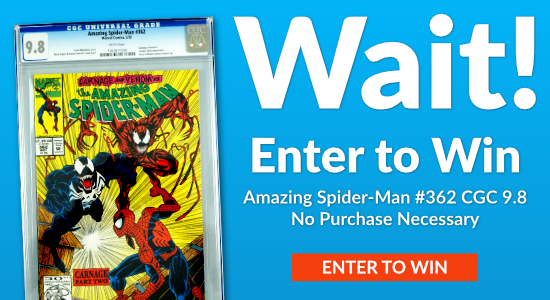