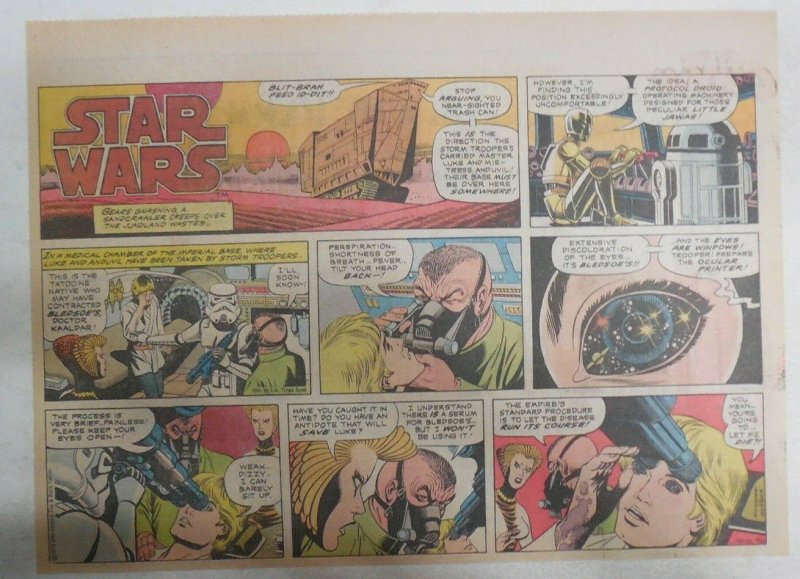 This is a _STAR WARS_ SUNDAY PAGE by RUSS MANNING. FANTASTIC ARTWORK! This was cut from the original newspaper Sunday comics section of 1979 (FIRST YEAR!). SIZE: ~11 X 15 INCHES (HALF FULL PAGE). PAPER: SOME HAVE LIGHT TANNING, A FEW HAVE SMALL ARCHIVAL REPAIRS, OTHERWISE: EXCELLENT! BRIGHT COLORS! PULLED FROM LOOSE SECTIONS! (PLEASE CHECK SCANS) Please include $5.00 Total postage on any size order (USA) $20.00 International FLAT RATE. I combine postage on multiple pages. Check out my other auctions for more great vintage Comic strips and Paper Dolls. THANKS FOR LOOKING!

Star Wars is an American epic space opera media franchise created by George Lucas, which began with the eponymous 1977 film and quickly became a worldwide pop-culture phenomenon. The franchise has been expanded into various films and other media, including television series, video games, novels, comic books, theme park attractions, and themed areas, comprising an all-encompassing fictional universe. The franchise holds a Guinness World Records title for the "Most successful film merchandising franchise." In 2020, the Star Wars franchise's total value was estimated at US $70 billion, and it is currently the fifth-highest-grossing media franchise of all time.

The original film, retroactively subtitled Episode IV: A New Hope, was followed by the sequels Episode V: The Empire Strikes Back (1980) and Episode VI: Return of the Jedi (1983), forming the original Star Wars trilogy. A prequel trilogy was later released, consisting of Episode I: The Phantom Menace (1999), Episode II: Attack of the Clones (2002), and Episode III: Revenge of the Sith (2005). In 2012, Lucas sold his production company to Disney, relinquishing his ownership of the franchise. The subsequently produced sequel trilogy consists of Episode VII: The Force Awakens (2015), Episode VIII: The Last Jedi (2017), and Episode IX: The Rise of Skywalker (2019). Together, the three trilogies form what has been referred to as the "Skywalker saga". All nine films were nominated for Academy Awards (with wins going to the first two released) and were commercially successful. Together with the theatrical spin-off films Rogue One (2016) and Solo: A Star Wars Story (2018), the combined box office revenue of the films equates to over US$10 billion, and it is currently the second-highest-grossing film franchise.

Premise
The Star Wars franchise depicts the adventures of characters "A long time ago in a galaxy far, far away", in which humans and many species of aliens (often humanoid) co-exist with robots, or 'droids', who may assist them in their daily routines; space travel between planets is common due to lightspeed hyperspace technology. Spacecraft range from small starfighters, to huge capital ships such as the Star Destroyers, to space stations such as the moon-sized Death Stars. Telecommunication includes two-way audio and audiovisual screens, and holographic projections.

A mystical power known as the Force is described in the original film as "an energy field created by all living things ... [that] binds the galaxy together". Through training and meditation, those whom "the Force is strong with" are able to perform various superpowers (such as telekinesis, precognition, telepathy, and manipulation of physical energy). The Force is wielded by two major knighthood orders at conflict with each other: the Jedi, peacekeepers of the Galactic Republic who act on the light side of the Force through non-attachment and arbitration, and the Sith, who use the dark side by manipulating fear and aggression. While Jedi Knights can be numerous, the Dark Lords of the Sith (or 'Darths') are intended to be limited to two: a master and their apprentice.

Force-wielders are very limited in numbers in comparison to the average population. The Jedi and Sith prefer the use of a weapon called a lightsaber, a blade of energy that can cut through virtually any surface and deflect energy bolts. The rest of the population, as well as renegades and soldiers, use laser-powered blaster firearms. In the outer reaches of the galaxy, crime syndicates such as the Hutt cartel are dominant. Bounty hunters are often employed by both gangsters and governments. Illicit activities include smuggling and slavery.

Fictional Timeline
The Star Wars canon fictional universe spans multiple eras, including three focused around each of the film trilogies:

The Age of Republic: The era of the prequel trilogy, in which the democratic Galactic Republic is corrupted by its ruler, Palpatine—secretly the Sith lord Darth Sidious. After orchestrating the Clone Wars between the Republic and a Separatist confederation, Palpatine overthrows the Republic and establishes the totalitarian Galactic Empire.

The Age of Rebellion: The era of the original trilogy, in which the Empire is fought by the Rebel Alliance in a Galactic Civil War that spans several years, climaxing with the death of the Emperor and eventually resulting in the fall of the Empire.

The Age of Resistance: The era of the sequel trilogy, in which the remnants of the Empire reform as the First Order. Heroes of the former Rebellion, aided by the New Republic, lead the Resistance against the oppressive regime and its rulers, the mysterious being known as Snoke and his puppet master, the revived Palpatine.[22]

The Expanded Universe of spin-off media depicts different levels of continuity, which were deemed non-canonical and rebranded as 'Legends' on April 25, 2014, to make most subsequent works align to the episodic films and The Clone Wars film and television series.

Lucasfilm has a number of Star Wars movies in development, including a trilogy which will be written by The Last Jedi writer/director Rian Johnson and be independent from the Skywalker saga. Additionally, a film based on the Knights of the Old Republic video games was reported to be in development with Laeta Kalogridis writing the script. In September 2019, it was announced that Kennedy and Kevin Feige will collaborate to develop a Star Wars film. In January 2020, a film set in the era of The High Republic was reported to be in development. In February 2020, a film was announced to be in development from director J. D. Dillard and writer Matt Owens. In May 2020, Lucasfilm announced that Taika Waititi had been hired to direct a Star Wars film from a script he is co-writing with Krysty Wilson-Cairns.

Episode I – The Phantom Menace May 19, 1999 George Lucas Rick McCallum

*please note: collecting and selling comics has been my hobby for over 30 years._ due to the hours of my job i can usually only mail packages out on saturdays._ i send out first class or priority mail which takes 2 - 7 days to arrive in the usa and air mail international which takes 5 - 30 days or more depending on where you live in the world. I do not "sell" postage or packaging and charge less than the actual cost of mailing. I package items securely and wrap well. Most pages come in an archival sleeve with acid free backing board at no extra charge. If you are dissatisfied with an item. Let me know and i wil do my best to make it right.Many

Thanks to all of my 1,000's of past customers around the world. 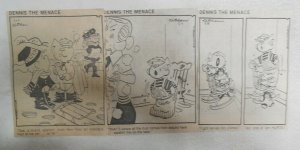 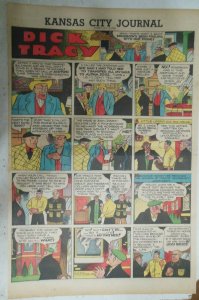 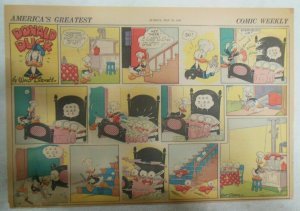 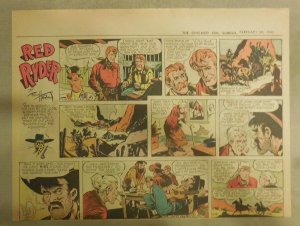