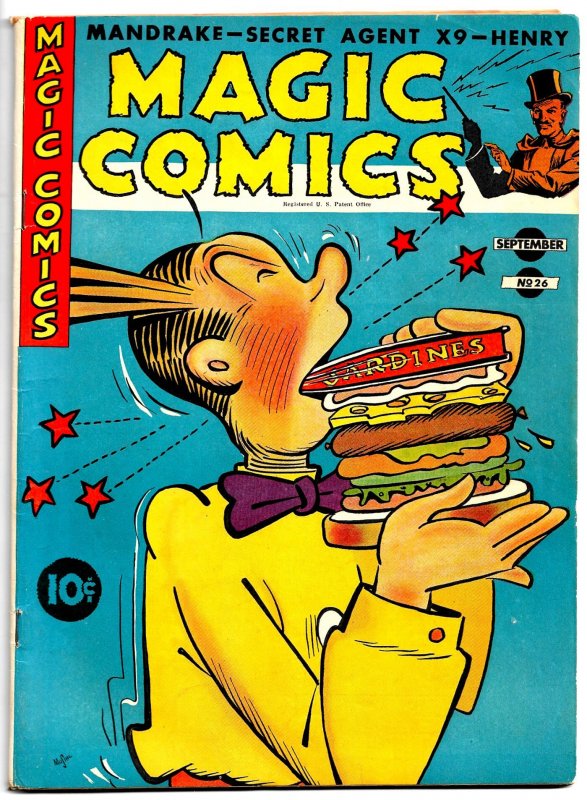 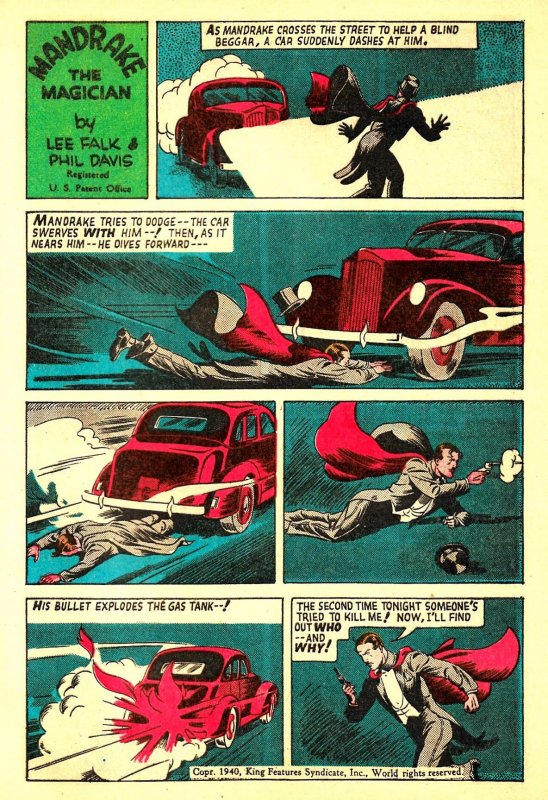 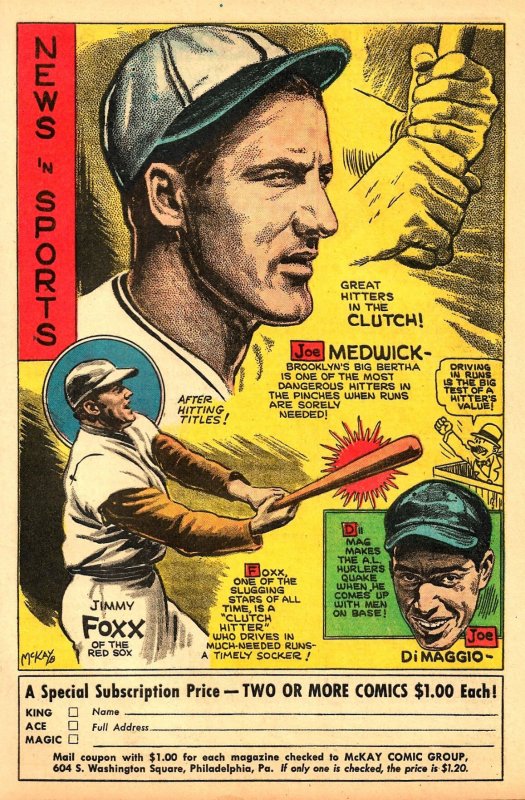 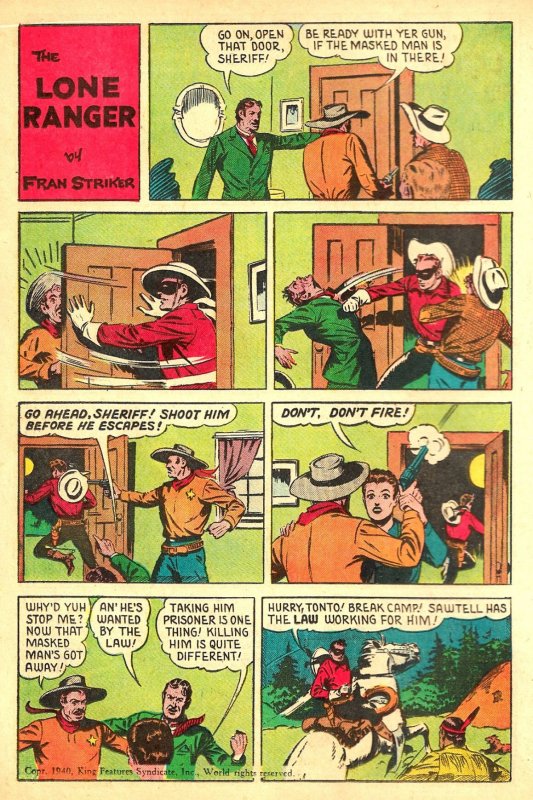 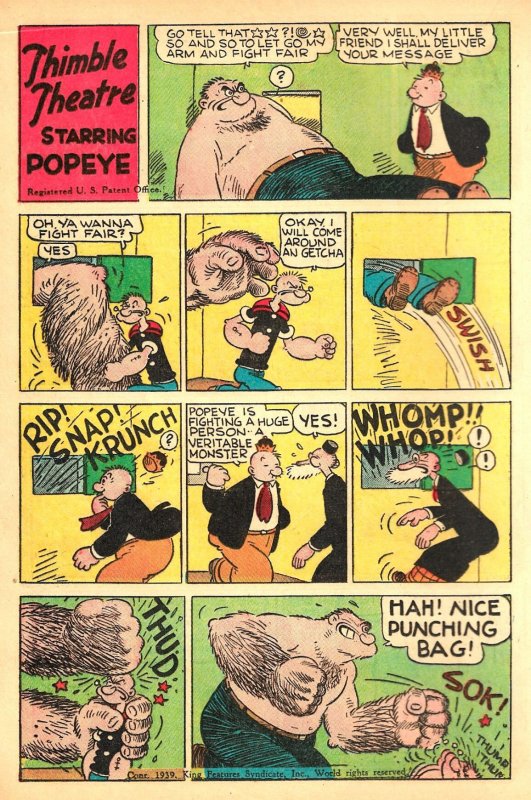 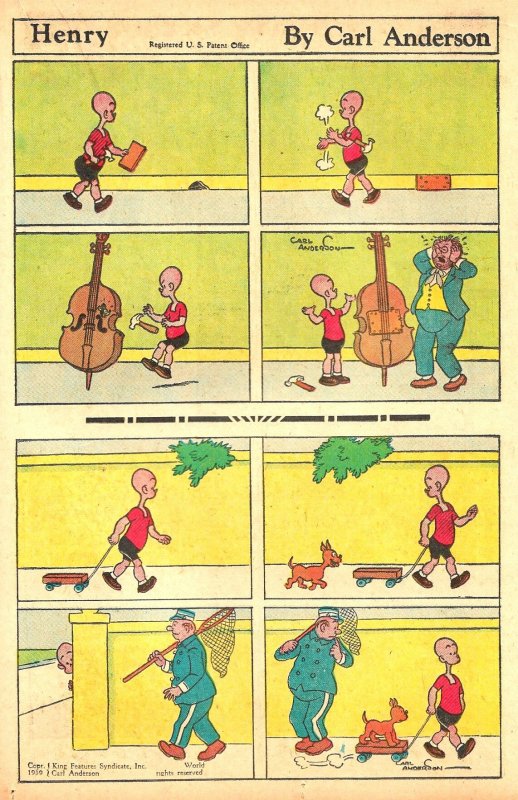 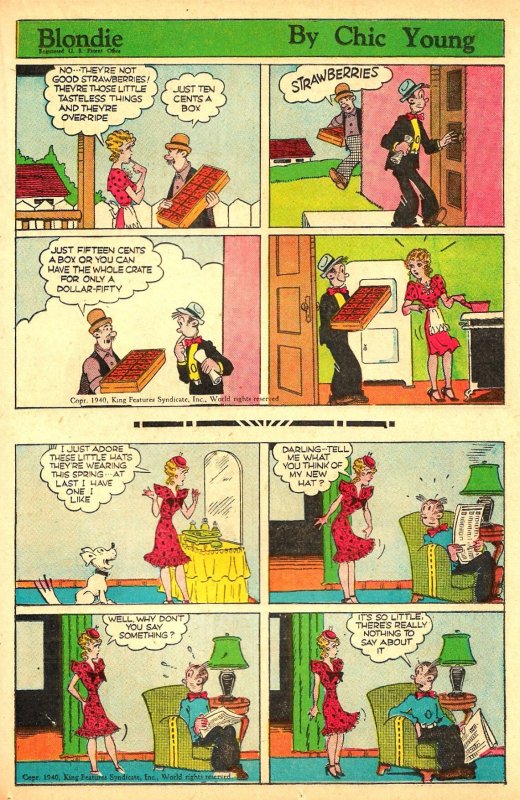 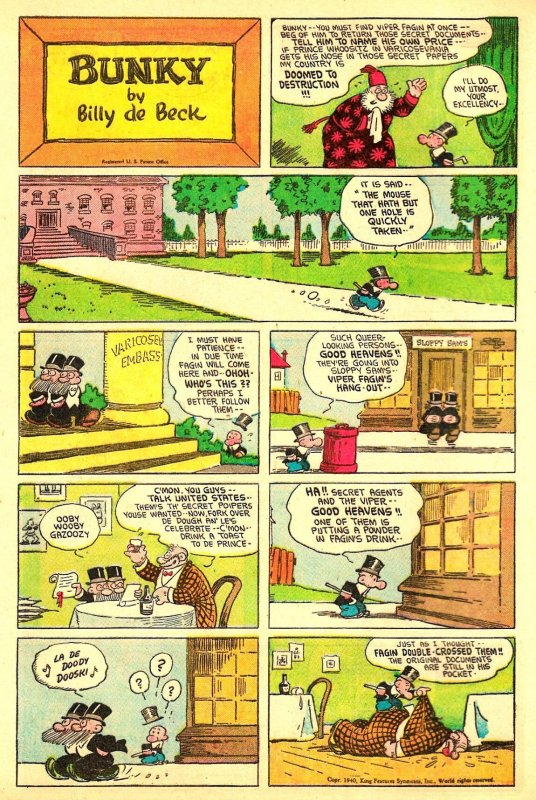 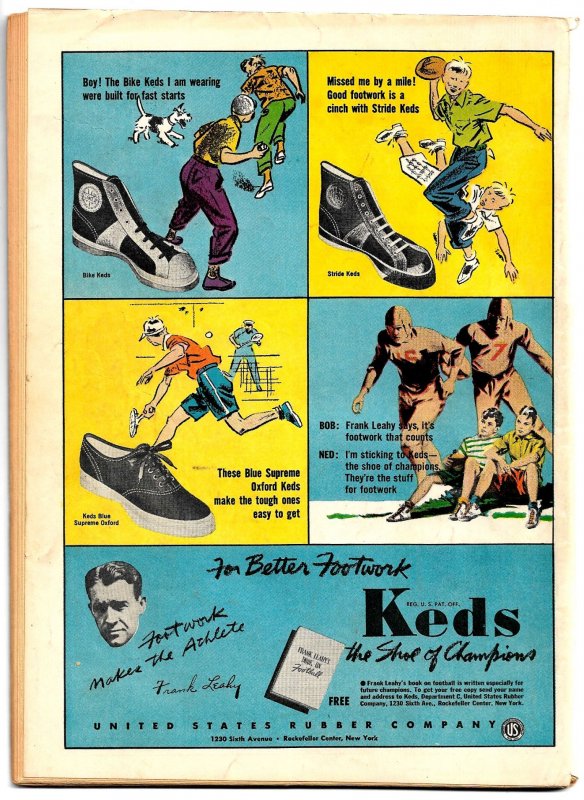 MAGIC COMICS, though today not widely known, was born of the entrepreneurial creativity of publisher DAVID McKAY in the late 1930s, and is considered today to be the possible forerunner of costumed superheroes with its reprints of THE PHANTOM comic strips ... Read More

MAGIC COMICS, though today not widely known, was born of the entrepreneurial creativity of publisher DAVID McKAY in the late 1930s, and is considered today to be the possible forerunner of costumed superheroes with its reprints of THE PHANTOM comic strips! McKAY very early on saw the potential in comic books and was among the first to enter this segment of the publishing field, licensing KING FEATURES comic strip stars to fill his pages. He was hugely successful for many years!

MAGIC COMICS #26 was the first issue to cover feature DAGWOOD BUMSTEAD, who would grace the next 98 covers, until the end of MAGIC COMIC's 123-issue run on November, 1949!

MAGIC COMICS #26 is a 68-page compendium of comic stories illustrated by their newspaper creators including MANDRAKE the MAGICIAN (after whom this comic book was originally named) by LEE FALK, BLONDIE by CHIC YOUNG, SECRET AGENT X-9 by AUSTIN BRIGGS, BUNKY by BILLY DeBECK, HENRY by CARL ANDERSON and POPEYE by ELSIE SEGAR!

Also included are 13 different humor and informative features, as well as adaptations of , THE LONE RANGER, TIPPIE & CAP STUBBS, and BARNEY BAXTER IN THE AIR!

This is an amazingly tight and beautiful copy of this 81-year-old title, with a strong binding, supple pages and good color! Nary a fault to be seen anywhere! We grade it a conservative 8.0 VF - which Overstreet values at $177. We say - just $155! And our FREE SHIPPING makes it a steal!

Shipping Instructions
All comics sent securely with tracking numbers -- just check your 'MEMBERS AREA' under 'BUYING' to follow their journey on their way to you!!
Returns Accepted
Yes
Returns Policy
We will happily send you a refund if you are not completely satisfied with your purchase -- just let us know the reason why, send it back to us in the same condition it was sold, and we'll refund your purchase price. 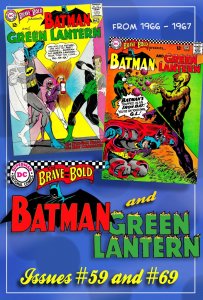 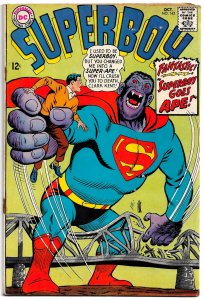 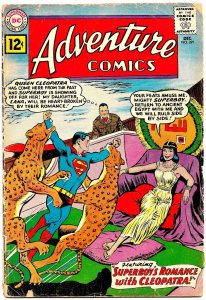 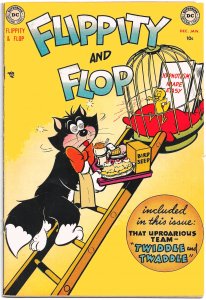