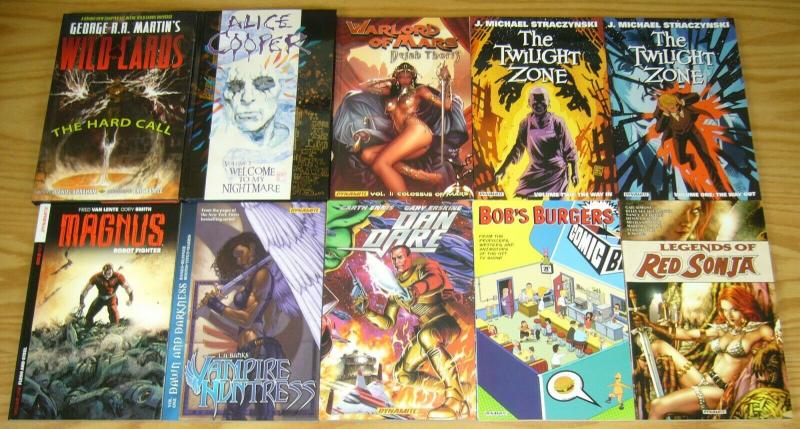 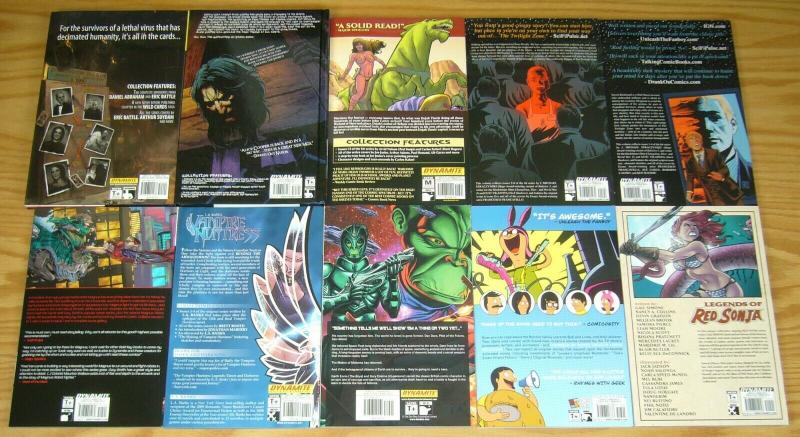 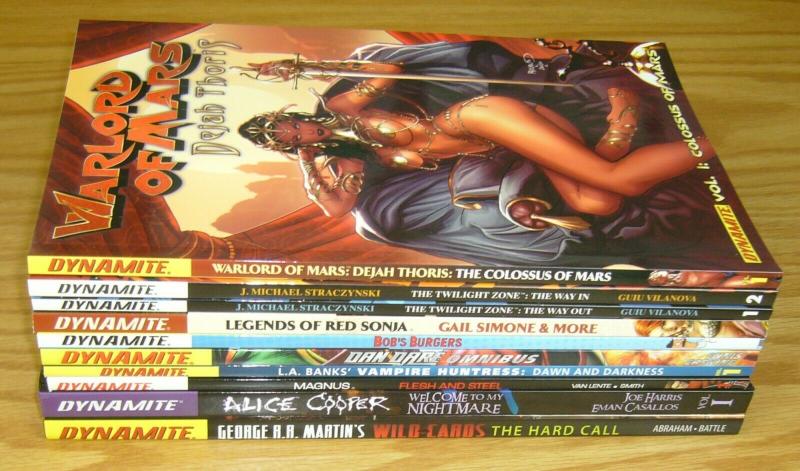 * alice cooper vol. 1 hc: welcome to my nightmare published by dynamite (cover price: $24.99 ) (_ rock n' roll legend alice cooper has never been a stranger to the mystic and the macabre. His stage shows were the stuff of legend, featuring snakes and pyrotechnics, the invocation of dark themes and darker forces. But while he was a legend in the waking world, few knew his service as "the lord of nightmares" beyond it, where he watched over us while we dreamed, and delivered horrors unto the deserving. Only someone took it all away from him, cast him out of his realm, and locked him away. No longer enslaved to the clan black, alice cooper will reclaim his dark throne at all costs. All hail the godfather of shock rock! This mind-bending collection includes the complete six-issue dynamite comic book series, plus alice cooper's first-ever comic book appearance from marvel premiere #50, featuring the creative talents of alice cooper, jim salicrup, roger stern, ed hannigan, and tom sutton, fully remastered! _)

* DAN DARE OMNIBUS Published by Dynamite (Cover Price: $19.99 ) ( Dan Dare was once a hero. He brokered peace with alien races, pushed the frontiers of space, and saved the planet from total annihilation... repeatedly. But now, his Space Fleet has disbanded, the United Nations has crumbled, his friends scattered to the solar winds. Britain is once again the world power, but Dare, disillusioned and disappointed by his once-precious home country, has quietly retired. But there's trouble mustering in Deep Space. The H.M.S. Achilles is picking up strange signals when, suddenly, an enormous fleet of hostile ships ambush the destroyer. Now, as the crew struggles to stay alive, they realize with horror that the hostiles have brought a weapon of unimaginable power. Dan Dare, the pilot of the future, has been called out of retirement.
Whether you're joining the adventure for the first time, or you're already a Dan Dare fan, this hardcover collection of the entire seven-issue series is a perfect addition to any library. )

* george r.R. Martin's wild cards: the hard call hc published by dynamite (cover price: $24.99 ) ( in 1946, an alien virus is accidentally unleashed that changes the world forever. Most of those infected die horribly, said to have drawn the black queen as their fated card. Ninety percent of those who survive mutate into jokers — deformed, broken, hated, and feared. But a handful are lucky enough to become aces, gaining superpowers that allow them to achieve almost anything the mind can conceive — both in dreams and in nightmares.
Sixty years later, an Ace named Croyd Crenson, better known as the Sleeper, is framed for the murder of a young nurse in New York City's Jokertown. As Crenson investigates the killing to clear his name, he has to fight to stay awake, or else his unusual ability will change him into something else entirely. Meanwhile, a group of teenagers in Whiteoak, Colorado, accidentally activate the dormant wild-card virus, wiping out nearly the entire town. As the teens are sent to the Jokertown clinic, they discover that not all Jokers are bad and not all Aces are good.
Set in the world of the novels edited by George R. R. Martin and featuring a brand-new set of characters, as well as appearances from many old favorites, Wild Cards: The Hard Call is an original story written specifically for comics that will enchant new readers and old fans alike. )

* MAGNUS FLESH & STEEL Published by Dynamite (Cover Price: $17.99 ) ( In the blink of an eye, young martial artist Magnus has everything taken from him: his father, his wife, his entire life. He's suddenly thrust into a futuristic world he doesn't understand, populated by humans and robots living together in oppression! Can Magnus fight to get his life back... and once he learns the truth about himself, will he want to?
Collects issues #1-4 of the ongoing Magnus: Robot Fighter series. )

* RED SONJA: LEGENDS OF RED SONJA Published by Dynamite (Cover Price: $19.99 ) ( In this unique collection, ongoing Red Sonja series writer Gail Simone hand-picked eleven of the fiercest, most talented, and most popular female writers from the worlds of comics, prose, games, and television, to help her tell the greatest legends in the She-Devil’s long history! A group of savage mercenaries hired to hunt and kill Sonja come across campfire tales of her at every turn... and Sonja does not like to be hunted.
Tamora Pierce, Mercedes Lackey, Marjorie M. Liu, Nancy A. Collins, Kelly Sue DeConnick, Rhianna Pratchett, and many more tell fascinating bits of Sonja’s legend, with a wrap-around tale by Simone herself, and art by the likes of Phil Noto, Jim Calafiore, Jack Jadson, and others.
Collects Legends of Red Sonja issues #1-5, the script to issue #1, concept art by Jack Jadson, and more! )

* TWILIGHT ZONE VOL. 1 Published by Dynamite (Cover Price: $15.99 ) (_ The Twilight Zone, Issue One: Trevor Richmond is a Wall Street investor who embezzled millions and is about to tank the economy. Again. Desperate to avoid the consequences for his actions, he goes to Expedited Services, Inc., which offers to help him disappear and enjoy a life of leisure in a new life. But what exactly is this new life, how much is freedom worth, and what happens to the old life when someone else shows up to claim it? This is the first installment of three interlocking stories that will push the boundaries of The Twilight Zone into new and uncharted territory, a journey that will travel into the past and the future, into murder and revenge and the sunrise of nuclear Armageddon. From J. Michael Straczynski, Hugo-winning creator of Babylon 5, writer for Thor and Changeling and World War Z as well as the 1988 Twilight Zone. _)

* TWILIGHT ZONE VOL. 2 Published by Dynamite (Cover Price: $15.99 ) ( Nothing special has ever happened to Diana Westby. She has a comfortable relationship, a decent job, and vague dreams for the future. But now something has happened to her, something beyond understanding. She is suddenly able to hear thoughts and see glimpses of the future... a future that includes the threat of a mushroom cloud rising over downtown Manhattan! As someone who has never had to stick her neck out for someone else, Diana must choose between her own safety and the lives of millions of others. Her decision will take her from the abyss of her worst fears to the summit of her courage... a journey that could only happen in The Twilight Zone.
Includes a complete script for the first chapter of the graphic novel by J. Michael Straczynski, Hugo Award-winning creator of Babylon 5. ) 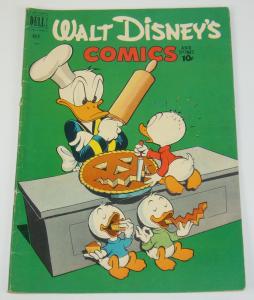 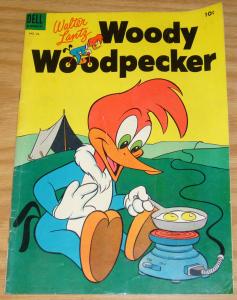 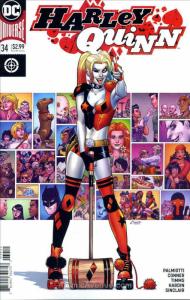 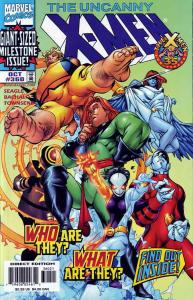