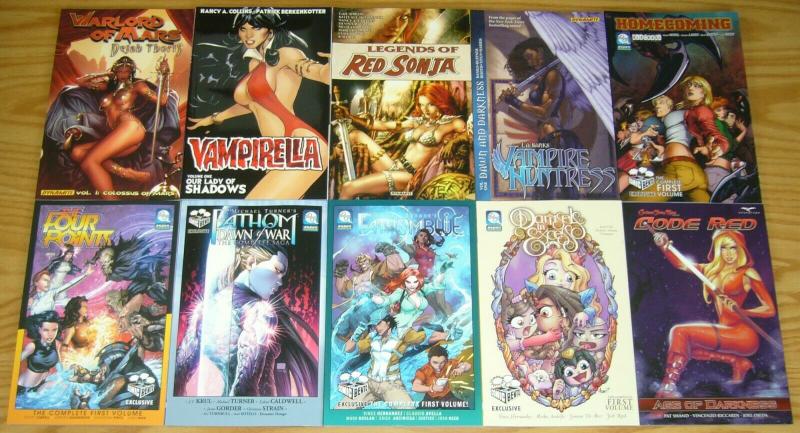 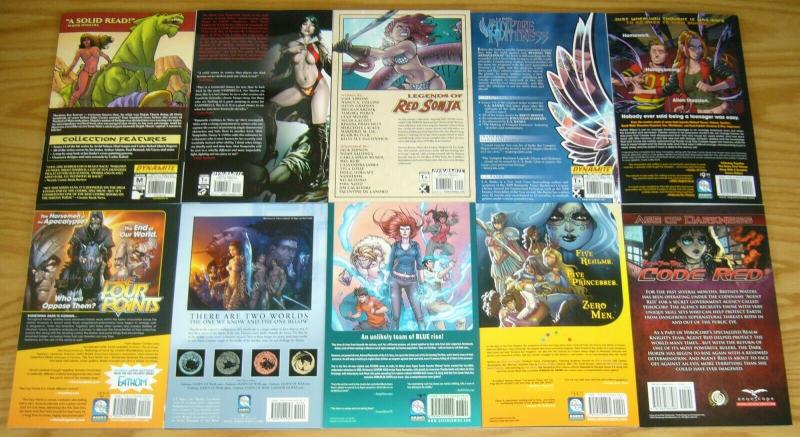 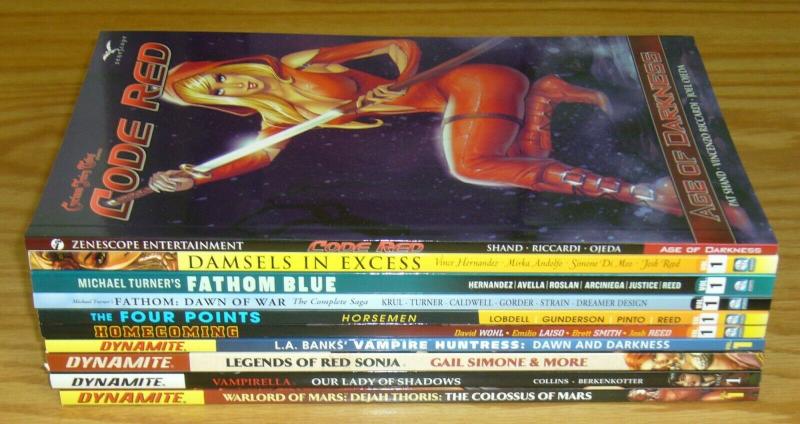 * DAMSELS IN EXCESS Published by Aspen (Cover Price: $14.99 ) (_ Five realms. Five princesses. Zero men. In the land of the Five Realms, the existence of men has long since been evaporated from the hearts and minds of women. Princess Bethany--ruler of Evanfar, the largest and most prominent kingdom, finds herself at the center of a vast conspiracy that could not only threaten her kingdom‹but also her life! Journey to a place where magic is abundant, unicorns and ferrets can command armies, and five women struggle to find balance and power--in an ever-changing fairy tale world! _) Comic Bento exclusive variant cover

* MICHAEL TURNER'S FATHOM: BLUE Published by Aspen (Cover Price: $16.99 ) ( An unlikely team of BLUE rise!
They have all come from beneath the surface, each for a different purpose. United in their exile from their homelands below, looking to blend in out of sight amongst humans, unaware of their true potential. However, one man, Admiral Maylander, who has spent the better part of his life hunting The Blue, is keenly aware of their presence--and he will stop at nothing to use these Blue as weapons against their own, even if it means killing them in the process!
The first all new Fathom series to make its debut since Michael Turner introduced you to his incredible underwater adventure over 18 years ago! Collecting together the entire first Fathom Blue series along with a complete cover gallery, this beautiful trade paperback is a must have for any Aspen or Fathom fan! ) Comic Bento exclusive variant cover

* michael turner's fathom: dawn of war - the complete saga published by aspen (cover price: $9.99 ) (_ aspen is proud to offer a new third edition of the sold-out story that sparked the war, and brought the world of fathom to its knees, fathom: dawn of war! This special trade paperback contains the entire tale of warfare and betrayal that led up to the battle between the humans and the blue, and the unheralded surfacing of the black! Find out why dawn of war became one of the most pivotal storylines in fathom history! _) comic bento exclusive variant cover

* HOMECOMING Published by Aspen (Cover Price: $9.99 ) (_ Nobody ever said being a teenager was easy... Just when you thought it was safe to go back to High School...Aspen Comics proudly presents an all-new series created by Michael Turner, Scott Lobdell and David Wohl. HOMECOMING! Hunter Wilson is just an average American teenager in an average American town, but when the beautiful and amnesiac Celeste arrives in his backyard, Hunter's life will change forever. He discovers that Celeste had disappeared from that very house 10 years earlier, and now she's back with little memory of who she was--but with strange, fantastic abilities and the knowledge that dark forces are rapidly approaching! Now, Hunter must help Celeste regain her memory while he tries to keep himself and his friends safe--and if that wasn't difficult enough, Homecoming is just a week away and he doesn't have a date to the dance yet! _) Comic Bento exclusive variant cover

* RED SONJA: LEGENDS OF RED SONJA Published by Dynamite (Cover Price: $19.99 ) ( In this unique collection, ongoing Red Sonja series writer Gail Simone hand-picked eleven of the fiercest, most talented, and most popular female writers from the worlds of comics, prose, games, and television, to help her tell the greatest legends in the She-Devil’s long history! A group of savage mercenaries hired to hunt and kill Sonja come across campfire tales of her at every turn... and Sonja does not like to be hunted.
Tamora Pierce, Mercedes Lackey, Marjorie M. Liu, Nancy A. Collins, Kelly Sue DeConnick, Rhianna Pratchett, and many more tell fascinating bits of Sonja’s legend, with a wrap-around tale by Simone herself, and art by the likes of Phil Noto, Jim Calafiore, Jack Jadson, and others.
Collects Legends of Red Sonja issues #1-5, the script to issue #1, concept art by Jack Jadson, and more! )

* VAMPIRELLA VOL. 1: OUR LADY OF SHADOWS Published by Dynamite (Cover Price: $24.99 ) (_ The horror icon Vampirella returns to her roots, courtesy of Bram Stoker Award-winning author Nancy A. Collins (Sunglasses After Dark)! Vampirella is sent by the Vatican to investigate the kidnapping of a little girl by Ethan Shroud and the Chaos Cult, only to become the centerpiece of a ritual invoking Lady Umbra, the sister-bride of Chaos, that leaves her marked as a living sacrifice to the dark goddess who rules the shadows. Hunted by the Mallus Maleficarum, an elite hit-squad of monster-killers also known as "The Witch-Hammer", she finds her world abruptly turned upside down... and herself unexpectedly allied with the strangest bedfellow imaginable! _) 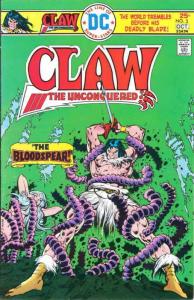 Claw the Unconquered #3 FN; DC | save on shipping - details inside 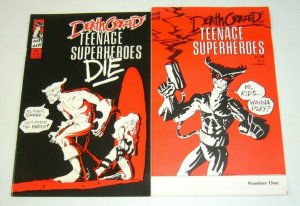 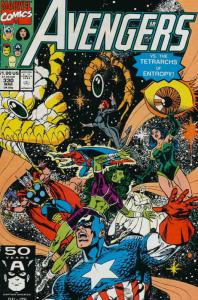 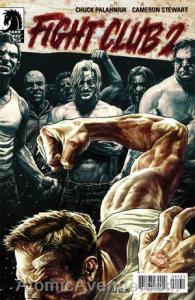 Fight Club 2 #1B VF/NM; Dark Horse | save on shipping - details inside