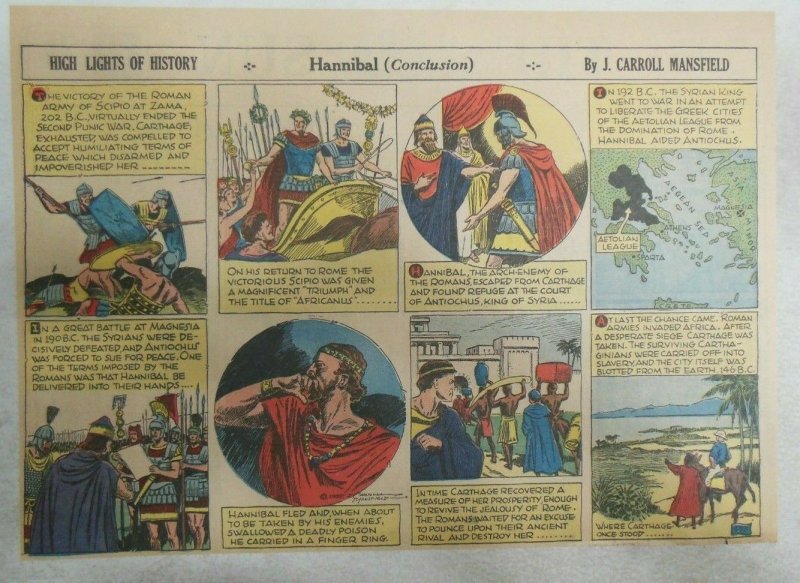 Highlights of History Sunday Hannibal by J. Carroll Mansfield from 1935

Condition:Paper: Some light tanning, otherwise: Excellent! Bright Colors! Pulled from Loose Sections! (Please Check Scans) This is a _HIGHLIGHTS OF HISTORY _SUNDAY PAGE BY J. CARROLL MANSFIELD. This was a syndicated feature that ran for many years in the ... Read More

This is a _HIGHLIGHTS OF HISTORY _SUNDAY PAGE BY J. CARROLL MANSFIELD. This was a syndicated feature that ran for many years in the Sunday Comics Section of many newspapers. GREAT ARTWORK! Wonderful Images for Presentation and Display! These Frame Very Nicely! This was cut from the original newspaper Sunday comics section of 1930'S-40'S. SIZE: 11 X 15 INCHES (HALF FULL SIZE PAGE!). PAPER: SOME LIGHT TANNING, OTHERWISE: EXCELLENT! BRIGHT COLORS! PULLED FROM LOOSE SECTIONS! (PLEASE CHECK SCANS) Please include $5.00 Total postage on any size order (USA) $20.00 International FLAT RATE. I combine postage on multiple pages. Check out my other auctions for more great vintage Comic Strips and Paper Dolls. THANKS FOR LOOKING!

+Please Note This Page Is Full Color as Shown!
*buy as many as you would like and pay only $5.00 total combined postage in usa! $20.00 overseas

The Bell Syndicate, launched in 1916 by editor-publisher John Neville Wheeler, was an American syndicate that distributed columns, fiction, feature articles and comic strips to newspapers for decades. It was located in New York City at 247 West 43rd Street and later at 229 West 43rd Street. It also reprinted comic strips in book form.[1]

In 1913, while working as a sportswriter for the New York Herald, Wheeler formed the Wheeler Syndicate to specialize in distribution of sports features to newspapers in the United States and Canada. That same year his Wheeler Syndicate contracted with pioneering comic strip artist Bud Fisher and cartoonist Fontaine Fox to begin distributing their work.[2] Journalist Richard Harding Davis was sent to Belgium as war correspondent and reported on early battlefield actions, as the Wheeler Syndicate became a comprehensive news collection and distribution operation. In 1916, the Wheeler Syndicate was purchased by S. S. McClure's McClure Syndicate, the oldest and largest news and feature syndicate in America. (Years later, Wheeler's company would in turn acquire the McClure Newspaper Syndicate.)

Ring Lardner began writing a sports column for Bell in 1919.

In 1924, Wheeler became executive editor of Liberty magazine, and served in that capacity while continuing to run the Bell Syndicate.

In 1933, just as the concept of "comic books" was getting off the ground, Eastern Color Printing published Funnies on Parade, which reprinted in color several comic strips licensed from the Bell-McClure Syndicate, the Ledger Syndicate, and the McNaught Syndicate,[7] including the Bell Syndicate & Associated Newspaper strips Mutt and Jeff, Cicero, S'Matter, Pop, Honeybunch's Hubby, Holly of Hollywood, and Keeping Up with the Joneses. Eastern Color neither sold this periodical nor made it available on newsstands, but rather sent it out free as a promotional item to consumers who mailed in coupons clipped from Procter & Gamble soap and toiletries products. The company printed 10,000 copies, and it was a great success.[8][9]

The Bell Syndicate-North American Newspaper Alliance acquired the McClure Newspaper Syndicate in September 1952 — making it the second McClure-family-owned syndicate to be acquired by Bell — with Louis Ruppel installed as president and editor.[11]

The syndicate's greatest success with comic strips was in the 1920s, 1930s, and 1940s. The company had some strips in syndication through the 1950s but the only ones to have success into the 1960s were Uncle Nugent's Funland, Hambone's Meditations and Joe and Asbestos.

In 1964, the publishing and media company Koster‐Dana Corporation was identified as controlling both North American Newspaper Alliance and the Bell‐McClure Syndicate.[12] and by 1970 the syndicate was no longer distributing comic strips.

Final Years
In 1972, United Features Syndicate acquired NANA / Bell-McClure and absorbed them into its syndication operations.[13]

Toonerville Folks by Fontaine Fox (1916–c.1930) — originated with Wheeler Syndicate; later moved to the McNaught Syndicate where it ran until 1955

Key People, Writers, and Columnists
Henry M. Snevily was the firm's president. Kathleen Caesar was the Bell Syndicate's editor. Film critic Mordaunt Hall was a Bell copy editor, and he also contributed articles. In 1964, Will Eisner was appointed president of NANA and Bell-McClure, replacing Harry Spiess.[32]

Late in life, after moving over from the Ledger Syndicate, Elizabeth Meriwether Gilmer wrote the Dorothy Dix advice column, which ran in 160 newspapers, until her 1951 death, when Muriel Agnelli took over the column. In 20 newspapers it appeared under the byline "Muriel Nissen," Agnelli's maiden name. Born in Manhattan, Muriel Agnelli attended Hunter College and also studied journalism and psychology at Columbia University. After marrying Joseph P. Agnelli in 1929, she began editing Bell's four-page children's tabloid, The Sunshine Club, and she later wrote a column about postage stamps and stamp collecting. Joseph Angelli was the Bell Syndicate's executive vice-president and general manager.

The syndicate also distributed James J. Montague's column More Truth than Poetry, as well as many other articles and light fiction pieces, from about 1924 until his death in 1941. The liberal Washington columnist Doris Fleeson wrote a daily Bell political column from 1945 to 1954.[33] Drew Pearson's Washington-Merry-Go-Round column (moving over from United Features Syndicate in 1944) was carried in 600 newspapers until Pearson's death in 1969.

*please note: collecting and selling comics has been my hobby for over 30 years. Due to the hours of my job i can usually only mail packages out on saturdays. I send out priority mail which takes 2 - 7 days to arrive in the usa and air mail international which takes 5 - 30 days depending on where you live in the world. I do not "sell" postage or packaging and charge less than the actual cost of mailing. I package items securely and wrap well. Most pages come in an archival sleeve with acid free backing board at no extra charge. If you are dissatisfied with an item. Let me know and i will do my best to make it right. 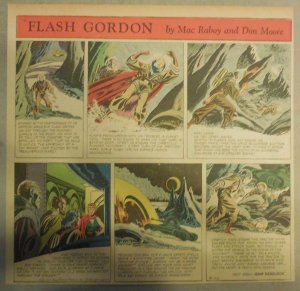 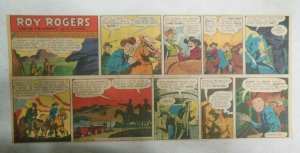 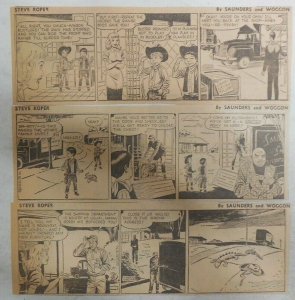 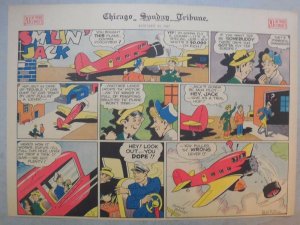 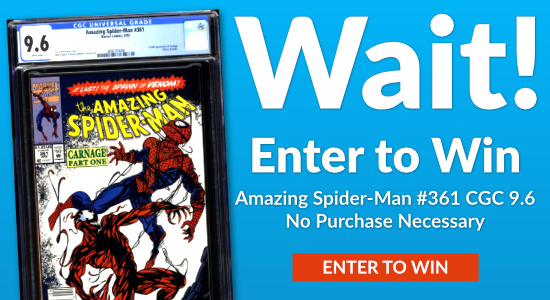