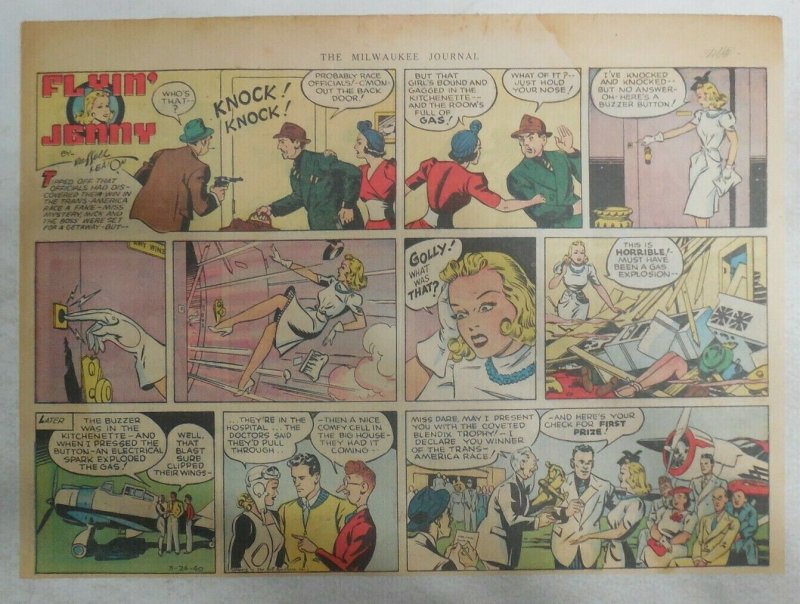 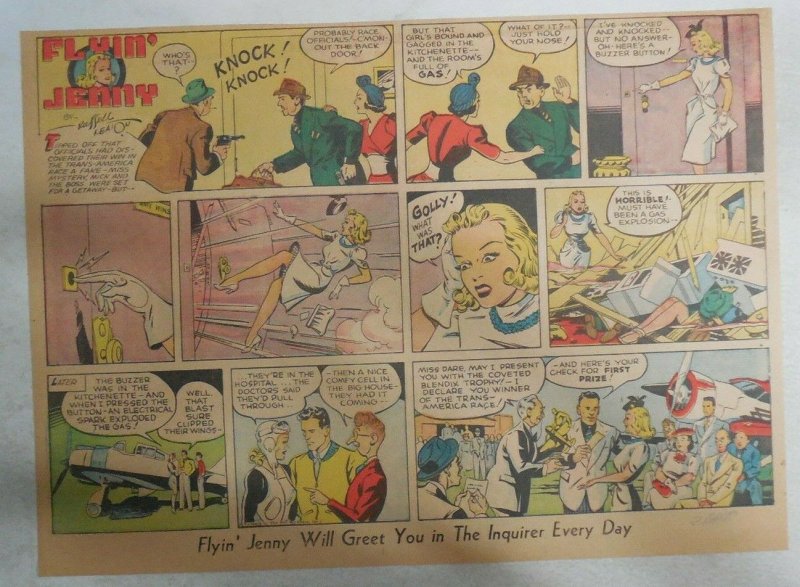 Paper: some light tanning, some slightly trimmed, a few have archival reinforcement, otherwise: Very Good! This is an "FLYING JENNY_"_ SUNDAY PAGE BY GLENN CHAFFIN AND RUSSELL KEATON. This was cut from the original newspaper Sunday Comics section of 1940 ... Read More

This is an "FLYING JENNY_"_ SUNDAY PAGE BY GLENN CHAFFIN AND RUSSELL KEATON. This was cut from the original newspaper Sunday Comics section of 1940 SIZE: HALF FULL PAGE OR TABLOID PAGE: ~11 X 15 INCHES. PAPER: SOME LIGHT TANNING, A FEW HAVE ARCHIVAL REINFORCEMENT, OTHERWISE: EXCELLENT! PULLED FROM BOUND VOLUMES! (PLEASE CHECK SCANS) Please include $5.00 Total postage on any size order (USA) $20.00 International FLAT RATE. I combine postage on multiple pages. Check out my other auctions for more great vintage Comic Strips and Paper Dolls. THANKS FOR LOOKING! 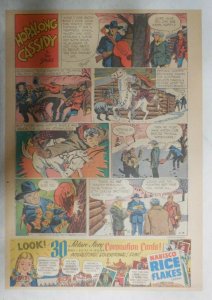 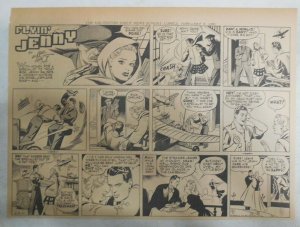 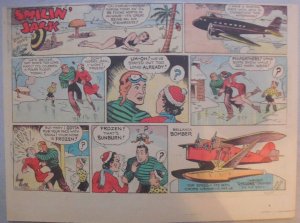 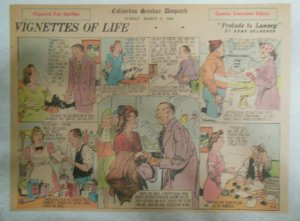