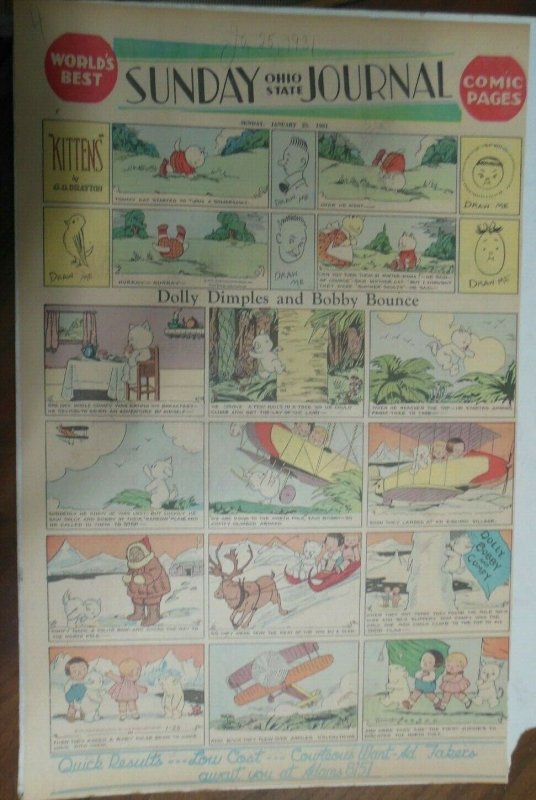 Dolly Dingle
Grace Drayton (née Gebbie; née Wiederseim; October 14, 1878 – January 31, 1936) was an illustrator of children's books, fashion pages, and magazine covers. She created the Campbell Soup Kids. She is considered to be one of the first and most successful American female cartoonists.

Biography
Drayton was born Grace Gebbie in 1878 in Philadelphia. Her father, George Gebbie, was an art publisher.

Drayton attended Drexel Institute (now Drexel University) and the Philadelphia School of Design for Women (PSDW). While at PSDW, she was a student of the American artist and teacher Robert Henri during 1893 and 1894. Drayton began her career as a freelance artist in 1895. From 1905 to 1909, she was a member of The Plastic Club, an arts organization in Philadelphia. She created the Campbell Soup Kids which was used in advertisements for Campbell's Soup beginning in 1904.The Campbell Soup Kids and Drayton's other children characters were drawn in a cute cherubic style often with round faces, plump bodies, and rosy cheeks.

With her sister Margaret G. Hays (1874-1925) as writer, Drayton produced The Adventures of Dolly Drake and Bobby Blake in Storyland and The Turr’ble Tales of Kaptin Kiddo in the period 1905–1909. Drayton designed the popular Dolly Dingle Paper Dolls which appeared in the women's magazine Pictorial Review.

She also created syndicated newspaper comic strips for Hearst/King Features such as Naughty Toodles, Dottie Dimple, Dimples, Dolly Dimples and Bobby Bounce, and The Pussycat Princess. Drayton was the first woman to be a cartoonist for Hearst. The Pussycat Princess was started in 1935. After Drayton's death in 1936, the strip was continued by Ruth Carroll and Ed Anthony.

Personal Life
In 1900 she married Theodore Wiederseim. In 1911, she divorced Wiederseim and married William Drayton, and started signing her work as Grace Drayton. She divorced Drayton in 1923. Grace Drayton died in 1936 and is buried at the Holy Cross Cemetery Yeadon, Pennsylvania.

Legacy
The Campbell Soup Kids were an iconic staple of Campbell's Soup advertising strategy for decades. The Campbell Soup Kids drawings and memorabilia remain popular with antique collectors. It is possible that Drayton's work had some influence on Japanese Shōjo manga in the late 1930s. Drayton's Dolly Dingle dolls are part of the Joseph Downs Collection at the Winterthur Museum, Garden and Library. Some of her work is also part of the collection at The Cartoon Museum.

The Adventures of Dolly Drake and Bobby Blake in Storyland (The Philadelphia Press, 1905–1906) — written by Margaret G. Hays

*Please note: COLLECTING AND SELLING COMICS HAS BEEN MY HOBBY FOR OVER 30 YEARS. _DUE TO THE HOURS OF MY JOB I CAN USUALLY ONLY MAIL PACKAGES OUT ON SATURDAYS._ I SEND OUT Priority Mail which takes 2 - 7 days TO ARRIVE in THE USA AND AIR MAIL INTERNATIONAL WHICH TAKES 5 - 30 DAYS DEPENDING ON WHERE YOU LIVE IN THE WORLD. I do not "sell" postage or packaging and charge less than the actual cost of mailing. I package items securely and wrap well. MOST PAGES COME IN AN ARCHIVAL SLEEVE WITH ACID FREE BACKING BOARD AT NO EXTRA CHARGE. If you are dissatisfied with an item. Let me know and I will do my best to make it right. 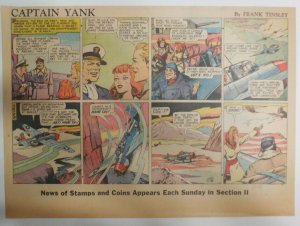 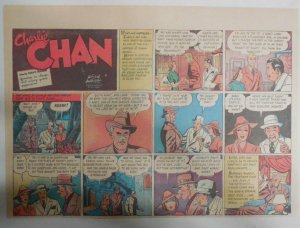 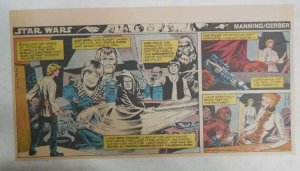 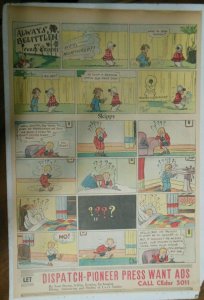