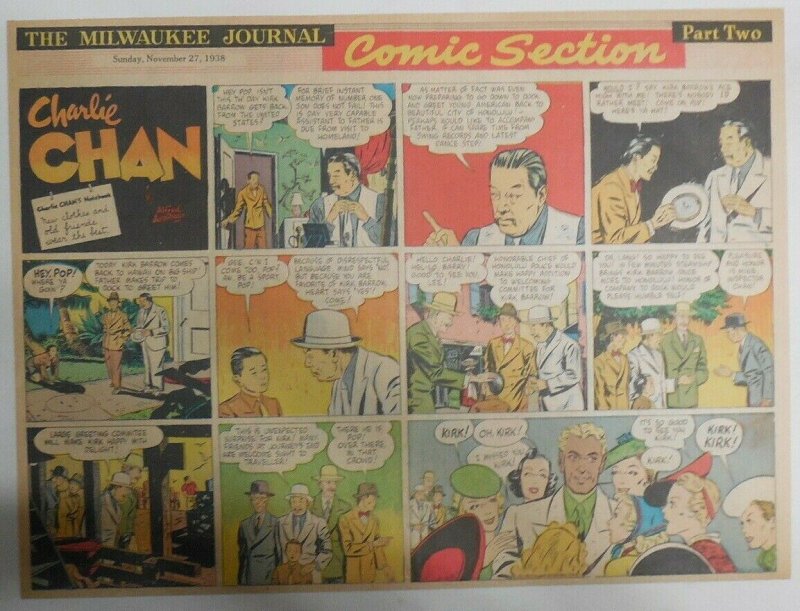 This is a _CHARLIE CHAN_ SUNDAY PAGE BY ALFRED ANDRIOLA. FANTASTIC ARTWORK! This was cut from the original newspaper Sunday comics section of 1938 FIRST YEAR!. SIZE: ~11 X 15 INCHES (HALF FULL PAGE). PAPER: SOME HAVE LIGHT TANNING, A FEW HAVE SMALL ARCHIVAL REPAIRS, OTHERWISE: EXCELLENT! BRIGHT COLORS! PULLED FROM LOOSE SECTIONS! (PLEASE CHECK SCANS) Please include $5.00 Total postage on any size order (USA) $20.00 International FLAT RATE. I combine postage on multiple pages. Check out my other auctions for more great vintage Comic strips and Paper Dolls. THANKS FOR LOOKING!

Alfred James Andriola (May 24, 1912 – March 29, 1983) was an American cartoonist best known for the comic strip Kerry Drake, for which he won a Reuben Award in 1970. His work sometimes appeared under the pseudonym Alfred James.

Andriola was born in New York City and grew up in Rutherford, New Jersey. He studied at Cooper Union and Columbia University, intending to becoming a writer. Instead, following a fan letter he wrote to Milton Caniff, he became his assistant, working with him on Terry and the Pirates and Scorchy Smith.

Comic Strips and Comic Books
His first strip was charlie chan (1938–1942), an adaptation of the popular detective novels for the mcnaught syndicate. For five months in 1943 he drew a minor superhero, captain triumph, for quality comics' crack comics.

For a year he drew the strip Dan Dunn with writer Allen Saunders. Dunn ended on October 3, 1943, and the next day their Kerry Drake debuted. Originally a district attorney's investigator, Drake became a municipal police officer when Sandy Burns, his secretary and fiancee, was murdered by Trinket and Bulldozer. As both a DA's man and a city cop, he battled a series of flamboyant villains, including Bottleneck, Mother Whistler and No-Face. It gradually became a soap opera strip focusing on Drake's home life with his wife Mindy and their quadruplets, as Drake's younger brother Lefty, a private eye, took over more of the adventure plots. Andriola was assisted (and ghosted) by artists Fran Matera, Jerry Robinson and Sururi Gumen, the last of whom shared credit with Andriola starting in 1976. Using the pseudonym Alfred James, he collaborated with Mel Casson on the strip It's Me, Dilly from 1957 to 1960. Kerry Drake was canceled after Andriola died in 1983.

Books
He contributed to the book, Ever Since Adam and Eve: A Pictorial Narrative of the Battle of the Sexes in Original Drawings by 86 Famous Cartoonists (McGraw Hill, 1955).

Awards
Andriola received the National Cartoonists Society's Silver T-square Award in 1970 and their Reuben Award in 1971.

Charlie Chan
First appearance The House Without a Key

Last appearance Charlie Chan and the Curse of the Dragon Queen

Charlie Chan is a fictional character created by Earl Derr Biggers. Biggers loosely based Chan on Honolulu, Hawaii, detective Chang Apana, and conceived of the benevolent and heroic Chan as an alternative to Yellow Peril stereotypes and villains like Fu Manchu. Chan is a detective for the Honolulu police, though many stories feature Chan traveling the world as he investigates mysteries and solves crimes.

Chan first appeared in Biggers' novels, then was featured in a number of media. Over four dozen films featuring Charlie Chan were made, beginning in 1926. The character was first portrayed by East Asian actors, and the films met with little success. In 1931, the Fox Film Corporation cast Swedish actor Warner Oland as Chan in Charlie Chan Carries On; the film became popular, and Fox went on to produce fifteen more Chan films with Oland in the title role. After Oland's death, American actor Sidney Toler was cast as Chan; Toler made twenty-two Chan films, first for Fox and then for Monogram Studios. After Toler's death, six films were made, starring Roland Winters.

Readers and movie-goers of white America greeted Chan warmly, seeing him as an attractive character who is portrayed as intelligent, heroic, benevolent and honorable in contrast to the racist depictions of evil or conniving Asians which dominated Hollywood and national media. However, in later decades critics took contending views, finding that Chan, despite his good qualities, reinforces condescending Asian stereotypes such as an alleged incapacity to speak idiomatic English and a tradition-bound and subservient nature. Many found it objectionable that he was played on screen by Caucasian actors in yellowface.

*please note: collecting and selling comics has been my hobby for over 30 years. Due to the hours of my job i can usually only mail packages out on saturdays. I send out first class or priority mail which takes 2 - 10 days to arrive in the usa and air mail international which takes 5 - 30 days or more depending on where you live in the world. I do not "sell" postage or packaging and charge less than the actual cost of mailing. I package items securely and wrap well. Most pages come in an archival sleeve with acid free backing board at no extra charge. If you are dissatisfied with an item. Let me know and i will do my best to make it right. Many thanks to all of my 1,000's of past customers around the world. 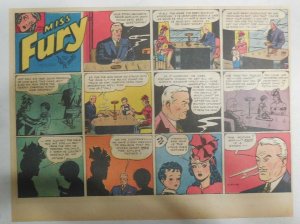 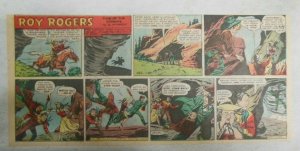 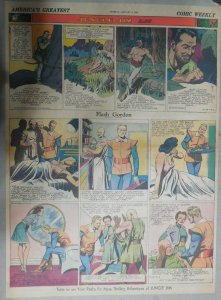 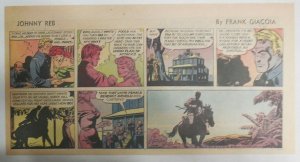