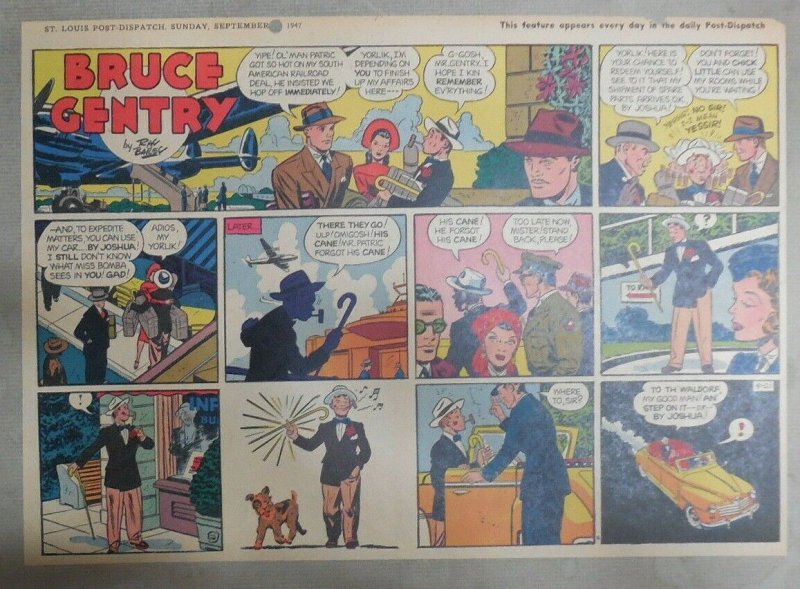 Condition:Paper: some light tanning, some slightly trimmed, a few have archival reinforcement, otherwise: Very Good! This is an "BRUCE GENTRY_"_ SUNDAY PAGE BY RAY BAILEY. This was cut from the original newspaper Sunday Comics section of 1947. SIZE: TAB ... Read More

This is an "BRUCE GENTRY_"_ SUNDAY PAGE BY RAY BAILEY. This was cut from the original newspaper Sunday Comics section of 1947. SIZE: TABLOID SIZE OR HALF SIZE: 11 X 15 INCHES. PAPER: SOME LIGHT TANNING, A FEW HAVE ARCHIVAL REINFORCEMENT, OTHERWISE: EXCELLENT! PULLED FROM BOUND VOLUMES! (PLEASE CHECK SCANS) Please include $5.00 Total postage on any size order (USA) $20.00 International FLAT RATE. I combine postage on multiple pages. Check out my other auctions for more great vintage Comic Strips and Paper Dolls. THANKS FOR LOOKING!

+ a few of these have two small pinholes from binding in margin as shown.

Genre(s) Aviation Adventure
Bruce gentry was an aviation adventure comic strip by ray bailey [fr], distributed by the post-hall syndicate. It debuted march 25, 1945, and by july the strip had expanded to 35 newspapers.

Characters and Story
Comic strip historian coulton waugh called bailey's bruce gentry a "job of very high technical skill." he further credited the artist with mastery of "exact perspective, high flexibility of expression and a feeling for drama."[1] despite such high praise near the time of its inception, the bruce gentry series was not a long-term success. It ended january 6, 1951 with gentry marrying his sweetheart cleo patric.

The strip's most obvious precursor was milton caniff's terry and the pirates, which had taken on a strong aviation slant a few years earlier, when its protagonist joined the u.S. Air force. And there was good reason for the resemblance. Tho he'd been a sports cartoonist, comic book artist and animator (he worked on fleischer's betty boop and popeye cartoons), bailey's best known earlier work was as caniff's assistant on terry and male call. His drawing style was strongly reminiscent of caniff, as was his method of putting together stories. Bruce gentry was a well-done strip because ray bailey had learned from one of the best in the business. The title character of bruce gentry was a former pilot in the u.S. Air force, working for a small airline in south america. There, he found enough subversive and/or criminal activity to keep readers of the strip coming back, and enough gorgeous women to motivate a dozen heroes. But a single continent can't contain a good flying hero, so his adventures branched out all over the world—even, long before it became prominent in the news, to vietnam. That's also a pretty good description of steve canyon, which caniff launched a couple of years later. Bailey did a good strip in the caniff tradition, but wasn't able to compete with caniff himself. Tho gentry came first, it was canyon that went on to fame.

In 1947-49, four star publications and superior publishers, ltd. Teamed to publish eight issues of a bruce gentry reprint comic book. After the first issue (january 1947) from four star, the numbering was continued by superior when it published issue #2 (november 1947). The earliest issues carried the subtitle, "america's famous newspaper comic strip". Superior maintained the run until issue #8 (july 1949). The subtitle on the final issue was "romantic adventures for teen-agers!!"[3] 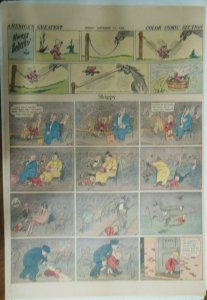 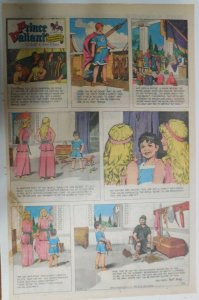 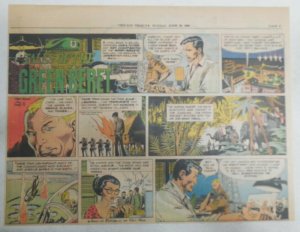 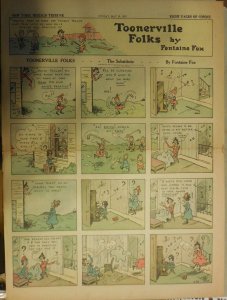