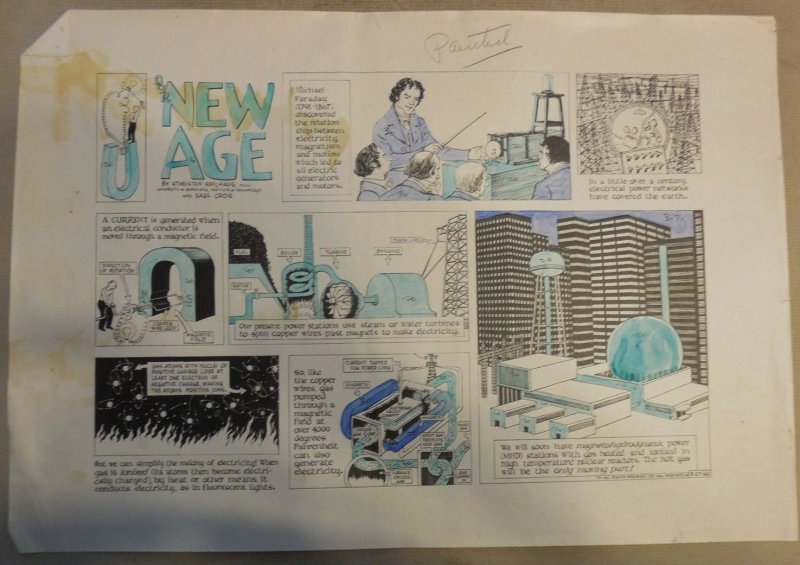 Condition:Paper: some light tanning, a few have small tape repairs, some have light creases otherwise: Excellent!: Bright Colors! Please Check the Scans! This is an ORIGINAL HAND PAINTED/PENCILED COLOR GUIDE FOR AN "OUR NEW AGE" SUNDAY PAGE BY ATHELSTAN ... Read More

This is an ORIGINAL HAND PAINTED/PENCILED COLOR GUIDE FOR AN "OUR NEW AGE" SUNDAY PAGE BY ATHELSTAN SPILHAUS AND EARL CROS_._ FANTASTIC ARTWORK! VERY RARE AND HARD TO FIND ! SIZE: 11 X 15 INCHES . FREE SHIPPING! (USA) $20.00 International FLAT RATE. I combine postage on multiple pages. Check out my other auctions for more great vintage Comicstrips and Paper Dolls. THANKS FOR LOOKING!

From Wikipedia, the free encyclopedia

Athelstan Frederick Spilhaus
Spilhaus is standing to the right during the announcement of plans for the building and launching of the world's first man-made satellite, July 29, 1955. (NASA)

ATHELSTAN FREDERICK SPILHAUS (November 25, 1911 – March 30, 1998) was a South African-American geophysicist and oceanographer. He was born in Cape Town, South Africa. He became a US citizenin 1946. Among other accomplishments, Spilhaus is credited with proposing the establishment of Sea Grant Colleges at a meeting of the American Fisheries Society in 1963 as a parallel to the successful land-grant colleges, which he claimed was "one of the best investments this nation ever made. The same kind of imagination and foresight should be applied to the exploration of the sea."[1]

In 1936 Spilhaus joined the Woods Hole Oceanographic Institution in Massachusetts, where he developed the bathythermograph, which made the measurement of ocean depths and temperatures from a moving vessel possible, a device which proved indispensable to submarine warfare. This invention established his international reputation.[2]

Later he became Dean of the University of Minnesota's Institute of Technology.[3]

Spilhaus was the founder and original planner of the Minnesota Experimental City[4].

Spilhaus was also chair of the scientific advisory committee of the American Newspaper Publishers Association. He became known by the public for his _Our New Age_ Sunday feature, which appeared in the color comics section of 93 newspapers (1957–1973).[5][6][7] The strip therefore was quite influential in its time and John F. Kennedy is cited to have said on a meeting with Spilhaus in 1962: "The only science I ever learned was from your comic strip in the _Boston Globe_."[8] He apparently enjoyed authoring the feature; in response to a question about its broad scope in a mid-sixties TV interview, Spilhaus modestly replied he'd learned quite a lot by writing it.

He also served on the board of trustees of Science Service, now known as Society for Science & the Public, from 1965 to 1978. 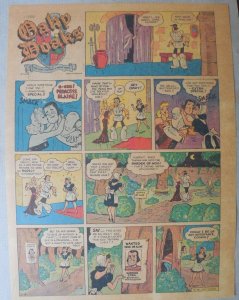 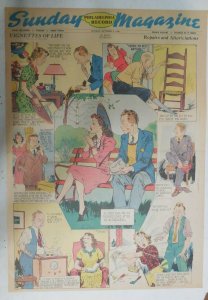 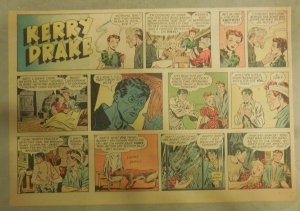 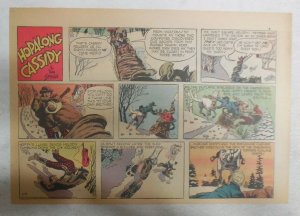