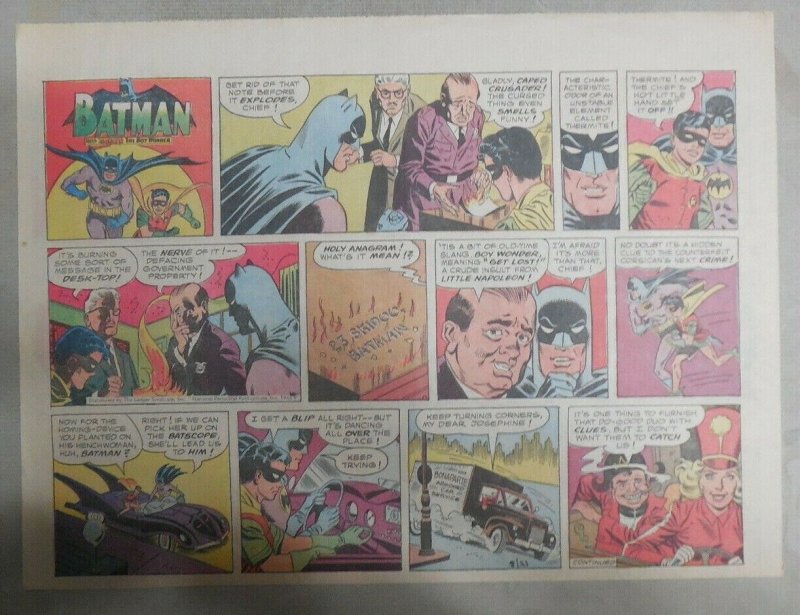 Condition:Paper: some have light tanning, small archival repairs, otherwise: Excellent! This page is printed as shown in Full Color. > This is a _BATMAN_ SUNDAY PAGE by BOB KANE. VERY RARE AND HARD TO FIND! This was cut from the original newspaper Sunda ... Read More

> This is a _BATMAN_ SUNDAY PAGE by BOB KANE. VERY RARE AND HARD TO FIND! This was cut from the original newspaper Sunday comics section of 1966. SIZE: ~11 X 15 INCHES (HALF FULL PAGE). PAPER: SOME HAVE LIGHT TANNING, SMALL ARCHIVAL REPAIRS, OTHERWISE: EXCELLENT! BRIGHT COLORS! PULLED FROM LOOSE SECTIONS! (PLEASE CHECK SCANS) Please include $5.00 Total postage on any size order (USA) $20.00 International FLAT RATE. I combine postage on multiple pages. Check out my other auctions for more great vintage Comic strips and Paper Dolls. THANKS FOR LOOKING!
>
> *This Page Is Printed in Full Color,
>
> Batman (Comic Strip)
>
> Batman
>
> Author(s) Bob Kane (1943–1946)
>
> Walter B. Gibson (1953), William Messner-Loebs (1989–1991)
>
> Illustrator(s) Carmine Infantino & John Nyberg (1989–1991)
>
> Current status/schedule Daily & Sunday; concluded
>
> Launch date October 25, 1943
>
> End date August 3, 1991
>
> Alternate name(s) Batman and Robin (1943–1946, 1953)
>
> Batman with Robin the Boy Wonder (1966–1972)
>
> Syndicate(s) McClure Newspaper Syndicate (1943–1946)
>
> Ledger Syndicate (1966–1972)
>
> Creators Syndicate (1989–1991)
>
> Genre(s) superhero; adventure
>
> The Batman comic strip began on October 25, 1943, a few years after the creation of the comic book Batman. At first titled Batman and Robin, a later incarnation was shortened to Batman. The comic strip had three major and two minor runs in American newspapers.
>
> Batman and Robin, 1943–1946
>
> The first series was written by Bob Kane and others. It was published as both a daily strip and a Sunday strip. This series has been reprinted by DC Comics and Kitchen Sink Press in one Sunday and three daily volumes. It was distributed by the McClure Syndicate. The strip ended in November 2, 1946.
>
> From Joe Desris’s introduction to the first book of daily reprints: "... this newspaper strip, Batman and Robin, ... has important historical significance: It is the last large body of work that Batman creator Bob Kane penciled completely solo... and it contains stories by all of the significant writers from the first five, formative years of the feature’s history: Don Cameron, Bill Finger, Jack Schiff and Alvin Schwartz.”
>
> Batman and Robin, 1953
>
> The second series was written by Walter B. Gibson and was published on Sunday only, in September 1953. This short-lived attempt to revive the Batman comic strip ran only in Arrow, the Family Comic Weekly, which was edited by Gibson. A few of these very rare strips are reprinted in the book Batman: The Sunday Classics 1943–46.
>
> *please note: collecting and selling comics has been my hobby for over 30 years. Due to the hours of my job i can usually only mail packages out on saturdays. I send out first class or priority mail which takes 2 - 10 days to arrive in the usa and air mail international which takes 5 - 30 days or more depending on where you live in the world. I do not "sell" postage or packaging and charge less than the actual cost of mailing. I package items securely and wrap well. Most pages come in an archival sleeve with acid free backing board at no extra charge. If you are dissatisfied with an item. Let me know and i will do my best to make it right.Many thanks to all of my 1,000's of past customers around the world.
>
> enjoy your hobby everyone and have fun collecting!

*CORRECTION THIS PAGE IS FROM 1943 AS SHOWN. 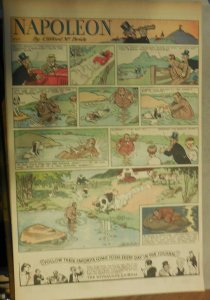 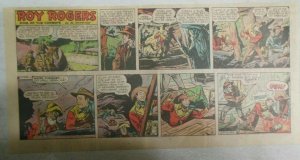 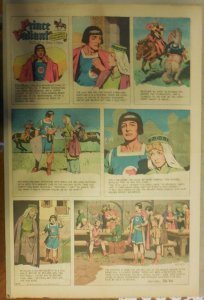 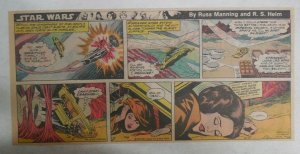