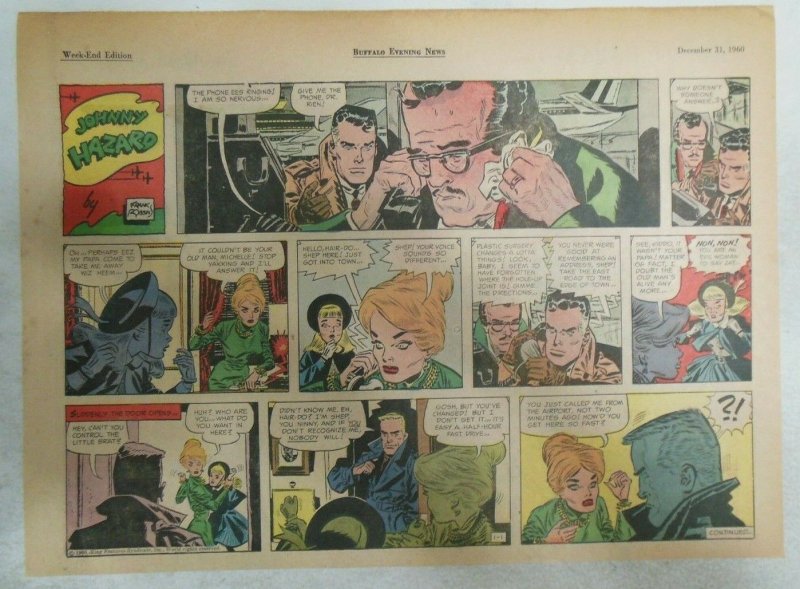 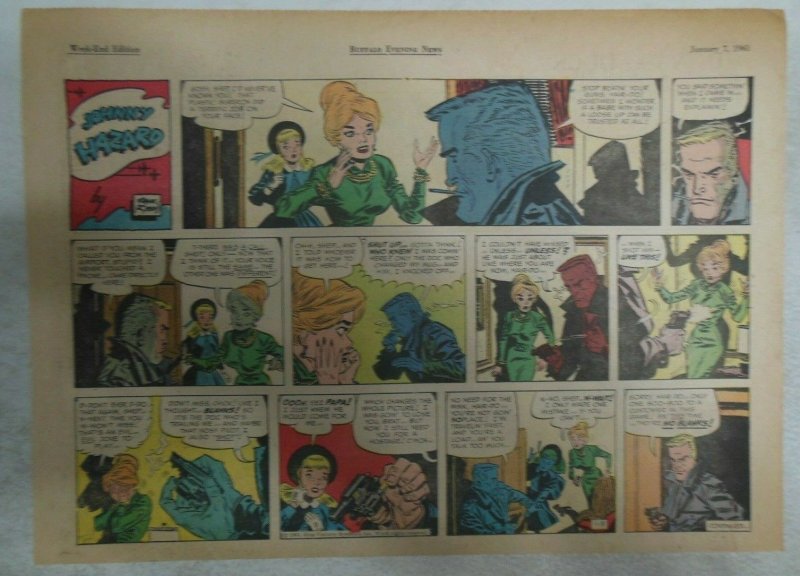 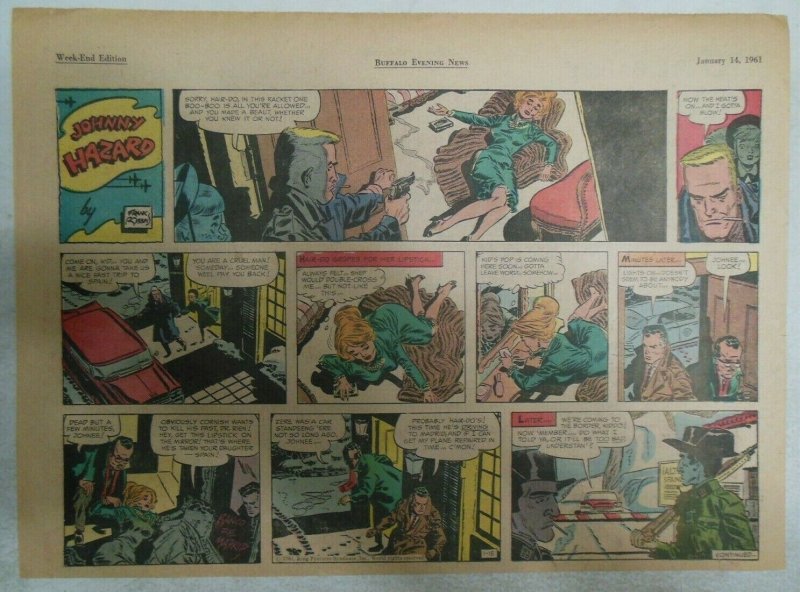 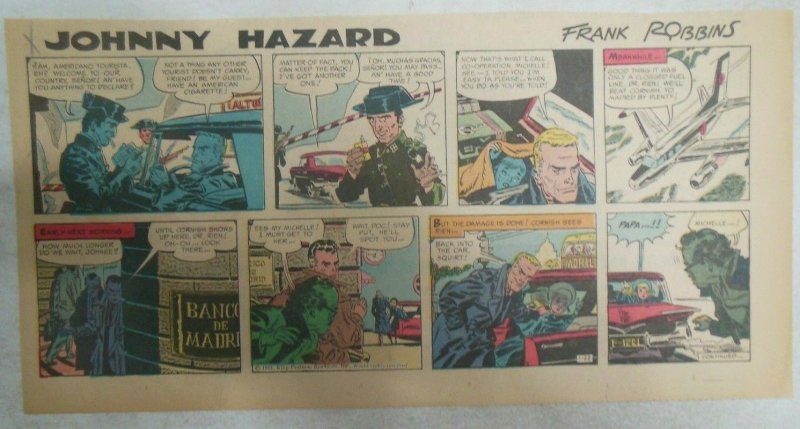 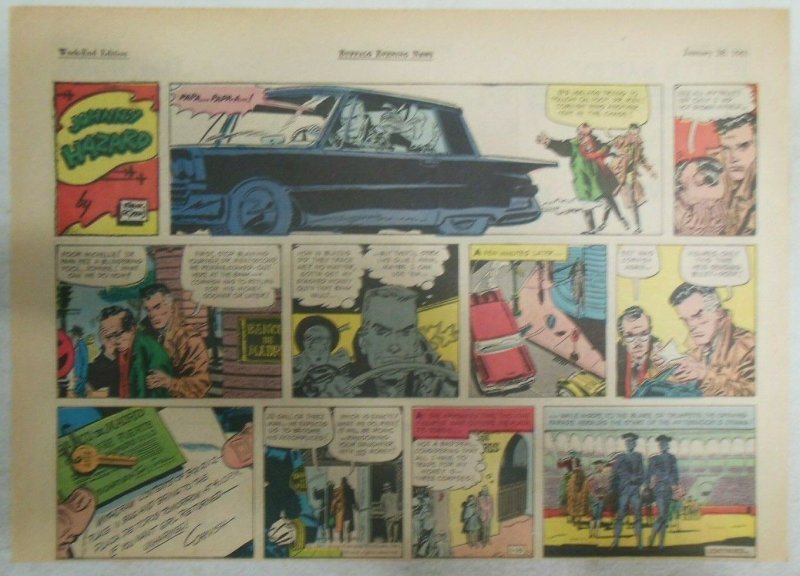 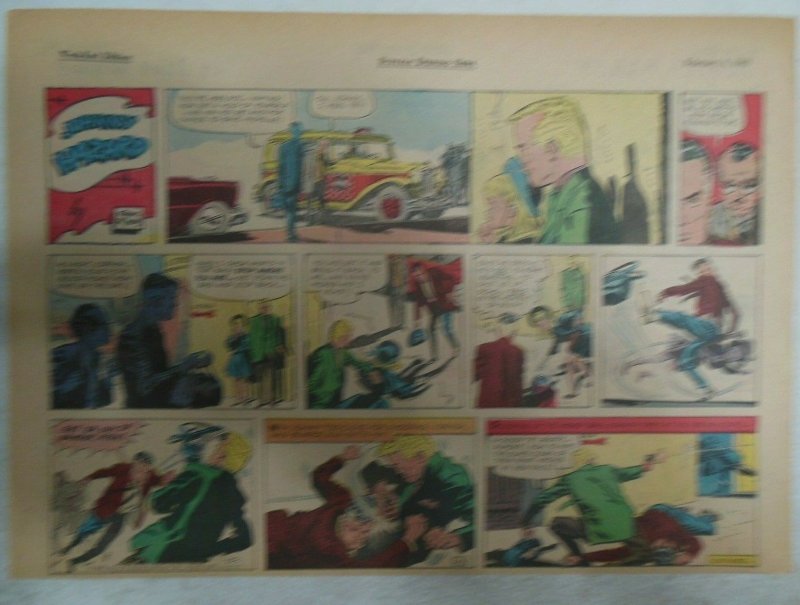 This is a (COMPLETE YEAR!) of 52 _JOHNNY HAZARD_ SUNDAY PAGES by FRANK ROBBINS. FANTASTIC ADVENTURE STORIES AND BEAUTIFUL ARTWORK! These were cut from the original newspaper Sunday comics sections of 1961. SIZE: 50 = 11 X 15 INCHES (HALF FULL/TABLOID PA ... Read More

the Invaders
Johnny Hazard
Superboy
Franklin robbins (september 9, 1917Â november 28, 1994) was a notable american comic book and comic strip artist and writer, as well as a prominent painter whose work appeared in museums including the whitney museum of american art, where one of his paintings was featured in the 1955 whitney annual exhibition of american painting.

Early Life
Born in boston, robbins was in his teens when he received a rockefeller grant and scholarships to the boston museum and the national academy of design in new york.[citation needed]

Comic Strips
In 1939, the associated press hired robbins to take over the aviation strip scorchy smith which he drew until 1944. Robbins created his johnny hazard strip in 1944 and worked on it for more than three decades until it ended in 1977. Robbins' johnny hazard comic book was published by standard comics from august 1948 to may 1949. The sunday strips were reprinted in a full-color volume published by the pacific comics club. Other reprints were published by pioneer comics and dragon lady press.

Comic Books
In 1968, robbins began working as a writer for dc comics. His first story for that publisher appeared in superman's girl friend, lois lane #83 (may 1968). He became the writer of superboy as of issue #149 (july 1968) and began writing batman and detective comics the following month. Robbins and artist irv novick crafted the story which revealed the last name of batman's butler alfred pennyworth in batman #216 (nov. 1969). It was later revealed that robbins had simply used the name created by former dc editor whitney ellsworth for the batman syndicated comic strip. The robbins and novick team was instrumental in returning batman to the character's gothic roots as in the story "one bullet too many".

Working with editor julius schwartz and artists neal adams and irv novick, he would revitalize the character with a series of noteworthy stories reestablishing batman's dark, brooding nature. He introduced jason bard as a supporting character in detective comics #392 (oct. 1969) and later wrote a series of backup stories featuring the character. Man-bat was co-created by robbins and neal adams in detective comics #400 (june 1970). Robbins and novick created the ten-eyed man in batman #226 (nov. 1970) and the spook in detective comics #434 (april 1973). Robbins helped launch the plop! Title and briefly drew dc's licensed version of the shadow before moving to marvel comics. There he launched the invaders series with writer roy thomas in 1975 and co-created the characters union jack, spitfire, and the kid commandos. Other marvel work included captain america and ghost rider as well as the licensed characters human fly and man from atlantis. His final new comics work was published in the black-and-white magazine the tomb of dracula vol. 2 #2 (dec. 1979).

Later Life and Death
Robbins moved to san miguel de allende, mexico, and spent his final years focusing on painting. He died of a heart attack on november 28, 1994.

*please note: collecting and selling comics has been my hobby for over 40 years. _due to the hours of my job i can usually only mail packages out on saturday_s. I send out priority mail which takes 3 - 7 days to arrive in the usa and air mail international which takes 10 - 30 days or more depending on where you live in the world. I do not "sell" postage or packaging and charge less than the actual cost of mailing. I package items securely and wrap well. Most pages come in an archival sleeve with acid free backing board at no extra charge. If you are dissatisfied with an item. Let me know and i wil do my best to make it right. 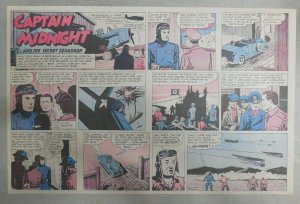 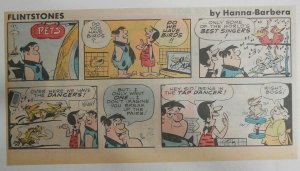 The Flintstones Sunday Page by Hanna-Barbera from 9/30/1979 Third Size Page ! 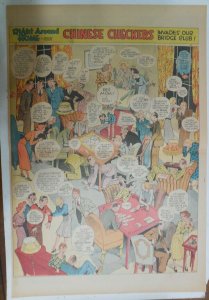 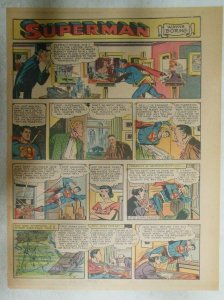