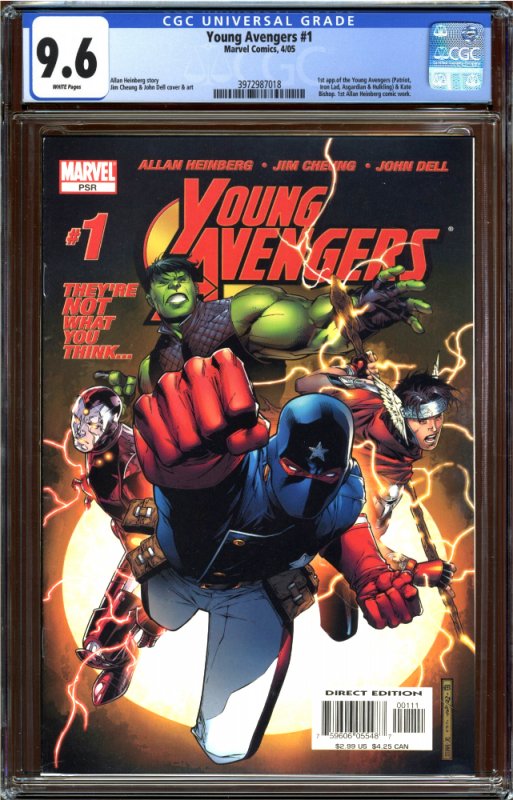 The First Appearance of Hulkling and Wiccan! A mysterious group of young heroes has appeared in the wake of great tragedy. Who are these teenage do-gooders and what right do they have to call themselves the Young Avengers?!

source: marvel.com
Synopsis for “Sidekicks (Part 1 of 6)”
At the office of the Daily Bugle, J. Jonah Jameson assigns Jessica and Kat to locate a mysterious new team of “young Avengers” - including “Thor Junior,” “Iron Kid,” “Teen-Hulk” and “Lieutenant America” (though Jessica explains that “Lieutenant America”’s costume is actually modeled on Bucky Barnes’s) - who recently “rescued a dozen people from a four-alarm fire in Midtown.”
Outside the building, Jessica assures Kat that she’ll try to “contact what’s left of the Avengers,” but Captain America and Iron Man arrive moments later requesting to speak with Jessica. Iron Man tells her that the “group of sidekicks” are not related to the Avengers, and Captain America explains that he and Stark intend “to shut these kids down” after waiting for them “to show up again.”
That evening, five gunmen take a wedding party hostage at Saint Patrick’s Cathedral. Jessica and Kat arrive outside, and moments later the Young Avengers crash through the roof of the Cathedral and disarm the gunmen, inadvertently starting a fire in the process. The gunmen attack the Young Avengers as a bridesmaid retrieves one of the gunmen’s pistols and one of “Lieutenant America”’s throwing stars, using both to help the young heroes overpower the gunmen.
Outside, journalists report on the “botched...attempted rescue” as the police attempt to detain the Young Avengers, who gives their names to Kat: “Asgardian,” “Hulkling,” “Iron Lad,” and “Patriot.” Jessica gives Hulkling her card, and Asgardian recognizes her as the former costumed superhero known as Jewel. The Young Avengers flee the scene and land at the former Avengers Mansion where Iron Lad insists that if the team can’t handle five gunmen, they’ll stand no chance of defeating “the real enemy” - Kang the Conqueror - when he “shows up.” Patriot storms off, and Hulkling leaves Jessica’s card with Iron Lad before he and Asgardian leave as well.
Iron Lad heads into the destroyed Mansion where he finds Captain America, Iron Man, and Jessica Jones waiting for him. He explains that his armor is “neuro-kinetic,” responding to his thoughts, and that it is advanced by a thousand years because he is Kang “from the thirtieth century.”
source: marvel.fandom.com 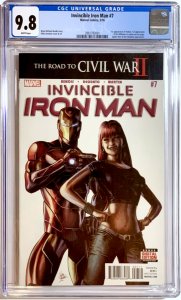 View All
Interested in creating your own Giveaway? As a Store owner, they're a great way to create buzz, reward your audience, and attract new followers and customers. Learn more now .
Submission failed
Form submission failed, please try again or report to support@hipecommerce.com
Commit: 11652fa6_3e046791f7