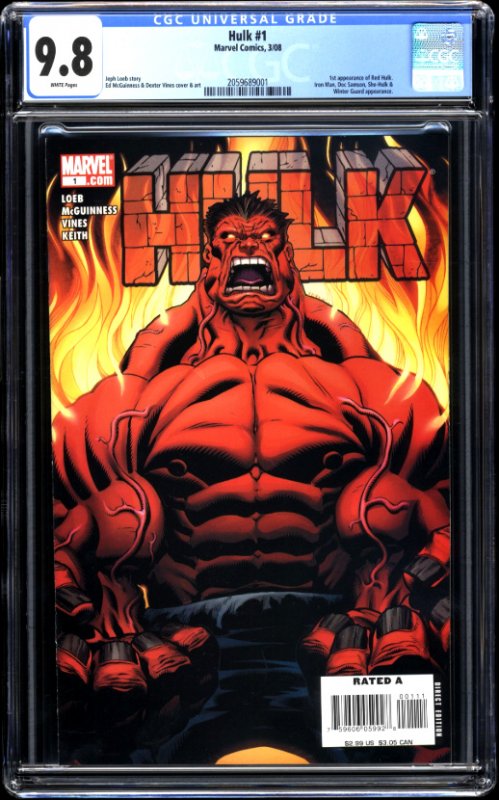 Superstars JEPH LOEB and ED MCGUINNESS will change the way you see THE HULK! In this startling origin epic, the breathtaking events that ended World War Hulk rocket into this brand-new Hulk title. When one of The Hulk's oldest cast members is murdered, everyone turns to the team of IRON MAN, SHE-HULK and LEONARD SAMSON to solve the grizzly case. All the evidence points to the Hulk as the killer&mdashbut {CLASSIFIED}!

Join us for a brand--new story and a brand-new team who loves the Hulk as much as you do!

In Dimitri, Russia, Doc Samson and She-Hulk investigate the murder of the Abomination. Whoever got the drop on him was faster and stronger. They showed no mercy and gave him a severe beating. After the Abomination was down, the killer shot him several times with a gun.

Thunderbolt Ross asks since when has the Hulk used a gun. Maria Hill wonders how it is even possible that the Hulk did it. Iron Man points out that it's only a theory. Samson points out that with all the gamma radiation around, it doesn't seem like it could be anyone else. The giant footprints also point to the Hulk. Although the footprints have turned the ground to glass with all the radiation given off.

When Samson suggests they exhume the body to further investigate, they are interrupted by the new Winter Guard. Even though they were invited there by the Russian government, they don't care. S.H.I.E.L.D. was invited yet Samson, She-Hulk, and Ross are not agents. Samson finally snaps and punches Red Guardian, telling him to back off. The fight begins.

The battle is stopped when Thunderbolt Ross fires his gun into the air several times. He tells them that while they were dancing, he found a survivor of the town. A little girl is mumbling the same word over and over in Russian. Iron Man asks what she is saying and Darkstar says she's saying, "Red."

In the Alaskan Frontier, a lone figure is lying in the snow, wearing nothing but tattered pants. He gets up and sees a huge fire at an oil pipeline just over the hill. He says to himself, "Rick Jones, what've you gotten yourself into this time?!"

At the Gamma Base in Death Valley, Nevada, Ross and Samson enter the base. After going through a ton of security measures, they finally come to the person they came to see. Locked up, Bruce Banner tells them he was wondering when they were going to go to him for help. 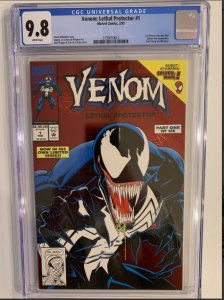