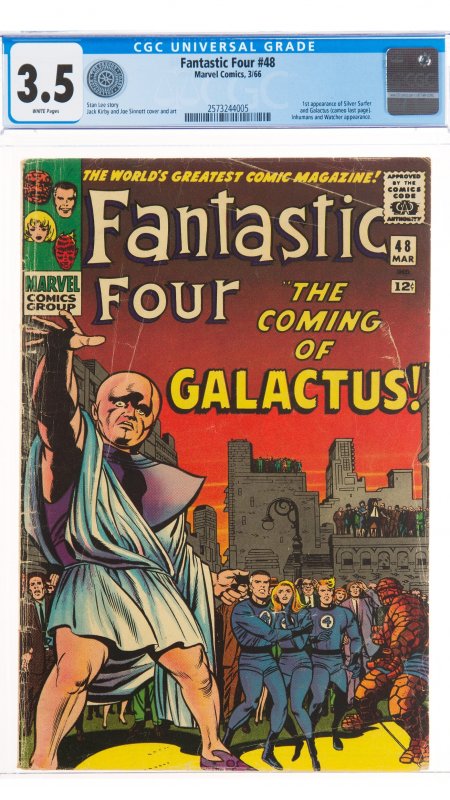 The ATMOGUN erupts the entire palace and the Fantastic Four are forced to deal with the consequences. Black Bolt's evil brother Maximus and the empowered Galactus are behind this evil scheme!

The first appearance of the Sentinel of the Spaceways and his divinely empowered master.......Galactus.

Issue #48: The Coming Of Galactus!

The conversation between Reed Richards and Black Bolt (of the Inhumans) has come to a staggering halt as the palace suddenly erupts with the violent vibrations of the dread ATMO-GUN, a device capable of wiping out non-Inhumans from the face of the Earth!

The Gun has been covertly set off by Black Bolt’s evil brother, MAXIMUS. He believes that once the citizens of the Great Refuge see he has wrested the world from the hands of men and given it to the Inhumans, they will return him the crown.

What the twisted ruler doesn’t realize is that despite what they may have believed, Humankind and Inhumankind are, in fact, related. The proof lies in the fact that all humanity is still standing after the Atmo-Gun assault, utterly unaffected by the threat! Medusa speaks for Black Bolt, stating that this is evidence that Humans and Inhumans must work toward the day when they can live side by side.

With nothing left to lose, Maximus reverses the charge on the Atmo-Gun, creating an impenetrable negative zone between the Hidden Land and the rest of the outside world! The Torch beats his fists against the dome, with no effect. A crushed Johnny asks Reed if it will be possible to ever cross over to the Great Refuge again, but Reed declines a reply, knowing full-well the devastating answer.

Meanwhile, out in Space, an intergalactic warrior speeds toward Earth with deadly intent. He is the SILVER SURFER, and he is coming to Earth to claim the planet for his master GALACTUS, a titan who consumes the life-giving energies of planets!

The Watcher has been observing the Silver Surfer on his journey. Though he cannot act directly, using a Matter-Mobilizer, he attempts to misdirect the Surfer’s searching eyes by creating cover for the Earth; first by fire, then with space-debris. But all is for naught, for the skilled Silver Surfer maneuvers through the asteroids with ease. Upon landing, he fires off a cosmic beacon into Space - the signal that will bring the planet devourer to our home!

Ben attempts to stop the Surfer, but it is too late, and minutes later, a giant spaceship arrives. Its inhabitant steps out - Galactus Has Arrived! 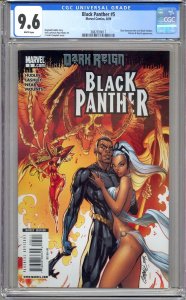 View All
Interested in creating your own Giveaway? As a Store owner, they're a great way to create buzz, reward your audience, and attract new followers and customers. Learn more now .
Submission failed
Form submission failed, please try again or report to support@hipecommerce.com
Commit: 0596690b_aa34bf5864