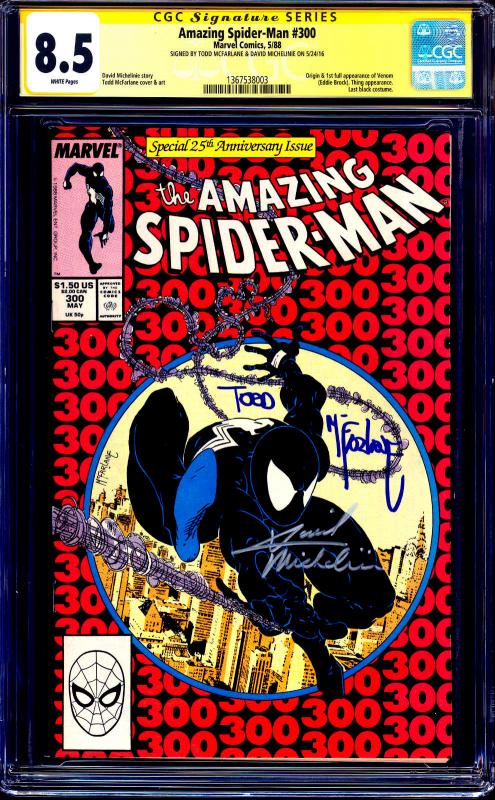 The First Appearance of VENOM!

The return of Eddie Brock! And red-and-blue Spider-Man! Is Venom still holding an irrational grunge against the wall-crawler? This is a symbiote smack down you won’t want to miss!

Since Amazing Spider-Man #252, Spider-Man has had a black costume. After discovering it was a live symbiote he beat it (In Web Of Spider-Man #1)and started wearing a fabric version. But now...the symbiote has returned...

After 'Venom' surprised Mary Jane at her apartment last issue she is in total shock. Peter comes back and tries to help her get her thoughts together. He knows that Mary Jane is quite a tough woman, so whatever did this to her must have been really horrible.

Mary Jane can't stay at the apartment that night because it scares her so much so her and Peter stay in a hotel that night. She then tells Peter that they can move into the luxury Beford Towers. Mary Jane has the idea to get some pre-move pictures so Peter swings (literally) over to his old Chelsea Street apartment to get his camera...and the Fantastic Four's sonic blaster for the symbiote.

As he's walking out, someone's following him. So he ducks into an alley and swings off as Spider-Man to get away.

While Peter is having dinner at Aunt May's, we go to Our Lady Of The Saints Church where a man talking to himself until a security guard tells him to stop because he broke in. But all of a sudden the black symbiote comes over the man and he kills the guard despite not wanting to. "But nothing can in the way of our plans! Nothing will!" he says.

Meanwhile, at the new Parker residence, some of their friends are helping out moving stuff into their new apartment. Peter's talking to Robbie Robertson out on the balcony when he see's the symbiote swinging past and rushes off!

Spidey follows the symbiote to an abandoned building where they fight for a bit until Venom reveals his identity as Eddie Brock! An origin story follows that tells of Brock being a journalist for the Daily Globe and writing articles about the Sin Eater a few months back. He says he got a call from a man claiming to be the Sin Eater! Of course, Brock writes a story about it but when Spider-Man reveals that really Stan Carter was the Sin Eater Brock was fired, The Globe was a laughing stock and his peers questioned his ethics. And Brock blamed Spider-Man for all this, if he hadn't of butted in, none of this would've happened...

Then, just as he was about to commit suicide, he was asking for forgiveness at the Lady Of Our Saints Church when the symbiote fell down onto him! They were joined...and he knew everything about Spider-Man! So now Brock had the power to destory his most hated enemy.

Back in the present, Spider-Man is just about to jump for the sonic blaster when they start fighting again! Spider-Man thinks he's knocked out Venom with a steel girder so he decides to go off, think of a new plan when all of a sudden he's swung back into the building by Venom and knocked out!

When he wakes up, Spider-Man finds himself in a huge web ball inside the bell of Our Lady Of Saints Church! Venom is going to kill him with extreme sound from the bell. The clapper starts and only Spider-Man's super-strenght saves him the first few times, but he can't keep it up for any longer. So he holds on to the bell and that rips him out of the web ball! So now it's for Round Two with Venom.

They start fighting on the roof of the church when Spidey devises a plan. The symbiote must have a limited amount of webbing; and it must of used most of it to make the huge web ball, so if Spidey kicked Venom off he would shoot webbing up to save him, but if cut the webbing (with a bit of sharp roofing he found), Venom's webbing reserves would deplete! So he goes ahead with the plan and it works. Brock falls but is still alive, along with the symbiote. So Spidey takes them both (they're knocked out) to the Fantastic Four headquarters where they are kept in a special tank until a special prison cell can be made for them at the Vault.

And soon, Peter is at home talking to Mary Jane. She says she doesn't like Peter wearing the black costume, it brings back the terror of Venom sneaking up on her, and Peter agrees. So, Peter ditches the black costume and put's on the good ol' Red And Blues! And as the last page says: "The Legend Begins Anew!". 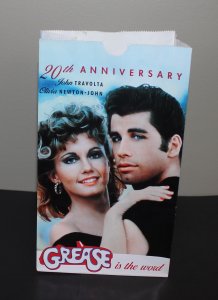 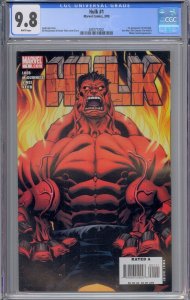 View All
Interested in creating your own Giveaway? As a Store owner, they're a great way to create buzz, reward your audience, and attract new followers and customers. Learn more now .
Submission failed
Form submission failed, please try again or report to support@hipecommerce.com
Commit: bfb27b58_9e3769bbab